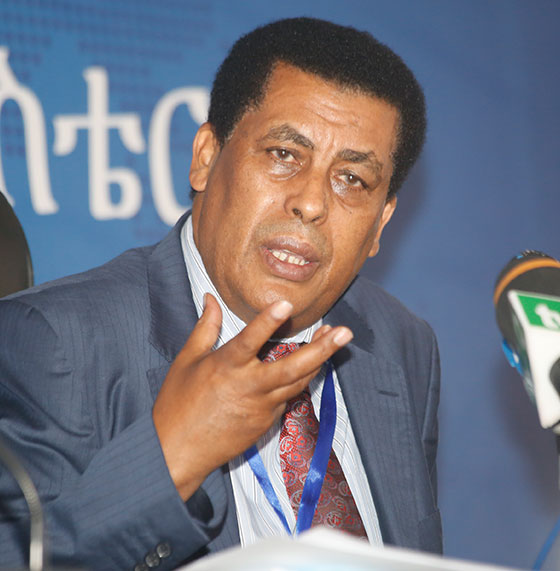 Officials of the Ministry of Foreign Affairs have pursued Prime Minister Abiy Ahmed's pledge before parliament to close no less than 31 missions abroad, in a manner Dina Mufti, the spokesperson, described as "rightsizing" instead of downsizing. But the missions will be downsized in number and either merged with others in their vicinities or their heads designated to work as 'laptop ambassadors,' serving from the home office.

The decision is seen as a major departure from the past when the opening of the missions was taken as a policy to advance economic diplomacy in attracting foreign direct investments and boost the country's diplomatic presence. A few missions, including the consulate in Minnesota and the embassy in Asmera, have been opened since the Prime Minister's ascent to political power.

The latest move in closing the missions comes following an address the Prime Minister made to parliament a little over a month ago. Prime Minister Abiy has made his misgivings public about the running cost of diplomatic missions in the aftermath of his administration's feud with the west in the international diplomatic sphere. It is a measure that coincided with mounting pressure on the federal government and its allies over the worrying situation in Tigray Regional State, where 5.2 million people need urgent humanitarian assistance.

“Instead of spending all the forex here and there on the embassies, at least 30 of them should be closed, and the ambassadors can work from here,” said the PM during the parliamentary session on July 5, 2021.

The Ministry of Foreign Affairs operates with a budget of 3.7 billion Br this year, close to a billion Birr more than last year. Out of the total budget, 325 million Br was appropriated to economic and business diplomacy, 815 million Br for international relations, and 172.9 million Br for public diplomacy.

Late in July, all Ethiopian diplomats, barring ambassadors and heads of finance, were instructed to report to Addis Abeba by August 21, 2021, to attend a three-week session in reorientation. The schedule has been pushed to mid-September to allow the army of diplomats to settle before sitting for the sessions.

"Members of foreign missions have been recalled and will go through re-training," said Dina Mufti, spokesperson of the foreign office, during a weekly briefing held last Thursday.

Some diplomats have chosen not to return, according to sources close to the matter.

Letters notifying the 31 missions, which account for over half of the country's total, of the closures have already be sent out.

The decision to downsize came abruptly, with no formal study carried out, unlike during previous reforms when the Ministry would deploy professionals to determine the path to follow, a diplomat claimed.

"In the Ministry’s century-old history, there has never been a 'restructuring' of this magnitude," said another diplomat, adding that the sudden nature of the closures has been a challenge in terms of settling personal matter and official duties.

Dina dismisses such claims. The decision was made based on the findings of a study conducted by a committee. He also argued that the reform should not be termed a downsizing, choosing instead to employ the word "rightsizing."

The closures are expected to be finalised by October, while the consulate in New York remains active under Taye Astkesellasie. Embassies in Brasilia and Ottawa will be folded into Washington DC's portfolio.

Three consulates in China – Guangzhou, Shanghai and Chongqing – will be closed, while the embassy in Beijing and the consulate in Hong Kong remain open.

Embassies in Dublin, Accra, Seoul, Doha, Stockholm, Dakar, and Kigali, are among those which will continue providing services as 'laptop ambassadors.' The same is true for the embassy in Cairo, where Markos Tekle serves as an ambassador.

Such a practice is common in light of a change of government as ideologies and relationships with countries evolve; it should not be thought of as a catastrophic phenomenon, says a foreign policy expert who requested anonymity.

"There were times the country had very few missions, and at times it was oversized," he said. "The critical issue is finding balance."

According to the expert, the closure of missions is not a black and white matter that should be classified as either right or wrong. He added that while some of the closures might indeed be a wise decision, others, such as the embassy closure in Cairo, could spell trouble in securing national interests.

"It is natural that the closure of over half of the diplomatic missions in such an abrupt and unprecedented manner will have an impact on our diplomacy," said a diplomat.

Following the reorientation, there will be a redeployment of diplomats to missions, but a significant number of those recalled will be assigned to federal agencies, according to people familiar with the process.

The Dangers of Spoilt Foreign Investors

Ethiopia`s State of Affairs Calls for an All-inclusive, Comprehensive Dialogue