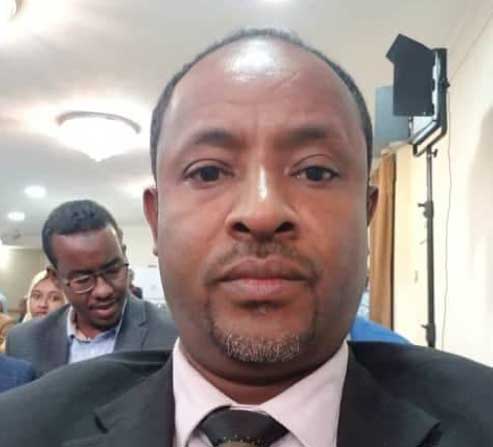 The National Bank of Ethiopia (NBE) has approved the first president of the nation's second fully-fledged, interest-free bank (IFB), Hijra. Dawit Keno, who has been serving at Commercial Bank of Ethiopia (CBE) as vice president in charge of resources & credit management, was named Hijira's CEO as of January 27, 2021.

Dawit has three decades of experience at CBE under his belt, where he started his career as a customer service officer. He then landed a management position as a district manager in Jimma where he served for three years. Dawit later moved to Addis Abeba in a managerial role before being appointed vice president. Before moving to Hijra, he served for four months as VP of resource & credit management, a year as VP of financial management, and another year as VP of banking operations at CBE.

He was appointed after fulfilling the central bank's directive that requires chief executive officers of banks to have at least a decade of experience in the banking industry, five of which in a managerial position.

His natural growth in the industry made him an appealing candidate for the board directors, according to Mukemil Bedru, the board chairperson at Hijra, which secured a pre-formation license in June 2019 and obtained 9,000 shareholders who have subscribed for 1.2 billion Br worth of shares, of which 650 million Br is paid.

"Dawit's experience in credit, which is a tough area for banking, is another reason for the appointment," Mukemil said.

The new CEO will be in charge of operationalising the Bank, human resource recruitment, especially executive team members; procurement of core banking and digital banking technologies; and setting up the Bank's offices and branches. The appointee's last focus area is preparation of policy and strategy documents needed for the commencement of operations.

Dawit sees the novelty of fully-fledged, interest-free banking as an obstacle. He believes that potential customers will need time and convincing to subscribe to Hijra's services. But he also believes that the mode of banking bears a great opportunity for the sector.

Bringing the community seeking interest-free banking into the mix will have a positive contribution toward the country's economy and the community as well, according to Dawit.

Hijra originally anticipated being operational at the beginning of the Ethiopian new year. Still, the Novel Coronavirus (COVID-19) pandemic and the process of appointing its first CEO contributed to the delay, according to Mukemil.

The Bank had previously nominated Nuri Hussein, IFB vice president at CBE, to be the founding president of the Bank. The organisers forwarded the appointment to the central bank to get approval; however, it did not materialise after Nuri withdrew from the candidacy.

Dawit's new management team is expected to review and update existing documents prepared by consultants and the founders, who have almost completed compiling policy documentation and branding work.

"We're getting ready to open our doors with several branches over the next two or three months as the only compliance left was the appointment of a CEO," said Mukemil.

The unavailability of skilled personnel in interest-free banking and the procurement of technological banking solutions requires a high amount of forex, which will be burdensome for a newly formed bank, according to Mukemil.

Ibrahim Dawd, an expert in IFB with more than 12 years of consulting experience, agrees that interest-free banking in Ethiopia has its fair share of challenges.

Initiated a decade ago by Zem-Zem Bank, the formation of an interest-free banking system went through various challenges. Promoters of Zem-Zem started the process following the legislation of the interest-free banking proclamation. But their attempt did not materialise after the issuance of a directive that limited IFB to window service only. The Bank finally received and operational licence in September 2020

"At the time, there were barely any experts on IFB," said Ibrahim. "Since then, however, 11 banks have started adopting IFB through window banking services."

However, a year and a half ago, the central bank issued a directive that allows full-fledged IFB service, triggering many banks including Zem-Zem, Hijira, Zad, Kush, Huda and others to start the establishment process.

Ibrahim believes that there are more professionals than in the past, but it is still hard to find skilled personnel for managerial positions. Another barrier Hijira and other interest-free banks will soon face, according to Ibrahim, is the procurement of core banking technology that is fitting for an IFB.

"It is a global problem," said Ibrahim. "What the tech companies do is tweak the conventional core banking system."

Ibrahim recommends that it is important for the Bank to work with companies who design core IFB solutions widely used in Middle Eastern countries.

In the World of Fintech, Traditional Banking Gets the Boot