Rural, Young, Female: Too Likely to be Out of School


Feb 19 , 2022
By Tigist Solomon ( Tigist Solomon is passionate about socio-economic issues, especially in Sub-Saharan Africa. She can be reached at tgstsolomon@gmail.com. )

One of the fundamental rights of children is education, whatever the socio-economic status involved. Beyond the moral reasons for this the United Nations Convention on the Rights of the Child also obliges all member States to provide education to all children regardless of sex, race or religion.

Unfortunately, this is not always the case. In Ethiopia, a large proportion of adolescents, between the ages of 11 and 21, are lacking education services. For at lower secondary school ages, around half are not receiving education, according to the latest available data from the World Bank. It is not surprising as a recent project I was involved in conformed in rural areas of the Amhara and Oromia regional states, especially for girls. Despite the difference in values, language and tradition, they face similar living conditions as adolescent girls.

Girls that have gone to school usually attended up to grade four but never had the chance of going to school again, which tracks with the high dropout rates in rural areas. Those with access to education start school at a later age, probably at around 10. Dropout rates are high among adolescent girls as they have household responsibilities with no time available for going to school.

Furthermore, schools in remote areas are often inaccessible, requiring long walks. Inaccessibility of basic needs such as electricity for doing homework late also discourages girls from going to school. Another factor that prevents them is the limited attention given by parents to education with preference to child marriage to overcome the household burden. It is believed that married girls would generate income to support themselves and their families financially. Instead of going to school, the girls are busy doing house chores such as cleaning the house, cooking meals, brewing coffee, looking after cattle, fetching water and firewood and going to the market. These chores were part of their daily routines, giving them almost no time to play or study.

In my own experience, the girls do not complain of being busy with household responsibilities and were rather glad to get the opportunity to support their parents and relatives with chores and income generating activities. But even their work activities are not without difficulties. They have to walk kilometers every day to fetch water, collect firewood, and come back the distance carrying back-breaking loads. They risk attack by wild animals, as well as experiencing physical, sexual and verbal harassment during their long journeys. Neither are health centres easily accessible, often only reachable after treks inconvenient to public transport. Even then, they are not well equipped if the girls require intensive treatment.

The effort has gone into changing this unfortunate circumstance by the government and non-profit organisations to promote education, notably primary schooling in the country including in remote areas. Nevertheless, more advocacy for the accessibility of education to all children, including those whose parents have limited income and live in remote areas, should be done. It would eventually enable the government to have a good understanding of the living experience of children and adolescents living in poor households and in remote areas and thereby better oversee what they lack from their primary needs often considered as their basic rights.

Prioritising education and health as critical foundations to improving standards of living will initiate strategies and plans to ameliorate the living conditions of adolescent girls in remote areas to access education and protect their wellbeing. Access to education is a basic right of all children and parents and families should have a good awareness of this importance and need the necessary support. 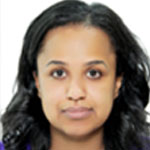 Young Musicians to Take Over Jamaica