Imagine that a crisis emerges in one's home, workplace, or community. The person neither created it nor benefited from it. And yet, they are bearing the brunt of the consequences, while those who did create and benefit from it continue to make the problem worse. For Africa, such an egregious injustice has become all too real.

Though Africa contributes only four percent of global greenhouse-gas emissions annually, it is among the regions most vulnerable to climate change and climate variability. Already, climate disruptions and crises are severely undermining human well-being and economic development, and water-related disruptions pose some of the most serious risks.

The Intergovernmental Panel on Climate Change’s 2021 report confirmed that global warming intensifies and accelerates the water cycle. Climate change will not only continue to fuel ruinous rainfall and flooding but will also cause more frequent and extreme drought in many areas. This means reduced access to drinking water in a region where one in every three people already face water scarcity daily. It also means more hunger, malnutrition, and even famine.

Madagascar is not alone. In the Horn of Africa, a drought is destroying crops and livestock in Kenya, Somalia, and Ethiopia. When people cannot access their basic needs at home, they are likely to migrate in search of better conditions, potentially exacerbating economic and political insecurity and compromising future prosperity. That has already happened in Angola, with persistent drought forcing thousands of people to seek refuge in neighboring Namibia.

But while those who have benefited the least from the activities that have fueled climate change could lose their homes, health, and livelihoods, those who bear the most responsibility for this outcome have not provided nearly enough funding to enable Africa to adapt. In 2009, rich countries pledged to mobilize 100 billion dollars a year by 2020 to help developing countries cope with climate change. But they fell well short, and the lion’s share of the funding was allocated for mitigation, rather than urgently needed adaptation measures. Whereas African governments estimated that they needed 7.4 billion dollars a year by 2020, Africa received less than 5.5 billion dollars (roughly five dollars per person) per year between 2014 and 2018, and funding for adaptation amounted to just 16.5 billion dollars – barely half the total for mitigation.

The UN Climate Change Conference in Glasgow last November offered Africa some reason for hope, as developed economies pledged at least to double their collective provision of adaptation finance to developing countries from 2019 levels by 2025. But even if they fulfill these commitments – no sure thing – more must be done to deliver water security to Africa.

The African Development Bank (AfDB) estimates that 64 billion dollars will be needed annually to meet the continent’s water-related needs. Yet, as it stands, only 10 to 19 billion dollars is being invested in water infrastructure in Africa each year.

To close this gap, African Union (AU) leaders last year adopted the Continental Africa Water Investment Programme (AIP), focused on accelerating investment in climate-resilient regional, transboundary, and national water infrastructure, such as dams, irrigation systems, water-management information systems, and sanitation facilities. The AIP estimates that, by 2030, it will be able to leverage some 30 billion dollars of investment in these areas, creating at least five million jobs.

Moreover, the African Ministers’ Council on Water has co-convened a High-Level Panel on Water Investments, together with the UN Development Programme, UNICEF, the AU Development Agency, the AfDB, the Global Center on Adaptation, and the Global Water Partnership (GWP). At its inaugural meeting last September, the panel adopted a roadmap for mobilising international financing for water investments and accelerating policies to achieve the UN Sustainable Development Goals.

The WASH (Water, Sanitation, and Hygiene) initiative, being pursued by the Southern African Development Community with GWP support, is also advancing vital water-related objectives. By installing hand-washing facilities at border posts across the region, the initiative will help to stem the transmission of infectious diseases, thereby facilitating intra-regional trade and economic activity and, ultimately, contributing to the realization of the African Continental Free Trade Area (AfCFTA).

But, as with all these initiatives, success depends significantly on funding. That is why African countries and their international partners have developed the Water Investment Scorecard, a data-driven approach that, by tracking progress, will help to sustain pressure on decision-makers.

Africa did not cause the climate crisis, but African leaders are taking the initiative in developing strategies for coping with it, including its impact on the continent’s water security and sanitation. The question is whether those who are most responsible for climate change will put their money where their mouth is before it is too late. 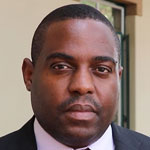 Alex Simalabwi is executive secretary of the Global Water Partnership in Southern Africa and GWP’s Global Head of Climate Resilience.

The Art of Meetings: Done Right, They Compel, Not Bore

Crisis in the Horn: An Attempt to Choke Ethiopia