March 28 , 2020
By Henok Girma ( Henok Girma is a PhD student at KTH Royal Institute of Technology and the focus of his research is on the moral implications of traffic safety policies. )

It is just a few weeks now since we came to know of the passing of Caleb Meakins, an energetic young entrepreneur and an up-and-coming public figure in Ethiopia. Caleb was supposed to fly to London on the night of the accident, but his taxi crashed, leaving him with severe injuries.

It took hours before he was finally taken to a private hospital, where he was sadly denied treatment, because he was unable to pay the amount of money asked by the hospital upfront. He was rejected despite the fact that he was losing blood due to his injuries and was clearly in an emergency.

As a result, precious time was lost in taking him to a public hospital. Caleb died several days later due to complications from the accident.

Although the specifics as to what led to the occurrence of the crash in the first place are still unknown, social media and some close acquaintances have continued to blame parties believed to be responsible for this tragic loss. Some argued that the taxi hailing service provider he was using was to blame. Others blamed the hospital and medical professionals where Caleb was denied medical treatment. It is quite normal that specific targeting and blaming of individual parties would follow a fatal traffic crash. But one thing is clear. No matter who we blame, no matter where we point our fingers in search of a potential culprit, we will not bring back the lives of the thousands that lose their lives annually on Ethiopian roads.

This is not to deny the importance of blame. It has a huge role in shaping the way people behave and act in society. By assigning blame, we show people that we condemn their failure to act and behave in a certain morally acceptable way. Also, we blame for the consequences of people’s actions, or inactions, when these lead to some socially undesirable consequences, even if there is no legal responsibility involved.

Moreover, by blaming people, we expect recognition from the "responsible" party that they do not repeat similar actions in the future. It might also be that by blaming we expect some level of restitution on the part of those we deem to have behaved unethically or immorally.

Primarily, blame is mainly about past actions. In road safety, we blame drivers and medical professionals usually after something terrible happens. However, in addressing the public health problem of road traffic fatalities our major goal should be the prevention of severe accidents in the first place and not blame people after they have already been involved in a crash. The emphasis of road safety work should be on ‘what must be done now’ and not on ‘who should be blamed for fatal crashes’ once lives are lost.

If we put the prevention of fatalities and serious loss of health at the forefront, then our focus should be on what must be done to reach our goal. We had emphasized education, training and media campaigns so far, and I believe these measures should continue to be promoted. However, we can also go further.

There are some untouched strategies and interventions we can and should explore. Thus far, we have neglected the potential of road environment, vehicle safety and emergency service provisions. This is because we mainly think that the problem is the bad driver and that education and enforcement could solve the problem. We have failed to design a systematic solution to a systemic problem.

The second point about blame ascription is that it usually tends to be too reductive and simplistic. In road safety, it is quite common that when a crash occurs people tend to select one factor from among the many different contributing factors for the crash and present it as the "cause" of the crash.

Caleb’s accident and the ensuing social media rage is a good example. Many people are blaming individual parties they believe are the cause for Caleb’s death, despite the fact that his death is a result of many different factors.

What was the speed at which the driver was operating his vehicle? Was he drunk? What were the safety features of the vehicle? Does it have a seatbelt, airbag or other safety features that could have protected Caleb from the severe injuries he sustained? Was Caleb wearing a seat belt, if there was any? What was the nature of the road? Would this crash have been prevented if there was a different road design? Why was the emergency system not available to support him?

All of these factors could have contributed to Caleb's death. However, it is usually drivers and medical professionals that are presented as the main culprits for accidents and the consequences that follow.

We do not see huge media uproars against the high number of unsafe cars, a great number of which would not be allowed on roads in many countries of the world, or against a government that allows the importation of vehicles with questionable safety standards. In addition, studies indicate that a significant number of traffic crash victims in the country die before getting emergency treatment; however, it is only seldom that we ask for the institution of effective and efficient emergency services. Nor do we usually demand safer road designs from the road authorities.

Evidence from countries that have hugely improved road safety shows that up to 95pc of road traffic injuries can be prevented by improving the non-human aspect of the road transport system, such as the vehicle, the road and emergency services. It is because of this that in many countries the major responsibility for road safety now rests on those who can make changes to these aspects of the road transport system rather than on individual road users.

Road authorities in these countries are responsible for instituting safe road infrastructure and vehicles have to fulfill strict safety requirements to be allowed on the streets. These are things that we should also emphasise in Ethiopia if drastic safety improvements are to be achieved.

Unfortunately, we are not doing that currently as we continue to blame individual parties after serious crashes have occurred. If we have to assign blame, let us blame those who could have done something to improve the state of traffic safety in Ethiopia.

Let us honestly admit that we are responsible for the death of thousands of Ethiopians by failing to do what we could have done to prevent their death. We all share the blame, but usually we are the blamers. This is, however, understandable, since it has long been asserted that people have a tendency of attributing success to internal factors and failure to external ones. We, as a society, have failed to ensure the safety of our citizens in the road system, and we blame others, usually the weak and the vulnerable, for our common failures.

Thirdly, moral blame, similar to legal liability, is usually assigned to actions intentionally pursued. This means that we do not normally blame people for unintentional actions or the consequences of such actions.

We blame people for consciously behaving in some ways even though there is no serious negative consequence that ensued due to the action or their way of conduct. This element of “intention” has become particularly important in road safety work. We know that speeding is a common factor in road traffic crashes, and we tend to blame drivers who are driving too fast. There are also legal penalties for traveling beyond the speed limit.

However, empirical research indicates that most people who are involved in speeding are not always doing it consciously; meaning that most speeding is not intentional. This has made it morally problematic for safety authorities to continue blaming drivers.

Rather, traffic authorities are now shifting to the implementation of new innovative road designs and car technologies to help drivers operate their vehicle within acceptable speed limits.

Good examples are technologies that physically prevent drivers from accelerating beyond a certain acceptable level of speed. This usually involves speed governing mechanism or automatic speed adaptation systems. Therefore, rather than always blaming drivers for unintentionally speeding, a good question to ask is what percentage of motor vehicles in Ethiopia have these safety features, and what is the government doing to make sure that these and other safety features are instituted in more vehicles. 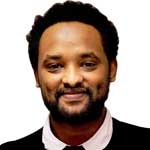 Henok Girma is a PhD student at KTH Royal Institute of Technology and the focus of his research is on the moral implications of traffic safety policies.

Education System Can Do with Less Whip Cracking Yanetas