Preparations to consult, test and ensure that every measure is taken to safeguard not only against the pandemic but also against any potential violence and intimidation that could mar the legitimacy of the process should come first in Ethiopia's upcoming election, writes Joshua Castellino, executive director of the Minority Rights Group International.

After a devastating year in Ethiopia that witnessed wide-scale killings and war in the Tigray Regional State amid the deadly pandemic, the decision to push back the elections to June 21, 2021, must be welcomed with caution. With the size of the challenge ahead and the lack of trust in the air, it is imperative that international observers closely monitor these elections. The EU’s decision to cancel its election observation mission ahead of the elections when they were initially scheduled for June 5 presented a profound setback.

With the elections now back on the calendar, the onus lies heavily on the Ethiopian government to demonstrate that it can attend to the huge governance challenge in a non-partisan manner while working actively to ensure that the elections will be safe as well as free and fair. This may also require a review of potential candidates who are barred, on the condition of full commitment to peace by all actors. The warning signals of running elections during the pandemic from across the Indian Ocean should serve as a deep reminder of the consequences of getting this wrong if the government does not shoulder its responsibilities.

Last year has seen growing insecurity as ethnic identity-driven politics is being brought to the centre stage. In a country as diverse as Ethiopia, this always threatens to pose an existential risk to all communities, irrespective of their own identity. The federalist structure of Ethiopia, envisioned in the 1994 constitution, was ostensibly designed to create a base to enable the country to address sharp developmental challenges while restoring peace and stability after the horrendous years of the Derguedictatorship.

In notionally embracing the principle of regionalism and the devolution of power to regional states based on ethnic identity, the constitution gave the appearance of seeking to grant autonomy in a bid to stem the divisiveness of identity politics. However, history suggests that such efforts fell significantly short, with central authorities seeking to ensure control of regional administrations.

Now the very seams of the vision of a multi-ethnic state appear to be at stake.

The year has been particularly disastrous for minorities, that is, for groups that are numerically inferior and in non-dominant positions compared to the rest of the population within their region. These communities have fallen victim to hate that has led to mass killings, expulsions and flight. The identity of these communities has varied depending on the region, but minorities in the Amhara, Somali, Afar, Oromia, Benishangul-Gumuz and Tigray regional states have all fallen victim to an unfolding humanitarian crisis.

The ability of disparate communities to bond together to fight adversity is often a key rallying point to foster trust and bring about mutual interdependencies. But in Ethiopia, the politics of division has instead been facilitated to echo louder than such actions. Concerted attempts, accentuated through social media trolling and the spread of misinformation on the part of specific groups and attempts to censor and control narratives on the part of the government, have fed a febrile environment of mistrust attempting to divide Ethiopians into manageable political constituencies.

Against the backdrop of the pandemic, this failure to govern will prove costly. Urgent preparations on an emergency footing have been necessary for over a year now to curb the spread of the Coronavirus, ensure effective prevention measures, gear up the health sector to address existing and potential health emergencies, and devote energy to seek out international collaboration in the acquisition of preventative, mitigating and curative health remedies. Yet, as trust in government has eroded, the authorities’ ability to make and enforce rules has dipped sharply, resulting in the further spread of infection.

The short and immediate term pandemic realities also mask the equally urgent need to combat climate change. In Ethiopia, the visible deterioration caused by climate change is getting increasingly hard to ignore. Rural areas in southeastern Ethiopia that rely heavily on the climate for food security face acute crises documented to affect generations of children. Poorly designed development strategies have yielded dependence on monocultures, which are exponentially depleting human resilience when coupled with deforestation and temperature rise. Such situations, replicated in other parts of Ethiopia, require urgent, focused and strategic governance. Addressing the problem requires action now, but society’s priorities have been diverted elsewhere, compromising the futures of many. As with governmental effort to curb the pandemic, the early promise shown on environmental management, such as the social forestry scheme of two years ago, has not been followed up. Environmental degradation is becoming exacerbated by the overuse of chemical fertilisers across the country.

While hate speech and fake news compromise the present, it is their ability to devastate the future that is most alarming. It is imperative that the Ethiopian Human Rights Commission collect and submit its evidence on the Tigray conflict in a free and fair manner to ensure that delay is not used by the government to seize and control the narrative in a bid to apportion or deflect blame. Work must also continue towards making complete preparations for the elections. The international community must stay closely involved to assist and ensure a comprehensive monitoring process.

It remains equally important in the interim to prioritise preparations: to consult, test and ensure that every measure is taken to conduct these elections safely – safeguarding not only against the pandemic but also against any potential violence and intimidation that could mar the legitimacy of the process.

Transparency is also crucial; the authorities must map out the steps they will be taking in preparation for the vote, especially in areas where polling is still being delayed. What Ethiopia sorely needs to emerge from this process is a government that will be trusted by its population, which they can entrust with the delicate job of governing in a manner that pays heed to the needs of all communities and not only those who are loyal to it. 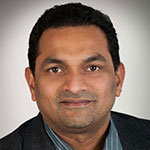 With Public Apathy on the Rise, COVID Could Be Here to Stay

It Might Not be Prefect, But Election Could be Step in Right Direction

“We don’t want to be part of an election where EPRDF will be the only winner.”