The central bank's deadline for maintaining five billion Birr in paid-up capital is approaching. It is time that commercial banks consider mergers and acquisitions, which could benefit the financial sector, writes Yigermal Meshesha (yigermalet@gmail.com), a banker with over a decade of experience in the industry.

There is a proverb that is very helpful to keep in mind: “You cannot put new wine into old wineskins.”

It is a virtue and a rare definition of change.

The only constant thing is change. But it is not just that; it is also a vital and critical mission of modern societies. There are many shreds of evidence and examples for enduring change, be it drastic or gradual, that one may take as a case in point. Still, it could not be as interesting as the change in the banking industry in Ethiopia, which has thrilled me every day as an insider.

In the past 15 years, in congress with the macroeconomic paradigm, the banking industry (commercial banks) has shown an archetype shift. From resource mobilisation, customer base and geographic expansion to the introduction new channels, digital accessibility, and provision of credit products – the industry has made impressive progress.

This has brought about significant employment opportunities and access to savings. Access to credit and financial literacy have not developed as much, though.

As the competition intensifies, new players are aboard and coming. A war-torn economy and mounting regulatory requirements (both global and local), indicators are telling a story. This collective result shows, however, that the industry is thriving with exponential potential in some parameters.

Notwithstanding the fascinating consolidated results of the industry, there are also banks dwindling in many key performance indicators. It could be deposit contraction, soaring sick loans, and significant liquidity problems that were triggered since the pandemic. The industry is heavily affected by the war and enduring policy developments mainly from the regulator, excluding factors brewed within the organisations and key partners.

From unofficial data, three of the six medium-sized banks and three of the 10 small-sized banks have shown deposit contraction from last year. It has compelled them to fight for liquidity even with high cost while paid-up and total capital of these banks has increased by 10pc and six percent, respectively. It could help them strengthen their capital adequacy and capacity to absorb shocks.

Four banks have already surpassed the requirements from the central bank to meet the five billion Birr capital threshold by June 30, 2026. Four other banks are getting close. The central bank is expected to strictly adhere to the directive and follow up on the proposal submitted by commercial banks on how to raise the additional capital within the deadline. It is detrimental as augmented capital helps avoid the economic costs of banking crises and enables them to stay solvent.

The growing demand for provision of credit to the private sector, equitable and healthy credit environment, and monetary expansion, are also factors requiring balance sheet expansion. The single borrower limit, portfolio risk, and many quotients are calculated based on the basic components of the balance sheet: capital, asset, and liability.

Given the motivation to facilitate ease of doing business and policies pursued by the government to uphold access to finance, further financial sector liberalisation is more likely. Sheltering the domestic banking industry from foreign players may not continue, and investment banks would be here soon. The advance to dive into the capital and money market is a good example of liberalisation, which is expected to contribute positively to macroeconomic conditions. But it will require resilient human capital, technological capability, and economy of scale.

It is essential to increase market share, access more geographic points, diversify risk, and enhance a new portfolio of talents to stay competitive. No less critical is maintaining a sound financial position, which is about strong capital base, wider balance sheet size, and rewarding bottom-line. All of this could be accomplished through synergised business decisions, which could mean the prospect of mergers and acquisitions.

A merger consolidates two or more companies into one large entity made for economic or strategic reasons. The business and management of both companies are fused as one. Acquisition occurs when a company (the “acquirer”) takes over another by buying a controlling interest.

The experiences of Kenya and Nigeria in the past three decades offer valuable lesson.

With a population of around 54 million and an annual GDP of 106 billion dollars, Kenya is one of the advanced economies in Africa. It has seen 34 mergers and 15 acquisition since 1989. These decisions were motivated by the need for increased capital and network and market share expansion. The merger and acquisition deals have benefited the economy benefited to the value of around 900 million dollars.

Nigeria is a country with a population of 206 million and an annual GDP of over 432 billion dollars. With the banking reform Nigeria’s central bank undertook to restore public and global confidence, 89 banks merged since 2004. This has brought a significant yield contributing to the growth in real GDP for Nigeria.

The experience of these countries is used as a model of change. There are 46 and 22 banks in Kenya and Nigeria, respectively, with a capital adequacy ratio above 15.3pc in 2018 (from 1.8pc in 2010) in Nigeria and a growing asset and capital base of commercial banks in Kenya.

Ethiopia’s banking industry is not on the Island of Sentinel, growing through old challenges. It is vital to bring new players and exciting innovations. Building a shock-absorbing level of capital base, gearing up towards foreign and disruptive competition, and understanding the global banking paradigm change equally indispensable. Now is the time to start the talk between the directors of banks and influential shareholders to create synergy to build top tier banks in the region through merger. 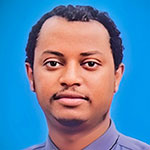 Yigermal Meshesha (yigermalet@gmail.com), a banker with over a decade of experience in the industry.

Time for Central Bank to Revise Interest Rate on Savings

What can people do to protect themselves and others from getting the new coronavirus?