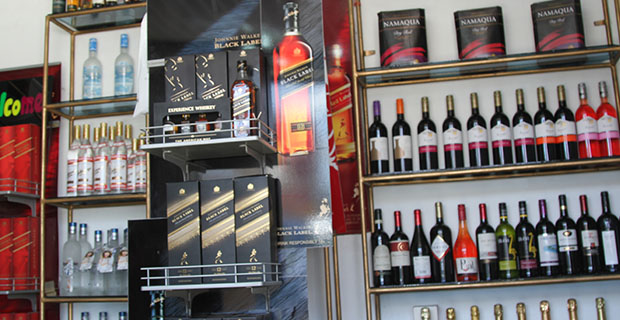 For alcohol products, such as wine and beer, the Ministry designed a new formula for valuing the excise tax, according to sources close to the case.

A new bill has been introduced by the Finance Ministry to amend the nation’s excise tax law in an effort to standardise taxation. The amendment, expected to be ratified by January 2020, is expected to raise the price of goods considered socially harmful, such as alcohol and tobacco, and luxury products.

The new bill, which has been sent to the Council of Ministers for deliberation, will levy taxes on excisable goods such as tobacco based only on the selling price to suppliers and not the cost of production. For alcohol products, such as wine and beer, the Ministry designed a new formula for valuing the excise tax, according to sources close to the case.

The bill will also exempt salt, educational toys, laundry, dishwashing machine for domestic use and toilette waters from the excise tax regime. The Ministry also plans to introduce excise taxes to plastic bags on the bill that took six months to draft.

“The current collection system is far more complex to administer and liable to undervaluation,” said Mulay Weldu, tax policy director of the Finance Ministry, of the excise tax law that was originally introduced in 2002 and has since been amended twice.

Goods such as soft drinks, fuel and bottled water will be taxed based on the selling price to suppliers, albeit at different rates, according to the draft.

Thus, the bill levies excise taxes on such goods before costs related to the value-added tax (VAT), the cost of excise stamps and the cost of returnable containers are added.

The current proclamation levies taxes on 19 types of goods, ranging from automobiles to clocks and watches, within the range of 10pc to 100pc. While 50pc excise tax is levied on beer, the charge on liquor could reach 100pc. The excise tax on tobacco products stands at 75pc.

“This scheme prevents under-invoicing by eliminating the need for an arduous process and tax base computation,” said Mulay.

The initial draft presented by the Ministry to manufacturers for discussion levies 60pc tax on the selling price of the goods. This drastic change reduces the company’s revenues, levels of employment generated by the sector and the sectoral contribution to overall GDP, according to members of the Ethiopian Brewers Association.

Following the discussion, the Association sent a report to the Finance Ministry arguing that the initial draft raises the retail price of a bottle of beer by 300pc to an average price of 60 Br.

The report highlighted Kenya’s experience following the government’s decision to raise excise tax on beer by 43pc, which did lead to a positive effect on government revenue but led to the loss of billions of Kenyan shillings for value chain players.

Manufacturers instead proposed excise taxation based on the volume of production or an incremental rise in the tax rate to 40pc over a period of four years.

The rate was finally structured as the cost of production minus 15pc multiplied by an ad valorem rate of 40pc or a minimum specific excise of 15 Br for every litre, whichever is higher.

The average adult Ethiopian consumes 12.6lt of alcohol a year, of which beer comprises 55pc, while around nine percent are smokers, according to the World Health Organization.

The introduction of the new bill is part of the economic policy reorientation to the Homegrown Economic Reform Agenda unveiled by Prime Minister Abiy Ahmed’s (PhD) administration in September.

Within this framework, the government plans to take a series of measures to shift the economic landscape of Ethiopia, including reforming tax laws to boost domestic mobilisation.

Yohannes Woldegaberial, a tax law expert who was a prosecutor of the former Ethiopian Revenues & Customs Authority, argues that it is crucial for the government, which collected 11.4 billion Br in excise taxes in the past fiscal year, to consider the impact of taxes on the value chain.

"The ambitious plan of the government to unleash the potential of revenue sources in the form of tax revenue and domestic savings mobilisation must be balanced with the bottom line of the value chain players," he said.

Fortune was unable to reach Yayehyirad Abate, director of corporate affairs at the National Tobacco Enterprise, by email.

State of Emergency Should Not Inspire Worst Instincts of Gov't

Gov’t Needs to be Clinical about Regulatory Approaches
Share this...