Sep 6 , 2020
By Mekdelawit Messay Deribe ( an independent scholar researching the Nile. She can be reached at mekdelawitmessay@gmail.com. )

The Grand Ethiopian Renaissance Dam (GERD), perhaps the biggest flagship project of our lifetime in Ethiopia, is expected to bring multi-faceted benefits to the country. The large amount of energy that the GERD will produce will have a ripple effect in combating some of the major chronic developmental issues facing Ethiopia beyond greater access to energy. The brunt of these shortcomings - be it food insecurity, access to water, education, healthcare or jobs - fall heavily on women. Inevitably, addressing them will confront issues critical to them.

Women constitute half of the Ethiopian population - the disadvantaged half - and, as such, they are the foremost recipients of any (dis)advantage of development endeavours. Given that the GERD will have a significant contribution to the economic and social development of the country, it is important to closely study its implications on the welfare and development of women.

Only 3.5pc of women in Ethiopia have access to clean fuel and technologies for cooking, while access to clean water stands at less than 25pc, according to the World Bank. The average per capita electricity consumption in Ethiopia was also about 133kWh in 2019, which is nowhere near the world average of 2,674Kwh, according to Our World In Data. In Egypt, this stands at close to 2000KwH.

“How does Ethiopia survive without energy and drinking water?” asked Yonas Biru (PhD) poignantly in a piece headlined, “The Missing Link in the Nile Discourse: Business Community, Women,” [August 22, 2020, Vol. 21, No 1060] in this publication.

“The nation rides on the shoulders and backs of women,” was his answer. “They are its energy in servitude, until death.”

Indeed, women in Ethiopia are disproportionately responsible for household duties such as fetching water, cooking, cleaning and collecting firewood. This is especially the case in rural areas. This takes a significant amount of time out of their days. Moreover, travelling several kilometres in search of water and firewood often jeopardizes the safety of women. This has curtailed female access to education and increased the dropout rate of girls from school.

Education plays a key role in ensuring that girls are capable and well-equipped to take on the challenges of the world. The gap to accessing clean and affordable energy that the GERD will help fill would mean that women would be relieved of some of the burdens of collecting firewood for daily energy needs. This would free up a significant amount of their time, increasing their chances of attending and staying in school.

In addition, access to electricity in homes directly correlates to the performance of girls and women in education as they can spend more time on their schoolwork. There was an increase in the enrollment of girls in evening classes in Tunisia following changes that increased light around public spaces since parents felt more confident about the safety of their daughters on their way to school and back, according to a 2012 report by Ashden, a London-based charity, on access to energy’s impact on women.

Access to clean energy would reduce health problems that are attributed to the use of firewood or biomass, which affects up to 80pc of rural women in parts of Ethiopia, while exposure to household air pollution is responsible for 46,000 deaths annually, according to a 2018 study at the University of California. Access to energy also permits modern drilling technologies for water extraction and transfers, increasing widespread use of wells for freshwater.

The GERD as a source of energy for cooking and power for water extraction frees women from travelling several kilometres every day to fetch water and firewood and reduces the physical threats that women commonly experience in terms of sexual and physical assaults, including rape and pregnancy.

Studies have also shown that there is a direct correlation between access to electricity and increased income generation by women. This is because energy access eases the household burden on women by allowing them to have more time and longer days to pursue other income-generating activities and side jobs, which make them financially more independent. About 11pc of women in households with electricity were engaged in income-generating activities such as sewing and handicrafts in the evenings compared to a mere 5.6pc in unpowered houses, according to a 2003 study undertaken in countries in South East Asia.

In South Africa, women’s employment increased by 13.5pc after electrification, in contrast to a four percent increase for men. A study in Brazil also reinforced that women with access to electricity were seen to engage in income-generating activities, making them better off financially.

Better access to energy also means a more stable supply of electricity for existing industries and service sectors, allowing them to operate at full capacity while also attracting more industries to open. This would create more job opportunities for women. Access to education, jobs and subsequent access to finance are instrumental in reducing the gender gap and enhancing the capacity and empowerment of women. This would have notable implications for family planning. It is also the case that women with access to education and alternative income generation activities have lower fertility rates.

Access to energy is also directly related to better exposure to information and media, which, especially for women, would mean greater access to knowledge and increased awareness of their rights. More access to information also helps in widening their worldview as well as inspiring and equipping them to go further.

Increased access to information for women reduces the vulnerabilities they are exposed to by making them knowledgeable and aware of the recourses they can pursue in case they become victims of injustice. Access to media has also resulted in better awareness of gender issues and rights, less inclination to arranged marriages, more participation in family decision making and higher levels of female empowerment in both Asia and South America, according to the Ashden report.

Historically, women have been carrying the burden of poverty in society. Access to energy will be instrumental in alleviating poverty with more specific benefits to them. Though the benefits are enormous, it does not mean that the GERD or access alone is the silver bullet to solving the multi-faceted problems women face in our society. There is still a long way to go in terms of making sure women are equal participants in our society and equal beneficiaries of economic, social and political opportunities.

Access to energy can be a starting point for a meaningful move to uplift women if coupled with deliberate and targeted policies. This can be the catalyst to capitalise on and serves as a foundation for the emancipation of women. The GERD stands tall as a ringing bell tower, signaling freedom for women in Ethiopia. 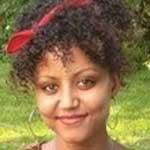 an independent scholar researching the Nile. She can be reached at mekdelawitmessay@gmail.com.

Getting African Women into the Boardroom

Loud Reminder to Protect Own Ears