French Influence Outside Its African Preserve, Inside Ethiopia


May 14 , 2022
By Hakim Benbadra ( Hakim Benbadra is a Pan-Africanist with a sound understanding of the dynamics in politics and economics between African countries and with foreign partners. He can be reached at hakim.benbadra@gmail.com. )

The 2022 presidential election, held last month, gave President Emmanuel Macron a second term as France’s head of state. He is only the second person this century to get two terms, and with Europe up in arms over the Russia-Ukraine crisis, he is in a unique position to define French influence beyond its usual preserve.

One place France would like this to happen is the second-most populous nation in Africa, Ethiopia. It is an African country that has never been colonised and is far from the French sphere of influence. Yet, I was amazed at the European country's impact on Ethiopia – an influence that the French call "amitié franco-éthiopienne."

The construction of the Ethiopian-Djiboutian railroad strengthened a relationship that dates back 125 years, which a newly-built one by China recently replaced. The French presence is reflected in the important activity of its diplomatic chancellery, in the numerous cultural events organised by the Alliance éthio-française – one of the most active foreign cultural centers – and especially in the educational action of the French high school which welcomes many Ethiopian schoolchildren.

France does not suffer in Ethiopia from the same image as in its former colonies. The French-speaking Ethiopians are mainly former students of Lycée français who were educated in the French system and sometimes even went to study there for all or part of their college years. It is really interesting to note this work of French soft power in the Horn of Africa outside its historical preserve that is Djibouti. In addition to the cultural influence, there is also the presence of leading French companies such as Total, Canal Plus and Castel.

Indeed, Ethiopia is a "neutral" country for France and its influence policy in Africa. No colonial baggage, the benefit of a positive image relayed by Western culture and its fantasy of Paris, the romantic city par excellence, as well as a French-speaking and Francophile local upper class make the former Abyssinia a country where France's interests are defended without a hitch.

There are other foreign influences in Ethiopia. France is not alone. China, Italy and the United States are influential. None of them has such an intense cultural activity. France's influence stops at the gates of diplomacy and culture, with a few of its champions making inroads.

On the contrary, these other countries play with their economic power. China is pivotal in the development of Ethiopia's infrastructure and it is not uncommon to see roads or parks in honour of the friendship between the Middle Kingdom and Ethiopia or even with the continent. The many Chinese workers on construction sites do not even appear that out of place anymore.

China is also the country with which Ethiopia had the largest trade deficit of over four billion dollars in 2017. And its neighbour Russia is secretly interfering in the geopolitics of the region. I randomly witnessed the discreet inauguration party of the Russian AFRICOM in Addis Abeba in an upscale neighbourhood of the capital.

As for the United States, it is home to the largest Ethiopian diaspora abroad and has strong ties with it. American soft power is such that anyone perceived as white is first identified as potentially American. US culture is everywhere, from music to burgers to the use of English. Ethiopia is one of the few non-English speaking countries where I have met locals who speak the language of Tupac extremely well without having left the country. The United States is, above all, a major geopolitical ally for the country. It is the one that dictates the tempo and has made Ethiopia the guarantor of the regional order in the Horn of Africa, even if the relationship has been damaged by recent developments in the north of the country.

Finally, there is Italy, which in a few years has left an indelible mark with spaghetti and the famous dish "Ethio-Italy," which consists of spaghetti on injera (flat bread). Ingenious! Its influence is less than that of the two aforementioned powers but remains honourable among the Europeans.

And in all of this, France is doing its best with its cultural diplomacy and its private sector champions. It applies its usual policy of influence in English-speaking countries, making its way between the two behemoths – China and the United States. 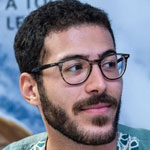 Hakim Benbadra is a Pan-Africanist with a sound understanding of the dynamics in politics and economics between African countries and with foreign partners. He can be reached at hakim.benbadra@gmail.com.

The Irrelevance of Formal Education in Ethiopia