Ethiopia's gig workers should be able to seamlessly sell their services from one centralised platform, such as a gig exchange market, writes Bernard Laurendeau, managing partner at Laurendeau & Associates.

Kenya, with a population of a bit over 50 million, had five million gig workers, according to an assessment issued by Mastercard in 2020. The report further showed that 80pc of gig workers accessed gigs through mobile and 60pc of them joined a digital platform in the last two years.

With Ethiopia’s youthful population quickly reaching 115 million, informal gig workers exist in the millions. Although digital platforms for gig work are only recently emerging, there is a great potential for them to scale to create millions of decent jobs in the next few years.

However, these platforms should not scale in silos. They should come together to accommodate the future of work where gig workers who have different skills want to make themselves available in a way where they control their schedule and decide how far they wish to travel to deliver their services. In other words, in a country like Ethiopia, a female gig worker should be able to provide rides on ZayRide from eight to 11am after she drops her kids at school in the morning, then become a nanny from 11:30am until 1:30pm on Gooday, tutor students from two to 3:30pm using Astegni before she picks up her kids from school at 4pm, then spend her late evening designing graphics for a client she found through Freelance Ethiopia.

In the future, gig workers should be able to seamlessly sell their services from one centralised platform.

What would such a centralised platform look like? Look no further than stock markets.

With very complex labor laws and legacy systems, it might be difficult for western countries to implement such exchanges.

The situation is different for emerging economies. These countries can indeed leapfrog and become trendsetters by designing and implementing bespoke labour exchanges.

Each country has its own idiosyncrasies. It is important to customise the exchange to local laws and design it based on the capabilities of local gig platforms. Nevertheless, the maturity stages of implementation remain the same for any emerging economy.

Ultimately, in its mature stage, the Ethiopian Gig Exchange (EGX) for the gig economy of a whole country would be financed by investors. Like the stock market, investors can win or lose when they invest in impact tokens. The case for Ethiopia here is bright. The foundation is already available.

Existing generic gig platforms in Ethiopia - among others, Gooday, Taskmoby, ShegaMuya, PickPro, Gigs Ethiopia and Fetan - are brought together into an alliance so that an early stage framework on the path to an EGX can be initiated. More platforms focused on delivery, taxi-hailing or logistics (verticals) can be brought into the fold to create a larger framework (horizontally), breaking the silos while allowing each platform to thrive and scale. The framework would then incrementally grow into a super-platform and ultimately into an exchange.

Ethiopia should be setting the trend on top of following. In June 2021, the Ethiopian Parliament approved and enacted a capital markets proclamation. A Capital Market Authority and the Ethiopian Securities Exchange will become operational in 2022 with public-private partnership arrangements.

The coming of a capital market in Ethiopia is of utmost importance not only for large corporations, but also for startups (including that in the Gig Economy) that have the potential to launch an IPO in a few years, creating an exit opportunity for investors. However, this has been a long time coming.

Where Ethiopia could truly trail-blaze and become a trendsetter would be with the establishment of the EGX, an innovative and disruptive way for finally cracking the tough nut of job creation. In Ethiopia, two million individuals enter the labour market each year, which means that the economy needs to create close to eight thousand jobs every business day – a ticking time bomb that the EGX can defuse. 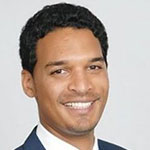 The Precarious Strings behind Ethiopia’s Politics

What's Interest Free for Banking, Takaful for Insurance on Market