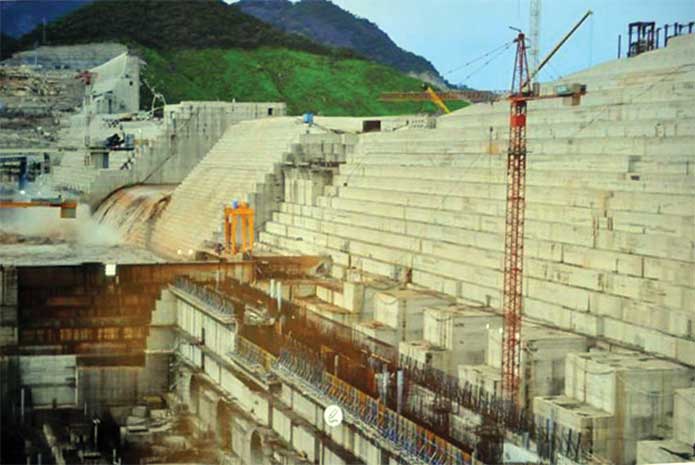 Amid a bitter standoff with Egypt over the construction of the Grand Ethiopian Renaissance Dam (GERD), Ethiopia is considering cutting the installed capacity of the Dam by 1,300MW.

The Dam that has been under construction since 2011 was planned to have an installed capacity of 6,450MW of power. However, the project office of the Dam proposes to slash the installed capacity to 5,150MW, decreasing the number of turbines to be installed for power generation. The project office has already forwarded the proposal to Ethiopian Electric Power and is waiting for approval.

“Installing the turbines will only raise the overall cost of the Dam while having no significant effect on the capacity factor," Kifle told Fortune.

Upon completion, the Dam will generate 15,760GWh of energy a year on average.

"Having additional units would inflate the cost of the dam," said Kifle. “Thus, it will be ideal if the country invests the money that would be used for the three turbines on other dams that will generate additional power and energy."

While reducing the number of turbines, there will not be a change in the head of the Dam and average water discharge. The maximum dam head is 145m, while the design head is 123m. The water that will be impounded in the reservoirs will be 74 billion cubic metres.

"Megawatts don't show the real size of a dam," said Kifle, "rather the amount of the energy it generates [over time] does."

Feasibility studies that were previously conducted show that the most feasible installed capacity of the Dam is 3,500MW, according to sources close to the case.

Consuming close to 99 billion Br, the Dam has been under construction since 2011 and currently reached to 68.6pc completion. It was started with a target of being completed in five years for a total cost of 80 billion Br. However, after nine years, the project has not begun generating power and already has close to 20 billion Br in cost overruns. To complete the Dam, the country needs an estimated 40 billion Br.

The construction of the Dam is undergoing three major works - civil, electromechanical and hydro steel structure. The civil work that reached 84.5pc completion has five components - a main dam roller-compacted concrete, the saddle dam, the powerhouse, a gated spillway and the switchyard.

Out of the 10.7 million cubic meters of roller-compacted concrete, 8.5 million cubic metres of the concrete is filled so far, pushing progress to 80.2pc. The construction of the saddle dam, a wall built at the edge of a lake or a reservoir to protect nearby land from flooding, is almost done, reaching 14 million square metres. The construction of the two powerhouses, which generate power, has reached 69pc.

The construction of the spillways, which ensure that the water does not overflow and destroy the dam, has reached 96pc, while the switchyard towers and high-voltage power lines that deliver electricity to the grid have reached to 67pc.

Electromechanical works of the Dam, which includes the installation of the turbines, has reached 25pc. Most of the procured nine turbines have reached the Dam, while the remaining are in shipment. So far, nine units of turbines were manufactured by Alstom and Vioth. The French Alstom Corporation supplied five units of turbines, while Voith Hydro Shanghai, a Germany-based Chinese firm, manufactured four units.

The construction of the hydro steel structure of the Dam has reached 15pc.

Resettlement of the area, which is handled by the Benishangul Gumuz Regional State, has also reached 70pc completion. Out of the 5,360 households who will be relocated due to the project, 4,360 households have already relocated. The construction of a road, a hospital, a police station and other social services are underway.

While construction of the Dam is progressing, negotiations between Egypt and Ethiopia recently grew tense. The lower riparian country, Egypt, has expressed its concerns on the project and the impact to its water share, since the country relies on the Nile for up to 90pc of its freshwater and fears the dam will restrict already scarce supplies.

Last week, Sameh Shoukry, the Egyptian foreign minister, shared his concern to the parliament, stating that Ethiopia is moving forward with the operation and filling of the Dam.

"It is unacceptable and a clear violation of the Declaration of Principles and will have negative consequences for stability in the region,” he said.

In September 2018 water ministers of the three countries had discussions on the findings of the National Independent Research Group over the water filling and filling operation of the Dam. The Research Group recommended that Ethiopia can hold the water in the reservoirs when it is over 65 billion cubic metres and should overflow the reservoir when the water is below 35 billion cubic metres.

During the meeting, the Egyptian Water Minister had agreed with the finding of the study, however, he changed his mind after going back to Cairo, according to sources close to the case.

Recently, Egypt came up with a new proposal on the conditions for overfilling the reservoir, demanding that Ethiopia overflow the reservoir at 40 billion cubic metres, which was not accepted by Ethiopia. This raised tensions between the two countries yet again.

"Since the Dam is almost ready for water filling," said an expert who is closely following the case, "Egypt is trying its last option to stop the Dam."

After Ethiopia's rejection of the new proposal on the water-filling plan, Egypt has called for the intervention of the United States to mediate the dispute. Two years ago, Egypt called the World Bank to intervene in the negotiations, which was rejected by Ethiopia at the time.

"Egypt is presenting itself as a victim," said the expert, "and mediators always favour victimised countries. And using this, Egypt aims at stopping the construction of the Dam."

“We can’t agree with this," he said. "We'll prepare our counter proposal.”

“Ethiopia is an eternal truth.”

Middle-income Status For the Taking in Ethiopia, with Emphasis on Political Openness

Reconciliation: Underrated Element in the Transitional Justice Process of Ethiopia

Ethiopia, US Ally to End Tuberculosis