Sep 6 , 2020
By Ristu Fekadu ( Ristu Fikadu is a former export manager and currently works as a senior customer relationship manager at a financial institution. He can be reached at ristufekadu@gmail.com. )

Most people that have responsibilities, particularly in the financial services circle, believe they are in control and are seen suggesting policy initiatives and economic reforms. Indeed, policy prescriptions clearly rely on predictions that are merely considering multidimensional issues. However, one has to be careful not to fall into the trap of the illusion of predictability.

Many, especially "reformists," feel a sense of exuberance or invincibility while speaking of "home-grown economic reform" in conjunction with previous or existing macroeconomic key areas or factors especially associated with financial sectors. This is while other main actors, such as banks seem preoccupied with digitisation as the answer to many of their problems, something that is also big in the policy circles.

Clearly, the reform is wide-ranging and ambitious, but it is important to ask if it is attempting more than it can process and understand. A big part of the enthusiasm revolves around digitisation. Particularly, these are areas such as artificial intelligence, big data and the fusion and reliance of technology with almost every discipline.

One of these disciplines is finance. It is a part of the economy that has not been explored and, in turn, does not contribute as much to the economy. Regarding the use of technology, our financial system is outdated and operating in a world of smartphones.

Is the industry ready to change then, from a people and process perspective?

A notable observation to be made here is that disrupting the financial sector is way beyond the traditional banking services we associate it with. Banking is finance, but finance is not exclusively banking. The latter deals mostly with savings and lending, but finance considers a whole range of factors such as investments and redistribution of risk. This is why advances in computer technology affect how decisions in financing and risk management are made, substantially affecting the distribution of resources in an economy.

In Ethiopia, finance is usually associated with accounting or bookkeeping, but it incorporates numerous areas of science and social fields. Banks are just the tip of the iceberg when we discuss financial revolutions.

Who can comprehend the sector well to control it and predict the process and outcomes reasonably well? Is it policymakers? How reliable is the readiness of non-state actors? Are we biting off more than we can chew?

Success in the near future is not guaranteed because of the disparities of financial literacy. This is even the case for those in the financial sector, between those that regulate it and the banks, both of which are serving as drags on one another. It is commendable that policymakers now see the urgency of joining the global race in financial products and services, but it is questionable that major players such as banks are ready for it.

Despite recent challenges of liquidity, the financial sector, however traditional it may be, has been rather resilient. Through thick and thin, the banks have been delivering impressive profits. But rarely have they shown the necessary agility needed to be competitive in a modern financial system.

There is some merit to be found in the stress test these banks would be put to as structural changes are made in conjunction with the Homegrown Economic Reform Agenda. We have yet to see if the banking sector, safely under the umbrella of a protective central bank for a long time, can produce “shocks” in the form of disruptive innovation. We are even more behind in terms of being able to say whether it can absorb disruptions, adapt and evolve in response to them.

Banking, as we know it, is going to change since financial technology companies are coming to the sector to transform it for good. It could be debatable, but the financial platform for the future is not going to be traditional banks but rather the technology firms.

Look at technology firms such as Apple and Samsung that are changing the way we transact. Traditional banks should worry. They have access and offer convenience to parts of the population that banks have a hard time reaching. They have a record of being non-bureaucratic and utilise novel ways of enticing and seizing customers through technology services they already offer.

True, Apple and Samsung are not normally thought of as fintech companies. But advances in technologies such as artificial intelligence show that it is technology companies that will be instrumental in revolutionalising the sector.

In fact, the advancement in the financial service is changing before the ink is dry, while we are dragging our feet on the formation of banks. In other economies, blockchain users are increasing, making the utility of crypto-currencies a possible rival to cash. Proper readiness and knowledge of how to handle the upcoming new norm is critical.

The issue seems to have the government’s ear. Recently, a strategy to address challenges to digitisation was recently developed by the government titled "Digital Strategy for Inclusive Prosperity 2025." There is recognition that Ethiopia lags behind peer countries such as Kenya, Ghana and Rwanda.

While disrupting financial service, which goes beyond traditional banking, much will be riding on the government’s initiatives and its effort to address critical gaps. Though banks appear to be energetic, they are falling behind, while state actors are looking more proactive.

It is a complex process that requires a concerted effort. There will be failures and growing pains, but disruption is inevitable. 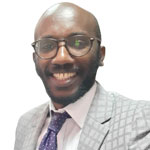 Ristu Fikadu is a former export manager and currently works as a senior customer relationship manager at a financial institution. He can be reached at ristufekadu@gmail.com.

Ethiopia Can Stem the Tobacco Scourge