February 29 , 2020
By Jesse Jackson ( Jesse Jackson is an prominent American civil rights activist and the founder and president of Rainbow/PUSH Coalition. )

Egypt has locked horns with Ethiopia over the Grand Ethiopian Renaissance Dam (GERD) that Ethiopia is building on the Blue Nile river. The drive for Ethiopia to build the dam is a desire to harness its potential hydropower and lift its people out of poverty.

The sources of the Nile River are the Blue Nile and the White Nile. The Blue Nile, which constitutes over four-fifths of the volume of the Nile waters, originates in the Ethiopian highlands. The White Nile traverses through Tanzania, Rwanda, Burundi, Kenya, Uganda and the Democratic Republic of Congo and South Sudan before it meets with the Blue Nile in Sudan and flows into Egypt with a unified name: The Nile. The Nile eventually empties into the Mediterranean Sea.

The conflict between Egypt and Ethiopia has its roots in a 1929 agreement between Egypt and Great Britain regarding the usage of the waters of the Nile River. Great Britain, as the colonial master of Sudan and the other Nile Basin countries, signed the agreement with Egypt. Ethiopia, a nation that has never been colonised, had neither representation nor a say in the agreement that denied it any right to the river.

In 1955, Sudan declared its independence from the British Empire. In 1959, it signed an agreement with Egypt that reaffirmed the 1929 agreement and allotted limited water shares to Sudan, leaving the lion's share of the water under the control of Egypt. Egypt and Sudan, two Arab countries, have the support and protection of the Gulf countries, leaving the poor and black countries of Ethiopia, Tanzania, Rwanda, Burundi, Kenya, and Uganda voiceless and rightless.

Egypt's illegal and illegitimate desire to have hegemonic right over the Nile is best described by Jutta Brunnee and Stephen J. Toope in a journal article titled "The Nile Basin Regime: A Role of Law?"

"The hydro-politics of the Nile is dominated by Egyptian hegemony played out in the spirit of controlling and owning the Nile rather than that of regulation or cooperation," they state.

Fast forward to 2011. Ethiopia rejected the colonial treaty and started to build the GERD at a cost of 4.5 billion dollars. The World Bank refused to help finance it, leaving the poor African nation no option but to mobilise the necessary funds from its nationals.

Every soul including shoe shiners and poor farmers bought government bonds to help finance the project. They saw the hydroelectric generating juggernaut as a source of indomitable Ethiopian independence and pride. Above all, they saw it as the centerpiece of their bid in their fight against poverty.

The Dam, the largest of its kind in Africa, is near completion and Ethiopia is ready to fill the reservoir. Egypt is now demanding that it must be involved in its management. Ethiopia plans to start filling the storage reservoir by July. Egypt wanted to impose stringent conditions that can delay it for at least 12 years. Most recently, Egypt demanded that its officers be granted a seat in the Ethiopian government to manage and monitor the dam.

After the Ethiopian government rebuffed these unfathomable, if not insulting, requests, Egypt's President, Abdel Fattah el-Sisi, called President Trump to get the US involved. The US agreed to play the role of a neutral observer in the mediation and invited the World Bank to join.

It did not take long before the US government and the World Bank started to do the bidding of Egypt. Hard as it is to believe, the World Bank is playing the same role that Great Britain played in stripping a black African nation of its right to its water resources.

There are several factors that are both puzzling and worrisome with the US intervention in the matter.

The US agency that is involved in the arbitration is the US Treasury even though international matters are the domain of the US Department of State. The Treasury and the World Bank are also using international aid to Ethiopia as leverage to force Ethiopia to sign an agreement that favours Egypt. Though the Ethiopian government insists there are fundamental issues to be addressed before it is ready to come to an agreement, the US Treasury and the World Bank are insisting that they will draft the agreement and they are pressuring Ethiopia to sign it on February 28th.

There is also public discord between the Departments of the US Treasury and State.

"A great deal of work remains, but I'm optimistic that over the coming months, we can resolve this," said Mike Pompeo, the US secretary of state, at a press conference in Addis Abeba, Ethiopia, on February 18, 2020. This is consistent with the statement of Gedu Andargachew, Ethiopian minister of Foreign Affairs, who stressed there are "outstanding issues that need negotiation."

There are just as many inexplicable actions related to the World Bank's involvement. In 2016, the World Bank played a role in resolving water conflicts between India and Pakistan. Its role was limited to procedural issues and underpinned by complete impartiality and transparency.

Would the US relinquish its sovereign right over the Hoover Dam on the Colorado river, giving Mexico (through which the river ultimately flows) control over the management of both the river and the Dam?

Of course, it would not. If Ethiopia is pressured to sign the agreement, it will be a colonial-like agreement both in spirit and substance that will give Egypt uncontested hegemonic power over Ethiopia's natural water resources. History and international law will forever condemn the US government and the World Bank for their role in reviving Great Britain's 1929 colonial treaty with a thinly guised veneer and obfuscated legalese to make it look like a 21st century treaty.

The African Union, Congressional Black Caucus, the Congressional Ethiopian-American Caucus and American civil rights leaders should stand by and with the government of Ethiopian Prime Minister Abiy Ahmed (PhD), winner of the 2019 Nobel Peace Prize.

All people of conscience and justice around the world need to condemn the neo-colonial treaty that the US government and the World Bank are imposing against Ethiopia, a peaceful nation whose only desire is to harness its natural resources to elevate its people out of poverty. 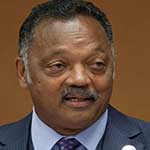 Jesse Jackson is an prominent American civil rights activist and the founder and president of Rainbow/PUSH Coalition.

The Republic Could Be No More

Delisting Ethiopia from AGOA Unwise Move by the US

Ethiopia! Wake Up and Smell the Stench