United States President Donald Trump’s brazen remarks — made on October 23, 2020, during the announcement of a breakthrough in the normalisation of relations between Israel and Sudan — adding that Egypt will “end up blowing [the Grand Ethiopian Renaissance] Dam of Ethiopia,” should be condemned. The President’s inexcusable statement is not in the interest of the people of Egypt, Ethiopia or the US, who are in the thick of combating the Novel Coronavirus (Covid-19) pandemic.

The Nile River, which stretches for over 6,600Km, is a finite water resource shared by 11 countries and millions of people. Eighty percent of the Nile water that gets to Egypt, including the soil, emanates from Ethiopia. These are facts that should have elicited a more considered and thoughtful response from the President.

The historic process damming the Blue Nile has waded through deserves some reflection. In the past, several Ethiopian governments had taken nominal steps to develop the Nile Basin. These were unsuccessful because of Egypt’s importance to the West, especially its close relationship and strategic importance to the United States and the bearing the country has on Middle Eastern politics.

Beginning in the early 1990s, things started to change as Ethiopia emerged after years of famine and civil war. Within two decades of the Dergue’s ousting, construction on the Great Ethiopian Renaissance Dam (GERD) began under late Prime Minister Meles Zenawi.

But such plans were to fly in the face of colonial-era agreements to which Ethiopia was not invited and allocated most of the water from the Nile either to Egypt or Sudan. It has created resentment among other Nile states, and calls for changes to the pact have abounded. It was already rejected in the 1960s by many African states, due to the Nyerere Doctrine, which does not hold colonial agreements sacrosanct.

The building of the GERD was funded entirely by Ethiopia through no outside help. It is getting closer to completion, and the first filling of its reservoir during the last rainy season has proven that it does not significantly affect Sudan or Egypt.

It is true, of course, that most Nile Basin countries are facing water scarcity, which is driven by environmental and demographic changes, desertification and land degradation. While the impacts of these factors vary from country to country, the bottom line is that the quantity of the current water flow of the Nile, which is tied to rainfall levels in the Ethiopian highlands and the equatorial regions, will decrease rather than increase in the foreseeable future. The need to negotiate and institutionalise a comprehensive water regime is imperative.

There is no international water law applicable to the specific circumstances of the Nile matter for the simple reason that no two river basins are alike. The International Law Commission (ILA) had established several covenants on equitable distribution of transboundary water resources: The Helsinki Rules (1966), The UN Convention (1997) and Berlin Rules (2004), which are not without problems.

Egypt claims the waters of the Nile are existential to its national security and that the GERD will affect the volume of water flowing down the Nile. Ethiopia has indicated the water will not be significantly reduced by the GERD, and in fact would be an advantage to Sudan and Egypt as it will help manage floods during rainy seasons. Ethiopia has also indicated, on several occasions, the whole purpose of the Dam will only be to generate electricity.

Meanwhile, Egypt has been busy building “facts on the ground” as bargaining chips in future negotiations. Egypt is in the process of building a new administrative capital in the desert, dozens of miles east of Cairo, which will need more water from the Nile River. Egypt also plans to reclaim part of its Western Desert through its mammoth New Valley Project, which will demand more, not less, water.

Whatever their differences, however, there is no alternative to a peaceful negotiation between Egypt and Ethiopia, including the other riparian countries, over the waters of the Nile. But President Trump’s statement is highly revealing and indicates he has failed to become an honest broker in his attempt to help Egypt and Ethiopia cut a deal over their disagreement regarding the GERD. The US president’s statements on Egypt “bombing the Dam” are unbecoming of a leader of a great power, who instead should seek a peaceful resolution to the dispute. 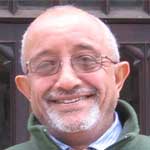 The war of words between TPLF and ADP

FACE OF THE CONFLICT

Cryptocurrency: There's Something There

The federal government is imposing a new tax, hoping to generate an additional 22 bil...

Agricultural authorities have backpedalled on a decision to raise the minimum price t...