Africans are increasingly unsettled. Since 2010, at least one million Sub-Saharan Africans have migrated to Europe, and the number migrating to the United States has also risen. These trends have spurred considerable political anxiety in destination countries. Yet efforts to address a major factor driving this exodus – the lack of employment opportunities in Africa – are failing to yield significant results.

The African Development Bank (AfDB) estimates that, unless stronger action is taken now, 100 million young Africans will be unemployed in 2030. To avoid such a scenario, the Africa-Europe Alliance for Sustainable Investment and Jobs, established last year by the European Union and African governments, aims to provide resources for education and skills training, strengthen the business environment and the private sector, and improve investment conditions.

Similarly, over the next decade, the AfDB’s Jobs for Youth in Africa initiative is supposed to equip 50 million young people with marketable skills and create 25 million jobs. Most of that employment will be in agriculture, where growth, the World Bank reports, is two to four times more effective in raising incomes among the poorest people than growth in other sectors.

To tap this potential, AfDB President Akinwumi Adesina has called for turning rural areas “from zones of economic misery to zones of economic prosperity,” which requires “new agricultural innovations” and the transformation of agriculture into “a sector for creating wealth.” Given that Africa has the world’s youngest population – 60pc of the continent’s inhabitants are under the age of 35 – this transformation also requires making agriculture “a really cool choice for young people.”

Already, 70pc of Africa’s youth reside in rural areas and work in agriculture, which is expected to be a trillion-dollar industry by 2030. The AfDB hopes to take advantage of this to foster a cohort of “agripreneurs,” and has invested nearly one billion dollars in this goal since 2016. Small and growing businesses currently account for just one-fifth of jobs in emerging economies, compared to three-fifths in the developed countries.

But there is a major barrier to agricultural development in Africa: scaling up any industry requires reliable, uninterrupted electricity, which much of rural Africa – home to more than 600 million people – does not have. Fortunately, there is a way to close this gap and create millions more jobs that reduce so-called distress migration: fully embrace and accelerate the development of Africa’s nascent distributed renewable-energy industry.

According to a new report by Power for All, an industry advocacy group, distributed renewable energy in Africa – which includes mini-grids and solar infrastructure for households, businesses, and productive purposes like irrigation – already directly employs as many workers as traditional power utilities. These jobs are largely “sticky” – two-thirds are full-time and long-term – and the majority are high-skill positions that command middle-level incomes. Young people aged 18-25 form about 40pc of the total rural-electrification workforce.

Africa’s distributed renewable-energy industry is just getting started. By 2022-23, the number of jobs in the industry is expected to double in Kenya and soar more than tenfold in Nigeria. According to one recent projection, off-grid solar alone could create 1.3 million full-time-equivalent jobs across East, West, and Central Africa, as well as South Asia, by 2022. Previous estimates suggest that, by 2030, the off-grid renewable-energy value chain could generate at least 4.5 million jobs, including entrepreneurs, technicians, distributors, and installers.

And that is only direct employment. According to the Powering Jobs report, for every job created directly by a private firm delivering electricity to rural communities via decentralized renewables, five “productive use” jobs (based on the application of a distributed renewable-energy product or service) may be created in the communities being electrified. This would include, for example, jobs in solar-powered milling, dairy processing, or cold chain storage facilities.

Yet creating jobs is just the first step; workers also have to be able to fill them. And, as the Powering Jobs report showed, Africa’s skills gap – in terms of both hard and soft skills (including in middle management) – is growing. The right technical, marketing, financial, and management capabilities are essential.

African governments and their donors and partners are already committed to investing in skills-building and job creation. Given the implications for employment, development, and migration, there is a strong case for channelling a significant share of that investment toward Africa’s distributed renewable-energy industry. 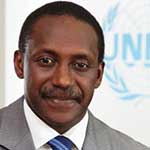 Africa Must Shift to Mechanisation to Attain Sustainable Development

The Press in Africa Must Press On, for the Sake of the Continent