Energy and Ethiopian Development: China Miracle without the Coal

Rapid economic transformation will follow the same path in Ethiopia as in China. This growth must be supported by a great increase in energy supply. If Ethiopia had abundant sources of coal, it would be burning it round the clock. The world has to be thankful that it is going by way of renewable energy, writes Mikael Alemu, CEO at 10 Green Gigawatt for Ethiopia.

The title for an eleven-page working paper published by Fatih Birol reads, “Africa has the most to gain from clean energy transitions.” The paper opens with a bold statement:

"Nowhere are the impacts of today’s high energy and food prices more destructive than in Africa ... Russia’s invasion of Ukraine – beyond the human tragedies that Ukrainians are enduring – has ... increased the strains on African economies already hard hit by the COVID-19 pandemic." It continues, "In efforts to keep electricity and fuels affordable African governments, utilities, and companies face severe financial difficulties, increasing risks of blackouts and rationing."

Birol is not only a prolific writer on LinkedIn (a passion that I am happy to share) but also an executive director for the International Energy Agency (IEA). The institution was established in 1974, right after the infamous oil crisis of 1973, when Arab countries decided to use an oil embargo as a political weapon in light of the Yom Kippur War. The most famous publication of IEA is the annual World Energy Outlook. Last month, it published an African Energy Outlook specifically focused on Africa. Ironically, no African country is a full member of IEA and only two African countries are associate members: Morocco and South Africa.

One cannot be surprised that a head of an agency with 547 employees and a 30-million-euro budget focused on global energy issues will think that "Africa navigates the shifting tides of the current global turmoil to ride the momentum of global clean energy transitions."

The opposite is true. African countries, including Ethiopia, are on the verge of an economic boom that will make the Chinese economic miracle look pale. Seven years ago, Bloomberg quoted Chinese shoemaker Zhang Huarong, the chairman of Chinese shoe manufacturer HUAJIAN, who said "Ethiopia is exactly like China 30 years ago." A columnist for the same news media, Tyler Cowen, wrote, "Ethiopia already is the ‘China of Africa’. They share fast growth, a strong national history and a sense that the future will be great.”

French strategic thinker and writer Pascal-Emmanuel Gobry wrote in TheWeek.com in 2018: "It is easy to see why Ethiopia self-consciously models its development strategy on China, as China is heir to one of the world's richest civilisations and has every asset to be a major global player.

"China's halting rise to superpower status strikes us in the West as an unanticipated event, but it is really a return to what should have been normalcy all along. ('When China awakens, the world's foundations will shake,' Napoleon is said to have remarked). Given the expected demographic decline of every region in the world except Africa, what happens in Africa will shape the future direction of the world, for good or bad. And within that, Ethiopia, with its size, strategic position in East Africa, and history, has all the assets to be a transformative country within a transformative continent."

Rapid economic transformation will follow the same path in Ethiopia as in China and almost every other country. Industries are to emerge; agriculture is to become intensive; irrigation to become abundant, and transportation ubiquitous. Agro-industry will evolve towards deeper (and more energy-intensive) processing technologies; agriculture logistics will add electrified cold chains; up-and-coming factories industries will churn out steel, cement, fertilisers, and abundant clear water will flow out of desalination facilities. Every step of this way toward future prosperity requires a lot of energy, mostly electrical energy.

The African Energy Outlook by IEA has established that African demand for energy will grow by 40pc in the next decade. I would like to invite my readers to see if this prognosis has anything to do with reality (spoiler alert: it does not).

Let us look at the recent energy history of China. Chinese energy consumption grew more than 30 times in several decades from pre-developed times to this day. While it is not likely that Africa or Ethiopia will get to the same level of industrial development as modern China in a decade, there is little doubt that energy demand will grow at least three or five times. This is 300-500pc; not the 40pc estimated by IEA.

“Clean energy transition” has nothing to do with our situation: neither Africa nor Ethiopia is transforming its energy system from ‘dirty’ fuels’ to ‘clean’ ones but rather creating new energy systems that are abundant and omnipresent. The insatiable call for energy will be satisfied at any cost: the same thing happened in China from the 1970s to the 1980s, when 20,000 primitive coal mines were working around the clock supplying cheap energy sources for a hungry and growing economy.

If African countries had easy coal deposits, they would be digging and burning them without any restraint and reservation, as England did 260 years ago or China just half a century ago. But the continent does not have accessible coal, and hundreds of international researchers maintain a dangerous illusion that we are not burning stuff to get electricity.

But we do. Ethiopia is creating half of its electricity from imported diesel oil. Every local business, farm, medical centre, hotel, restaurant and shop faces electricity interruptions, irregular voltage, and frequent failures of electric sub-stations.

This situation forces organisations to buy diesel generators: there are more than 50,000 diesel generators rated 375-kilovolt amperes in use and several times as many lesser generators, according to our estimates.

Such a solution is costly. It contributes to the two billion dollars spent to import fuel every year, and it will not get cheaper over time. One of the few certain things about the bloody Russian incursion into Ukraine is that it led to increased oil prices worldwide. And we should not overlook another component of “diesel oil-based electricity”: logistics. Today, Ethiopia has only 13 oil depots (tank farms) for its huge area of 1.1 million square kilometres. Getting oil to rural locations is prohibitively complicated.

Domestic energy sources – be it solar, hydro, wind, or geothermal – are our only way to energy abundance, not only a “smart choice” to avoid pollution. On the hand, it is proven beyond any doubt that burning carbohydrates leads to global climate disaster, and it is excellent that the developed countries are willing to commit substantial resources to clean energy transition. They are lucky that the African path to energy abundance lays on the same ‘clean energy route’.

IEA's Birol’s statement should be rephrased: “The world has the most to gain from African energy development, as Africa is developing clean energy.”

I do not have much trust in IEA’s analytical abilities. Still, I am happy to support IEA’s estimation that African energy investment would be over 190 billion dollars annually from 2026 to 2030, with two-thirds going to clean energy.

"Electricity will be the backbone of Africa’s new energy systems, and increasingly it will be generated by renewables, with solar leading the way," African Energy Outlook reads. "Solar PV is already the cheapest source of power in many parts of Africa, but it will be the most competitive source throughout the continent by 2030." 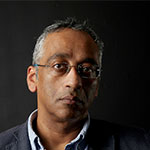 Ethiopian Funerals, a Way of Life