Egypt's Strategy for Water Hegemony Gets Old by the Decades

But this is only the operating assumption, reinforced through the assertion of historical rights and colonial-era treaties. Even the strategies it has been utilising have not only been counterproductive to bringing about understanding but have been unhelpful for its own position.

Primarily, this strategy has involved a continuous and relentless diplomatic effort to ensure that no country or institution will support any significant development project on the Nile or its tributaries by the riparian countries. This has been devastating to Ethiopia, given that it depends to a large degree on loans and aid to engage in large projects.

Another is the deliberate use of misinformation. This is not just related to muddying up the waters on the Nile discourse and getting unearned sympathy. It also includes creating a sense of insecurity among its own population to the point of believing that any development effort over the Nile is automatically damaging to Egypt. Divergence to the official line has been tantamount to treason.

The assumption in utilising these strategies is the belief by successive leaderships, past and present, that such strategies are foolproof and that they will work forever.

What are the realities today regarding these strategies?

Ethiopia has shown to the world, with commitment, dedication and sacrifice, that any country can realise mega projects using meagre resources. Destabilising activities can only have a short-term impact. With enough determination and time, nations are still capable of determining their destinies.

The diplomatic effort was always bound to be short-lived. Facts were not on its side, and Ethiopia was developing economically with speed rarely before seen. It became the master of its destiny and developed self-reliance, at least on this one issue. The construction of the Grand Ethiopian Renaissance Dam (GERD) is a symbolic example of the fact that the long-term aims of the country to free itself from development assistance are in certain areas coming to fruition.

Added to the fact that Egypt did not have truth on its side, Ethiopia has been able to get the other countries to at least doubt Egypt’s position. The disinformation campaign of Egypt – portraying itself as a victim of aggression by Ethiopia – has not been without its impact but has not been entirely successful. For any observer interested in Horn politics, it is evident now that Egypt is not a good neighbour, and the reason for this is partly the result of greater diplomatic effort by the government and Ethiopians.

What has now changed the situation over the Nile?

The construction of the GERD has upset the manner of engagement. The hegemonic water policy of Egypt over the river has been challenged like never before. A project that consumed billions of dollars, Egypt has been forced to justify before the world why it is against such a development project which will obviously benefit many Ethiopians and with no appreciable harm to the lower riparian countries, that is, Sudan and Egypt.

The upper riparian countries have also sought organisation and are increasingly asserting their rights to the use of the water in a concerted voice. The Nile is being defined as an African river, and that only Africans can have ownership over it has been entrenched in Ethiopia’s defiance of world powers to build the Dam.

There are lessons that Egypt should take from this. Its leaders have to recognise and accept that their strategies are not suitable for the 21st century, where regional hegemony is harder to sustain, and negotiations get better results.

The leadership should declare its independence from the long-serving, self-centred ideology and join hands with its southern neighbours for the common good and cooperate on building a prosperous region. The south is Egypt’s security and its resource. By joining hands with continental and regional institutions, it needs to become an active player in the shaping of Africa’s future for the good. This is not altruism but pragmatism.

It is even more important that it addresses its own shortcomings concerning water security. Egypt has been practising wasteful irrigation strategies for way too long. Making use of open canals, this practice is wasteful even without the likelihood of evaporation. In fact, over four-fifths of Egypt's farmland employs flood irrigation, according to the UN-FAO, the most wasteful type of irrigation there is.

The matter is not helped by growing crops such as rice, which require vast quantities of water and are not recommended for countries with adverse climatic conditions like Egypt. It has no ground for complaints before addressing such wasteful practices.

It is such a reality that Ethiopia finds hard to stomach, especially in the face of such a great opportunity for development.

The finalisation of the GERD will not be attended by expensive debt repayments to external financiers. But it will generate revenue for the nation and is even expected to bring foreign currency from the export of power. It is Ethiopia’s bid for self-sufficiency and economic independence.

There is also an externality to the GERD, which is Ethiopia’s demonstration to the world and its people that with determination and commitment, poverty is not an excuse for staying down. It is a signal of what can happen when people stand together, agree on a vision and work to realise it. It is critical to take the current momentum and embark on further grand projects.

This is a lesson of inspiration for other riparian countries or even the rest of Africa, which are artificially kept down in a world that is extremely competitive. 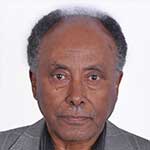 Gov't Writes Protocol, Strategy for Tourism Industry to Bounce Back