Crawl is the poor man’s A Quiet Place. It is scary and thrilling but utterly and unflinchingly forgettable as well. Christian Tesfaye awards 6 out of 10 stars.

If it was not for the fact that Crawl is a meaningless exercise in claustrophobia and herpetophobia, it would have been one of the best horror movies to have come out this decade. It is one of the most thrilling films of this summer season, packing shock, dread and excitement in a cool 87 minutes.

The film’s strength is in dragging its protagonist through hell. It pits an aspiring swimmer with about half a dozen hungry alligators and just lets matters run their course. The result is a cringingly good thriller.

The unfortunate protagonist is Haley, who in the style of recent female film leads, is empowered, fiercely independent and determined. An aspiring swimmer in college, she gets a call from her sister announcing that their father might soon be trapped in a category 5 hurricane. He is not answering calls, and neither does anyone know where he is. Haley is the closest to him, so she takes the initiative to check up on her father at his home.

She eventually finds him knocked out in the crawl space - hence the title - of their old family home. Apparently, he had gone down there to fix some pipes before an accident befell him. There is not much time for a heart-to-heart. Haley soon discovers that the area is infested with several alligators.

As grisly as this movie is, it does pander to some horror movie clichés. While the movie does prove that it can successfully create thrilling scenes, it also makes use of inferior narrative tools such as jump scares, always a sign of poor writing.

Similarly, this is one in a long line of 21st Century horror movies that are trying to tell 20th Century stories. Most horror movies can happen only if a group of vulnerable people are trapped with some sort of villain in some kind of place. But the introduction of cell phones into modern human society has substantially improved the chances of survival. Help is usually just a phone call away.

Consequentially, in recent horror movies such as Crawl, there is usually a scene dedicated to why the characters are not able to reach the outside world. Phones are either smashed, lost, or there is no reception. We have come to a point where such plot devices have overstayed their welcome, which can only mean that horror movies themselves are worn out.

This is one of the reasons that most of the successful modern horror movies do not rely on the characters being physically isolated. Take It Follows, The Babadook and Hereditary - all of them rely on psychological isolation of characters rather than on the physical. Otherwise, horror movies either take place in a different timeline where the availability of cell phones is of no consequence, as in A Quiet Place.

For all of the faults of Crawl, including being a completely forgettable movie, it is still one of the better horror movies of the decade. If it was not for the constant badgering of James Wan’s Conjuring and Insidious movies, the 2010s will go down as one of the golden ages of the horror genre. In fact, before the year is out, we will get Robert Eggers’, director of The Witch, The Light House, another boost to the decade.

Political estrangement has dawned in the house of the EPRDFites...

Ethiopia and Djibouti have realised a strategic partnership in their bilateral relati...

We have gone through rough times in search of democracy and prosperity over the past...

The squabbling within the negotiating team comes primarily from lack of clarity on who is in charge in providing leadership, claims gossip...

There has hardly been any issue that has galvanized Ethiopians - despite their many d...

A feud is raging between government through the liberalisation process...

A feud is raging between government through the liberalisation process and officials...

By the day, Ethiopians are inching closer to national elections on federal and region...

It is unbearable to pass by Qera slaughterhouse, let alone to live and work in that neighbourhood. Ironically, it is found in close proximit...

African leaders have failed Africa. From staggering mismanagement of welfare, fiscal and monetary policies to weak institutions, conflicts a...

There is an oxymoronic nature to the saying, “All men are born equal, but some are more equal than others.” But it fits perfectly well w...

It is hard to forget a teacher who makes an impression on us. I had one of those, and I would never forget his colourful eye-catching slides... 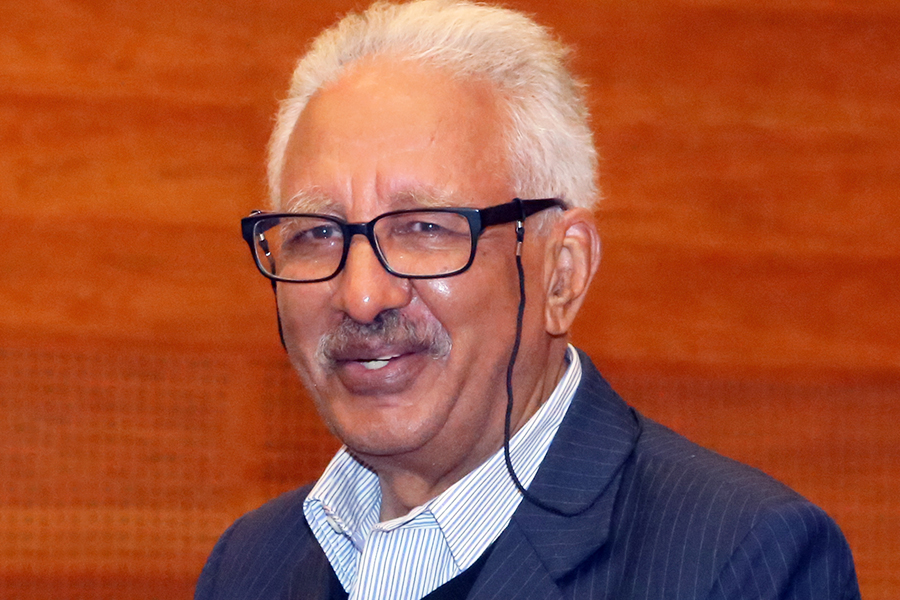 If approved by the Ministry of Finance, private companies can partner with the govern...

Entity Crops Up to Administer Land

A group of experts are expected to table a proposal to higher officials of the Ministry of Agriculture for the formation of an autonomous bo...

Mike Pompeo, secretary of state of the United States, was casual, affable and positive discussing Africa’s prospects in his meeting with V...

Makeshift public trash cans are placed across the streets of Meqelle, capital of the Tigray Regional State. This one, placed right next to a bus stop, is full to the brim and has flipped backwards, with its contents almost spilling over...