Capital adequacy is considered the most important measure in gauging the resilience of banks. But regulators and depositors have learned the hard way that this is not always true, writes Tarekegn Assefa (brooktarekegn@yahoo.com), who has nearly four decades of experience in the banking industry.

In the 1990s, spurred by market forces, bankers worldwide were racing to bolster their capital, a war chest used to invest and support operations. It was a time when most banks had too low capital and others had too much. Of course, many international initiatives (for example, the Basel Accords) were taking place to set regulatory capital requirements to ensure that banks can keep operating despite market losses and thus prevent a run on those same banks. In Switzerland, in Basel city, member countries of the Bank for International Settlements (BIS) agreed to impose a minimum risk-weighted capital-asset ratio of eight percent on their banks.

Generally speaking, bank capital is the difference between a bank's assets and liabilities, representing the bank's net worth or its equity value to investors. The asset portion of a bank's capital includes cash, government securities, and interest-earning loans like mortgages, letters of credit and inter-bank loans. Bank capital can be considered a rough estimate of the value that the bank's owners or investors can hope to recuperate if the bank liquidates its assets and use that money to pay off its liabilities - the higher the bank capital, the more the owners and/or investors can recuperate.

Capital is a key ingredient for safe and sound banks. If depository institutions, as they take on risks, suffer losses they must still be able to honour withdrawals to protect people's savings.

Conventional wisdom is that strongly capitalised banks can better withstand shocks and are less likely to collapse or request government support. However, such beliefs were rebutted by the recent financial crisis when we witnessed the failure of the most acclaimed “too big to fall” banks like Lehman Brothers in the US. Generous capitalisation may shield a bank from small losses. But as seen in the collapse of banks which boasted a risk-weighted asset ratio of more than nine percent (a tier-1 capital requirement being eight percent), capital alone cannot protect a bank forever from fundamental flaws in the loan book, customer base or internal controls.

How much bank capital is enough?

We need to look at deposits. Banks can earn profits through either lending or investing the cash deposited by their clients. As such, banks possess a strong incentive not to hold onto deposits. At the same time, they need to hold onto a sufficient percentage of deposits to keep enough cash on hand to satisfy any withdrawals made by their clients.

The capital-to-risk weighted assets ratio, also known as the capital adequacy ratio, is one of the most important financial ratios used by investors and analysts. It estimates a bank's financial stability by measuring its available capital as a percentage of its risk-weighted credit exposure. The riskier the asset, the higher the risk-weighted assets and the greater the amount of regulatory capital required.

Although bank capital is not used as a capital requirement itself, it is an input to calculate the ratio of a bank’s equity capital and disclosed reserves that are systematically weighted for credit risk to its total risk-weighted assets. It is a key measure of a bank's financial strength adopted as part of the Basel III Accord on bank regulation. Basel tightens tier-1 capital and risk-weighted assets (RWAs) to force banks to increase capital buffers and ensure they can withstand financial distress before becoming insolvent.

However, good risk management rather than capital ratios ultimately ensures banks’ soundness. A well-managed bank with sound risk management systems can easily survive a market downturn even with weak ratios.

Before the financial crisis of 2007-2009, the banking industry of many countries had built up excessive on-and off-balance sheet leverage that was accompanied by the gradual erosion of the level and quality of the banks’ capital base. As a result, the banking system could not absorb the resulting systemic trading and credit losses, nor could it cope with the re-intermediation of large off-balance sheet exposures that had built up in the shadow banking system.

To address the lessons of the crisis and the failures it revealed, bank regulators worldwide undertook fundamental reforms. They set up an international prudential framework for the banking sector to strengthen global capital and liquidity regulations to bolster resilience and ensure overall financial stability.

When we look at the bank capital requirements in Ethiopia, the National Bank of Ethiopia has introduced various capital requirements that consider the domestic and global economic realities. Recently, it raised the capital required to establish a bank tenfold to five billion Birr. The rationale is to improve the financial resilience and soundness of the banking system. It also underscores that the existence of strongly capitalised banks can further help mobilise resources for the country's growing economy. It reiterates that newly established banks can operate and compete successfully with existing and newly-emerging banks.

It is too early to ascertain the outcome of this capital requirement. But one thing is apparent. Existing banks and new entrants to the banking industry would face considerable challenges in mobilising new capital and grow. On the other hand, coupled with the avowed entrance of foreign banks into Ethiopia, the situation might lead either to the consolidation of banks through merger or acquisition or migration of capital to other sectors. In the worst case, it would be liquidation.

The situation in terms of tightening the noose around banks has been the same around the world. Since the global financial crisis (GFC) of 2008, banks have been confronted with heightened regulatory scrutiny while contending with an influx of new competitors disrupting the financial services landscape with innovative, consumer-driven solutions.

Few issues have thus elicited a more contentious debate than the appropriate level of capital requirements. Proponents of stricter regulation point to the risks associated with high bank leverage and the exorbitant costs of the global financial crisis. Opponents of higher capital requirements argue that these may significantly increase the cost of bank credit and hinder economic activity. An International Monetary Fund (IMF) study shows that capital in the range of 15pc to 23pc percent of risk-weighted assets would have been sufficient to absorb losses in most past banking crises (at least in advanced economies). Further capital increases would have had only marginal effects on preventing additional crises, suggesting that this level of loss-absorption capacity is, on average, appropriate for advanced economies.

By itself, though, bank capital is not particularly useful in gauging a bank’s financial strength. It is only one financial figure and says nothing about the institution's risk. Allan Greenspan, ex-Federal Reserve chairman, once called on banks to install robust risk-management systems to limit the dangers associated with complex products like derivatives.

Greenspan was suggesting that supervisors should pay closer attention to how banks allocate resources and control their exposure instead of focusing on capital adequacy. He is right. A transparent market is the best, safest and cheapest way of supervising the banking industry. Capital adequacy is just one metric. 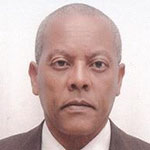 Tarekegn Assefa (brooktarekegn@yahoo.com), who has nearly four decades of experience in the banking industry.

Hippocratic Oath Down the Drain