BIRDS OF PREY: THE ANTI-JOKER

Birds of Prey is two-thirds of a feel-good movie. It falls short in its inability to make a bolder point or resolve conflicts in a manner that is fair to the audience. Christian Tesfaye awards 5 out of 10 stars.

There is no shortage of terrible superhero movies, but the genre reached a new low with DC's Suicide Squad. It was an insult to the great actors involved - Will Smith, Viola Davis and Margot Robbie - as well as the audience that had to pay to see the movie. Unfortunately, it was a relative box office success, inspiring a sequel that is currently shooting for a 2021 release by Guardians of the Galaxy director James Gunn.

But the film also contributed to the mainstream success of Robbie, whom many believed did a fantastic job portraying the popular Batman villain Harley Quinn.

The studio executives thus calculated it would be a prudent move to greenlight a spinoff featuring Harley. It would sit well with both the fans as well as the critics who had liked Robbie in the role. Throw in a female director and feature a Suicide Squad-style all-female team, then it would also be popular with the liberal media. Under all of this political and financial computation, someone forgot to mention that there would also need to be character development, a unique story and a bold theme as well.

The film follows the adventures of Harley after the events of Suicide Squad, where she was broken out of prison by the Joker after saving the world. Apparently, their relationship hit the rocks (perhaps the Joker went overboard with one of his bouts of rampaging and killing) and she breaks up with him.

Ending the relationship may bring her emotional emancipation but also draws attention from the criminal underworld of Gotham. Now that she is no longer under the protection of the Joker, everyone she wronged in the past feels that it is open season as far as Harley is concerned.

The most dangerous of the baddies that want to kill Harley is Roman Sionis, aka Black Mask (Ewan McGregor), a bad imitation of the Joker. He wants to kill Harley, because “I can,” and almost does so, until he is persuaded by her that she will fetch him a diamond with account numbers to a valuable fortune encrusted in it (the MacGuffin).

That diamond is in the hands of Cassandra Cain (Ella Jay Basco), a pickpocket that is at the time in jail. She also has a half-million-dollar bounty on her head, curtesy of Sionis in case Harley does not succeed on her mission. Harley succeeds in helping her escape prison but then has to deal with the dilemma of whether or not having to turn in the girl (since she has swallowed the diamond and Sionis is unlikely to patiently wait until potty time) or protecting her from the wrath of the criminal mastermind.

Birds of Prey, despite the kooky plot, is actually not that bad a movie two-thirds of the way in. It is colourful and boisterous. It is ironically the anti-Joker. It wants to say that society is not the enemy and all shall turn out to be fine if the cartoonish bad guy is killed in the end. It is a feel-good movie about being female, single and a little insane.

But the third-act was ruined in its inability to be hard-hitting. It leaves us a happily-ever-after ending when it seemed to be promising all along something bittersweet.

Worse, it introduces a plot element it never established throughout the movie when it tries to get some of its characters out of a conundrum. The Prestige-inspired third act is the lowest point of the movie, which neither Robbie’s energetic acting, the cool soundtrack nor the non-chronological style of the storytelling was able to rescue 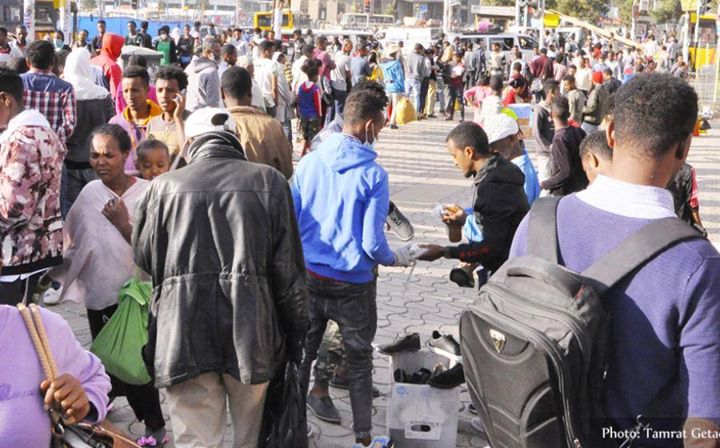 The cost of living keeps spiking and reached the highest rate in a six-year period by increasing 22.6pc last month, acco...

The Korean Business Association and Good Neighbors, a Korean NGO, have donated 40,00...

The number of people who have contracted the Novel Coronavirus (COVID-19) in Ethiopia has reached 35, Lia Tadesse (MD), minister of Heath, d...

Executives at Zemen Bank took the banking industry by surprise, cutting interest on commercial loans for...