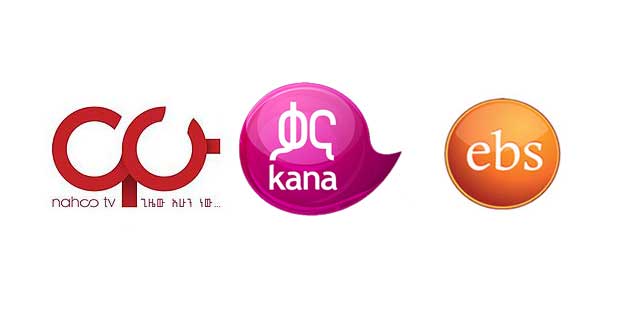 Non-nationals will soon be able to hold up to 25pc equity in local media companies if parliament legislates the amended media law.

The bill, which has been in the making for the past year, is expected to be tabled to the Council of Ministers next month before it heads to parliament for legislation. The opening of this area of investment for non-nationals is believed to create space for the transfer of skills, knowledge and capital from foreign media organisations.

The bill proposes the opening of the media investment for non-nationals a year after the government compelled non-national media owners in the country to give up their shares in local companies.

The process of revising the media law was started last year by a working group composed of 13 members under the Justice & Legal Advisory Council [Disclosure: the Managing Editor of Fortuneis part of the working group]. The Council was formed to revise proclamations that have been criticised for narrowing the political space in the country and limiting freedom of expression.

Chaired by Tilahun Teshome (Prof.), a lecturer of law at the faculty of Addis Abeba University (AAU), the Council was delegated to prioritise the reforms of four proclamations: anti-terrorism, mass media, election and civil society laws.

The Media Law Reform Working Group, one of of the groups under the Council, started the amendment process last year with a diagnostic report, which identified the major problems in the existing law. The report identified 33 laws that governed and dealt with the media and held a stakeholder discussion to address these laws.

Freedom of speech, freedom of information, censorship, lack of self-regulation, heavy punishments related to crimes committed by the media, and areas of internet-based communication and data protections were some of the major problems detected in the existing media laws, according to Solomon Goshu, the secretariat of the Media Law Reform Working Group.

After collecting feedback from these discussions, the law reform group selected four laws from the identified laws that dealt with media issues.

"The four laws were chosen, since they largely deal with the media and the rest were out of our jurisdiction," said Solomon.

Freedom of Mass Media & Access to Information Proclamation was split up as the working group found the two issues to be separate and broadly defined. While the freedom of mass media deals with journalists and media institutions, access to information deals with the public in general and the obligation of government institutions.

The freedom of mass media section was bundled together with another law, the Broadcast Service Proclamation, which became the Mass Media Proclamation and the access to media information proclamation became a separate proclamation on its own.

After working on the revision for the past month, the Group submitted the first draft of the proclamation for stakeholder deliberation last month. Along with allowing the opening up of non-nationals' equity ownership in media companies, the bill proposes the decriminalisation of defamation.

Besides liabilities arising from the criminal law, the current broadcasting service law gives power to the Ethiopian Broadcast Authority to confiscate property used for broadcasting defamatory content. In the draft law, defamation can only be raised in civil suits with a claim ceiling of 300,000 Br.

"Defamation is proposed not to be considered a crime to protect freedom of speech as well as to stop the abuse of the provision by government officials," Solomon told Fortune.

The law also proposes to lift current law restrictions when it comes to cross-platform media ownership.

The draft allows a media institution to own a newspaper, magazine, radio and television channel. Owners of print media companies can also own whatever number of print outlets.

The final validation workshop took place last Saturday, July 27, 2019, and the bill is expected to move to the Council of Ministers in August 2019. The team also wishes the legislation to take place when parliament returns from recess this October.

The bill also proposed the establishment of a transparent and impartial regulatory body by restructuring the Ethiopian Broadcast Authority and making it report to parliament. It also proposes that media operators step into a judicial review if they are discontented with the decisions of the Authority.

The Working Group has also been working on revisions to the Access to Information Proclamation and the Computer Crime Law.

"We'll finalise the two bills after sending this one to the Council of Ministers," Solomon said.

Currently, there are 29 licensed satellite television and 28 radio stations. The previous month saw 17 publications from the print media.

Tewodros Wudneh, a media law lecturer at Addis Abeba University's School of Journalism & Communication, supports the limitation of the equity share of non-nationals.

Whenever there is a huge capital injection, there are always conditions attached to it, according to Tewodros.

"Foreign companies are profit-oriented with their own agenda, and public interest might not always be their priority," he said.

Tewodros also believes that the current law of criminalising defamation resulted in a chilling effect and indirect censorship and supports the proposed decriminalisation of the act.

RULE OF LAW: WHERE A STATE CAN NEVER FAIL (LESSON X)

The Gullible Victims of Social Media