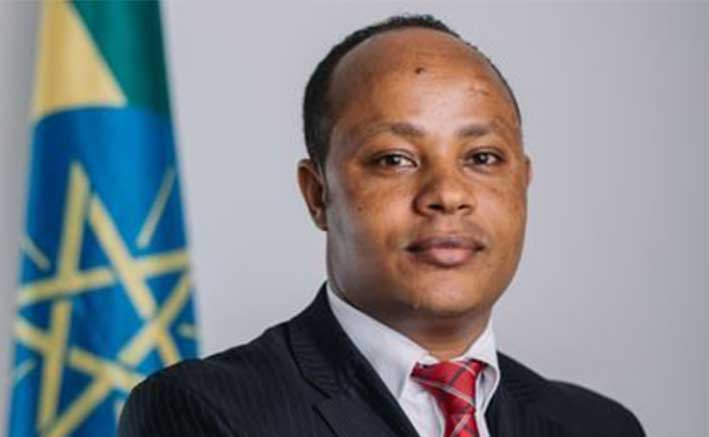 The Council of Ministers has received an amendment bill to the nation's investment law that is expected to open up the economy to foreign capital. Drafted by the Ethiopian Investment Commission, the bill was sent to the Council early this month.

The drafting process took around a year and was undertaken by the Investment Law Revision Task Force, a team of 17 experts. The last time the investment law was revised was in 2014, while it was legislated in 2012. The revision is expected to open up the logistics, financial and aviation sectors.

In the process of amendment, public consultation was held by the Commission to identify gaps in the investment environment and recommend ways of addressing them. A series of closed-door meetings were also held for the government, private players and development partners.

“They genuinely wanted our feedback and insights to craft robust and effective improvements to the investment laws,” said Sam Rosmarin, chief strategy officer at Komari Beverages, who participated in one of these meetings.

The draft will allow public-private partnerships in the areas of manufacturing of military weapons, international airport transport service, import and export, power distribution through the integrated national grid system and postal services with the exception of courier services.

The draft also plans to partly open logistics service provision, air transport services, inland public transport and freight transport to foreign investment. But non-national investors or businesses not based in Ethiopia must form joint ventures with local players and will have to abide by a share capital cap of 75pc.

Non-nationals will also not be able to hold more than 49pc of shares in companies engaged in advertising, audiovisual production, accounting and auditing, and mass media services. They can also now engage in capital goods leasing and management consultation.

The existing investment law will also be expected to allow the involvement of foreign investors in the financial sector, according to sources close to the case. Foreign involvement in the sector has not been allowed ever since the Dergue regime in 1974.

Although the sector was finally opened to local private players in 1994, the government continued to insist that the regulatory capacity of the National Bank of Ethiopia (NBE) was not developed enough to regulate foreign financial firms. In the event of legislation, opening up of the financial sector will signal one of the first significant economic reforms in line with the recommendations of financial institutions such as the World Bank.

Though positive about the idea of opening up the economy for foreign investment, private players believe that there is a long way to go before the investment environment can be smoothened out.

“The investment process has also been very difficult with long bureaucratic procedures,” said Binyam Misgana, investment promotion director of the Ethiopian Chamber of Commerce & Sectoral Associations. “There are also relatively high levels of capital investment requirements that should be addressed in the newly revised investment law.”

He was also critical of the revision process of the investment law, which he said has not allowed an adequate level of participation from all the relevant stakeholders.

The amendment is part of the Prime Minister’s Homegrown Economic Reform Agenda. In mid-September, the administration launched a 10-billion-dollar reform package that had been in the making for a year and a half. Designed to be implemented in the coming three years, it aimed at pushing the private sector ahead in the currently public sector-led economic growth of Ethiopia.

There have already been major policy changes by Abiy’s administration in terms of rebalancing the economy in favour of the private sector. In 2018, the ruling party agreed to sell minority shares of major state-owned enterprises to non-national investors with the primary aim of generating foreign currency.

This year, the government established the Ethiopian Communications Authority in anticipation of opening up the telecom sector and announced that two telecom operators would join the Ethiopian market by next year.

Despite these moves, the nation has faced challenges in attracting foreign direct investment (FDI), mostly as a result of political instability, according to the Commission. In the first quarter of the fiscal year, only 700 million dollars worth of FDI came to Ethiopia against a target of one billion dollars.

A macroeconomist who wished to remain anonymous applauds the liberalisation of the economy but insists that current laws on the ownership of land make the effort half-baked.

“Opening up the service sectors is a good move in the right direction, but it will not be enough to bring about the structural transformation of the economy unless various amendments to land ownership rights are introduced,” he argued.

The expert also noted that reserving key development sectors, such as banking and finance, for domestic investment may be important for the time being, while opening up other sectors for joint ventures will help improve the performance of the service sector significantly.

Helina Getachew, chief of staff of the Commission, declined to respond to any of Fortune’s inquiries.

Professional Code of Ethics: Some Laws Meant to be Broken