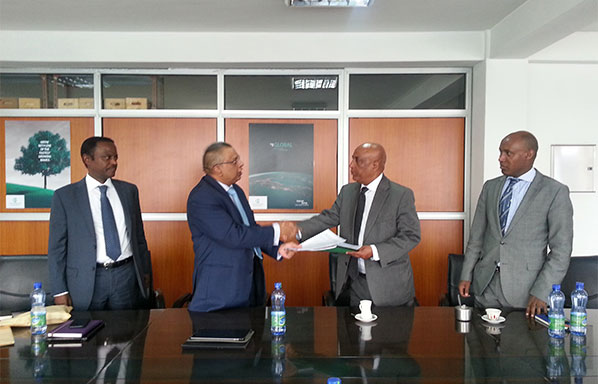 The firm will advise the banks in adopting the latest version of International Financial Reporting Standards (IFRS). KPMG won the project after vying against PricewaterhouseCoopers (PWC), which placed a bid 1.2 million dollars higher than KPMG. KPMG will help the banks prepare their financial reports for the current fiscal year using the IFRS 9.

In the past fiscal year, member banks of the Association, including the Development Bank of Ethiopia, prepared their report using IAS 39, one of the accounting standards released by the International Accounting Standards Board, which was adopted by the European Union in 2004.

IFRS 9 was released in 2014 and became operative last year. The system provides a common global language for business and makes the accounts of any company understandable and comparable across the globe.

The banks have decided to upgrade their financial reporting system as it is an internationally accepted system and is in line with the country’s goal of embracing IFRS, according to Addisu.

“We first had to start with the IAS 39, as IFRS 9 is more complex,” said Addisu. “That way the change would be smoother, and the banks can adapt to it more easily."

IAS 39 was implemented two years ago with the consultation of PwC under a 900,000 dollar contract. The system was implemented by all members of the Association except for the Commercial Bank of Ethiopia, which began adopting the IFRS system on its own a year ahead of other banks. KMPG helped CBE to adopt the system in 2016.

Last year's report will also be reviewed and revised under the new system, according to Ermias Bekele, finance and administration manager of the Association, that marked the full implementation of IFRS by banks at the end of February.

"As last year's report was prepared using a different standard," said Ermias, "there will be differences in this fiscal year's reporting."

In 2014 the country enacted a proclamation that compels private companies, public enterprises and public institutions in the country to implement IFRS. Accounting & Audit Board of Ethiopia (AABE) supervises and oversees the implementation process.

The Board requires banks, insurance companies and public enterprises to comply with IFRS with a deadline set for 2018. Other entities, including public institutions and small and medium enterprises, must comply with the standard by 2020.

The implementation of the new system has a positive impact on encouraging foreign firms to enter the country, according to Degefa Lemesa, a partner at Degefa & Tewodros Audit Services Partnership.

"As the reporting system is in line with a globally accepted practice," said Degefa, "multinational companies will be encouraged to invest in the country."

Degefa believes that other private companies and public enterprises are lagging behind.

"They need to catch up quick," Degefa said.

Let the Foreign Banks Come, But Regulate Them