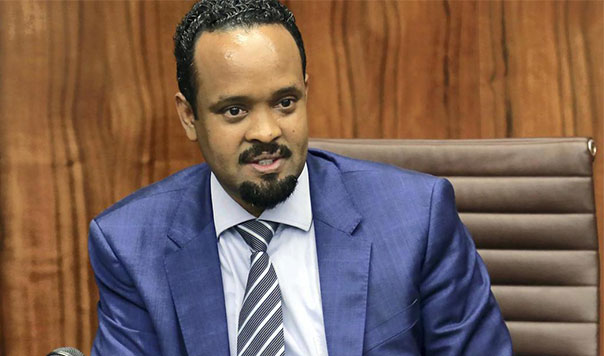 Considering the current fiscal year’s budget, the proposed budget does not have a significant increase, according to Alemayehu Geda (Prof.), a macroeconomist and a university professor with decades of experience.

“Given the inflation pressure in the economy, the budget isn’t expansionary,” Alemayehu told Fortune.

The 12-month moving average inflation rate of the country was 12.6pc as of May 2019, according to the latest Consumer Price Index from the Central Statistical Agency.

While preparing the budget bill, the Ministry prepared a five-year macroeconomic and fiscal framework, according to Ahmed Shide, minister of Finance, in statements made to parliament two weeks ago.

“We’ve also evaluated the budget utilisation of the current and the past fiscal year while preparing the current one,” he said. “The budget bill is prepared by prioritising water and roads infrastructure,” he added.

The government targets to cover 289.8 billion Br or 75pc of it from domestic tax revenues. The remaining balance of expenditures is expected to be covered by other non-tax sources, including foreign aid, loans and domestic investments.

For Alemayehu, the government’s plan of covering three-quarters of the budget from the domestic revenue seems unrealistic.

“It doesn’t consider the actual tax revenue collection of the government,” he said. “Knowing that the government wouldn’t collect the targeted revenue of the year, they should not plan to increase the share of domestic revenue as the source of budget.”

In the first 10 months of the current fiscal year, the Ministry of Revenues collected 160.4 billion Br from domestic tax out of the targeted 235.7 billion Br in revenue, only 68pc of the target.

In this fiscal year, parliament approved 33.99 billion Br in supplementary budget for the government.

With the current capacity of domestic tax revenue, the government could need a supplementary budget, according to Alemayehu.

The Finance Ministry expects the revenue collection of the country to go up by 20 billion Br to 30 billion Br after the ongoing tax regime reform is completed, according to Ahmed.

“We’re revising value-added and excise tax proclamations along with tax reforms to tax holiday and incentive privileges,” said Ahmed, “which all will increase government revenue and improve tax administration.”

Along with the tax regime overhaul, the government is working on economic reform, such as increasing the involvement of the private sector in the economy and replacing the state’s dominance. For this attempt, the government is in the process of partial and full privatisation of large and medium state-owned enterprises.

Ahmed also adds that the government will be focusing on controlling expenses in the coming fiscal year.

However, a macroeconomist with a wide range of experience believes that the spending devised in the budget document is unproductive, huge and inflationary.

“It shows that there is a bloated bureaucracy,” he said. “Despite the Auditor General’s report, the budget doesn’t properly allocate productive spending.”

The experts also warn the government to watch the debt level of the country carefully.

As of March 2019, the total outstanding debt expansion of Ethiopia stood at 26.9 billion dollars where servicing the debt cost the government nearly 1.5 billion dollars.

Alemayehu still believes that the country should search for a grant to escape from a budget deficit and supplementary budget.

However, he says that the grant has to be used for the procurement of essential goods like wheat instead of injecting it into the economy.

“If the grant is converted into local currency and injected into the economy it could cause inflation,” Alemayehu said. “In the long run, the country has to work a lot in building its capacity for revenue collection.”

As part of the ongoing reform for effective budget administration, three months ago the Ministry of Finance formed a 12-member public finance management advisory council that will facilitate government finance administration.

Reporting to the Ministry, the Council has two members from Addis Abeba University, five from the private finance sector, one non-governmental institution representative, a central bank official and two civil servants from the Ministry.

The Higher the Corporation Tax, the Poorer the Region