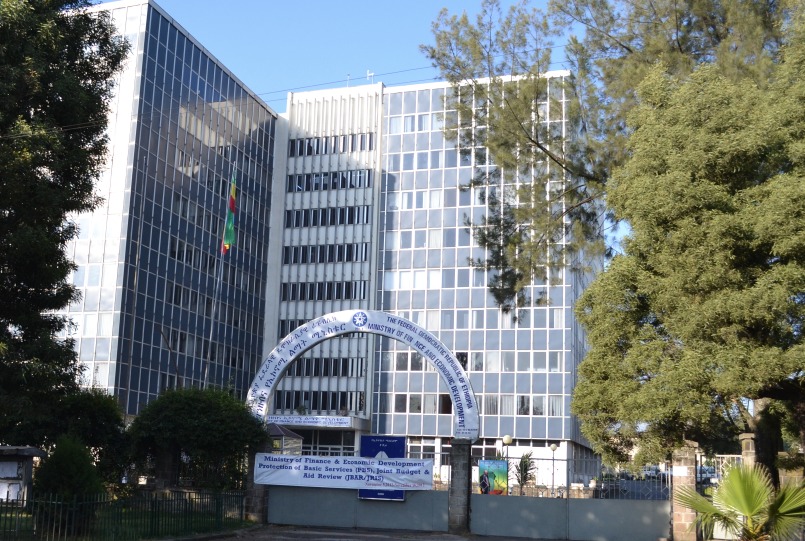 Duty-free rights and privileges for import and export goods will only be granted by the Ministry of Finance, according to a new bill legislated last week.

Duty-free rights and privileges for import and export goods will only be granted by the Ministry of Finance, according to a new bill legislated last week.

Twenty-four government institutions had previously been authorised to approve duty-free rights and privileges for investors. The proclamation removes this power from these other institutions and transfers it solely to the Finance Ministry.

The Council of Ministers issues regulations on the conditions in which duty-free privilege rights are granted and implemented, while the Ethiopian Investment Commission, the Ministry of Mines & Petroleum and the regional administrations were the institutions that have been issuing duty-free privileges.

The new proclamation will close the doors for economic sabotage that has been widespread in the country in the name of duty-free privileges, according to Lemlem Hadgo, chairperson of the Revenues, Budget & Finance Standing Committee of parliament.

Beyond the mismanagement of the privilege, the former system created inconveniences for investors, requiring them to knock at the doors of different institutions to get the rights, according to the proclamation.

"It ‘ll  save money and the time spent by investors to obtain the privileges, since the service will be centralised," reads the proclamation, which was drafted by the Ministry of Finance as part of the recent initiative that aims at easing the regulatory climate in the country. The bill was legislated during an emergency parliamentary session held after parliament left for recess.

Over the past five years, merchandise valued at 400 billion Br were imported into the country with duty-free privileges, according to data from the Ministry of Revenues. The value exceeds the federal government budget approved for this fiscal year.

Studies and research commissioned by different institutions have also disclosed that these packages are mismanaged and exposed to corruption and maladministration.

The Council of Ministers issues regulations on the conditions in which duty-free privilege rights are granted and implemented, while the Ethiopian Investment Commission, the Ministry of Mines & Petroleum and the regional administrations were the institutions that have been issuing duty-free privileges.

The Federal Ethics & Anti-Corruption Commission’s assessment launched last year in March reveals that one-third of the sampled duty-free privileges and tax exemptions were open to corruption. For the assessment, the Commission sampled 433 businesses in Addis Abeba and Dire Dewa that received investment incentives.

Import of excess duty-free goods beyond the value allowed by the regulations; abusing the privileges by importing non-duty free items; selling the products imported through these privileges to third parties; and the transfer of these rights between businesses without using the proper channels, are among the findings of the Commission.

Authorising the regional states to approve duty-free privileges and rights was wrong from the start, according to Yohannes Woldergbraiel, a tax law expert.

Centralising the incentive administration system is positive, according to Abebe Abebayehu, commissioner of the Ethiopian Investment Commission, one of the agencies that had been authorising tax incentives.

"Incentives have a great effect on the macroeconomic situation of the country," said Abebe. "If the country foregoes revenues that have to be collected from taxes, it has a direct impact on the budget deficit."

But the new procedure does not divert the one-stop service of the Commission, according to Abebe.

"The Commission will be required to send regular and periodic reports to the Ministry of Finance and oversee the proper implementation of the incentives," said Abebe.

The new proclamation has also introduced a couple of changes aimed at relaxing the business environment in the country.

Mandatory installment of a cargo tracking device on the carriage of goods to control and track the movement of cargo to customs destinations and crossings is one of them. It also authorises the Customs Commission to make decisions on the trucks that failed to install the tracking system.

"Transporters who don’t install the device following the decision of the Commission may not engage in the transportation of import or export goods," reads the proclamation.

Yohannes said that this initiative is bound to fail, asserting that it is not the first time since the government aspires to install global positioning systems (GPS) on cargo trucks.

"It will be tough to enforce the technology without having a central monitoring system, which the country doesn’t have yet," said Yohannes.

Yohannes also says that the new proclamation has some vague provisions that can potentially create confusion during implementation.

The provision that gives decision-making power to the Customs Commission on trucks that do not install the tracking system contradicts the mandate of the Federal Transport Authority, according to Yohannes.

"It has a direct contradiction with the power of the federal government," Yohannes said.

The proclamation reduced the number of days commercial cargo stays at the warehouses of the Customs Commission by fourfold to two weeks. The amended proclamation has also allowed for the amendment and annulment of customs declaration once the imported item leaves the customs clearance point. The cancellation or the amendment will be made if the clearance was made with incorrect customs procedures.

Commissioner Abebe says there are a couple of elements in the proclamation that are intended to ease the country's business climate.

Enabling the companies to clear customs at their premises, eliminating the frequency of customs since the trucks will have the tracking device and introduction of a post-evaluation audit system will play a significant role in easing the doing business climate, according to Abebe.

With multiple policy reforms and changes, the government envisions placing Ethiopia among the top 100 countries in the Ease of Doing Business Index by 2021. The World Bank's 2019 Index places Ethiopia at the rank of 159 among 190 countries.

Yohannes still has reservations concerning the new provision that states that the Commission can release goods against customs security for 12 months until the duty and the tax is paid.

"What if there is a court case that extends for over a year?" said Yohannes. "Then the Commission will seize the money that is deposited as customs security, which is unfair for the importers."

Proper Administration of Aid Prevents from Asking for More