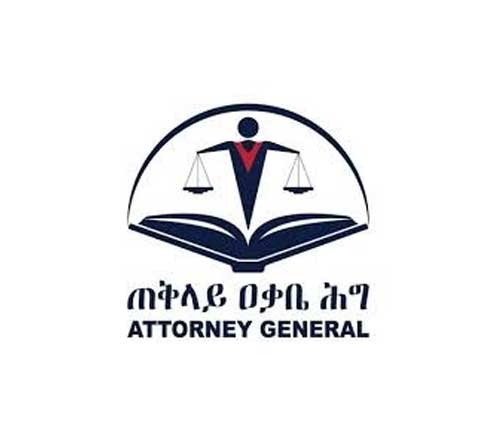 The Office of the Attorney General excluded the Ministry of Finance's former legal department head from a corruption prosecution over a textbook procurement saga involving close to a quarter of a billion Birr. Bochu Sintayehu was charged for allegedly reversing a decision to consider the inclusion of a rejected bidder.

The federal prosecutors filed the charge early this month, accusing Bochu and 11 other defendants from the Ministry of Education for allegedly causing 218 million Br in damage to public funds while handling the World Bank (WB) sponsored procurement of close to 52 million textbooks for grade levels one to six.

Though the Attorney General withdrew the charge against Bochu, the Court is continuing to review the cases of the remaining defendants, who pleaded not guilty last week. A former head of the Minister of Education's Office, the Ministry's procurement director, consultants and members of the tender committee are included as co-defendants.

During the session that was held last week, the judge stated that the charge against Bochu was dropped after the Attorney General filed a withdrawal request. The former legal director was accused of writing a letter on behalf of the Finance Ministry reversing the decision of the Board of the Public Procurement & Property Administration Agency, which had decided that Burda Druck India PVT LTD be included in the bid evaluation process.

Burda Druck India was taken out of the bid and had appealed to the Board on the basis that it had been unfairly dismissed. The Board had deemed in 2018 that according to procurement laws and the tender documents of Burda Druck India,  the shortcomings were of minimal effect and had decided to include the company in the tender and the evaluation that was to take place again.

Following this, since the project is funded by the World Bank, the Ministry of Education sent a letter to the Ministry of Finance requesting an opinion. While writing the letter, Bochu stated that the World Bank had been giving no objection for each and every step of the procurement process.

Bochu's recommendation, sent at the end of July 2018, was contrary to the decision of the Board, according to the charge. He advised the Ministry to proceed with inking a contract with Pitambra Books PVT LTD India and with Nova Publication & Prints PVT LTD in August 2018 for the supply of the books, which were part of the General Education Quality Improvement Package that is supported by a 550-million-dollar grant from the World Bank.

"He wrote the letter while the Minister was supposed to do so," reads the charge.

Furthermore, the Ethics & Anti-Corruption Commission, based on the suggestion it had received, deemed the procurement process as lacking transparency but also as having legal breaches and recommended that it be implemented in accordance with the government’s best interests toward the Ministry. The officials also allegedly allowed the printing of 1,300 more books than was specified in the initial bid, according to the charge filed against the defendants.

However, the prosecutors withdrew the charge against Bochu last week. The judge read a letter from the Attorney General's Office that stated that the charge was dropped on public interest grounds.

However, Fikadu Tsega, a deputy attorney general at the Office of the Attorney General, said the charge withdrawal emerged since his Office could not establish that Bochu was reaping personal benefits from his involvement in the case.

Yohannes Woldegebraiel, a former public prosecutor at different public offices, said that no blunder was made in the first place.

"Bochu's letter is an incrimination of the confirmations of all procedures including bid preparation, selection, approval, award and signing of the World Bank," said Yohannes.

However, the deputy attorney general claims that the withdrawal of the charge does not mean that no crime was committed in the process.

Fikadu says that the accusation that claims Bochu wrote the letter despite it being the Minister's mandate to do so was wrong and was not supposed to be included in the charge.

"The claim isn't supported by law," he told Fortune. "It was just mentioned by the internal auditors of the Education Ministry."

Fikadu affirmed that the Ministry of Finance got a confirmation from his Office, stating that the World Bank's procurement law always prevails over all of the procurement processes it funds.

The court case against the remaining defendants will be held on February 22, as the judge adjourned the case to hear witness testimonials.

"The act of the Attorney General appears to be discriminatory and against equal treatment of the accused," Yohannes said.

Yohannes also said that the defendants that were involved in the bid preparation and making recommendations for bid selection and preparation are charged along the same lines as Bochu was.

"Therefore, the withdrawal of the charge should have covered these accused across the board," he said. "The charge against the remaining accused has become totally pointless."

It will achieve no objective other than harassing the accused; on the other hand, there is no proof of personal benefit other than the alleged damage sustained by the government, according to Yohannes.

Official Complacency in the Face of Terrifying Savagery