August 8 , 2020
By Belay Asrat ( Former employee of Ethio telecom and the Finance Ministry and is currently a consultant. )

The telecommunication industry in Ethiopia has passed through different development stages, staggering on its way to serve the nation since its establishment in the late 19th century. Though one of the most important industries to development, it nonetheless failed to provide adequate service to the public.

One of the latest attempts by the governments to revamp telecom services was to bring in management from France Telecom, now called Orange, in the early 2010s for the nation’s telecom monopoly, Ethio telecom. The objective was to employ high-level technical and managerial skills in support of knowledge and technology transfers to the workforce. The relationship between the two companies concluded in 2013, with questionable results in service delivery.

Having gone through different sprints, the industry is finally coming up to the point of no-return. The privatisation of the company and liberalisation of the sector is now long overdue. It is an urgently needed paradigm shift that will contribute to the competitiveness of Ethiopia’s economy.

In 2018, Prime Minister Abiy Ahmed’s (PhD) administration announced the privatisation of major state-owned enterprises including Ethio telecom. The plan is to transfer partial ownership of the company to a foreign telecom company, as well as a small share for individuals with the government to retain majority ownership. Two operators will also be allowed into the telecom industry.

The objective of this reform is to improve the quality of telecom service, expand usage and curtail foreign currency shortages.

These reforms, especially privatisation, have not been without their critics. One of the main arguments against it is that Ethio telecom generates substantial revenue to the treasury account. Yet a close analysis of the revenue the company produces does not compare favourably to its counterparts in other parts of the world.

Telecom companies in Kenya and Nigeria make at least double the 1.4 billion dollars in revenue that was generated by Ethio telecom last year. There were also close to 46 million subscribers in Kenya, which is roughly half of Ethiopia’s population in 2018.

The rough annual revenue figure of Ethio telecom is thus not the best argument to use in discussions of whether or not the company should be protected from privatisation. There are some examples that could be raised to show that profitability is not a government prerogative.

Another argument to the reforms the industry is undergoing is that local companies need to be protected from outside firms until they are robust enough to compete. This is a legitimate issue that requires a closer look. But it is also the case that a national monopoly of this scale would require meaningful competition if it can ever be able to compete. It is difficult to imagine how a local company could take root enough to challenge the state monopoly.

The unsound means that have been utilised to ensure the profitability of Ethio telecom have created opportunity costs. A robust telecom industry is becoming increasingly critical to the development of the service sector. The liberalisation of the sector, indeed, may mean an Ethio telecom that could barely compete but the diversification and widening of services may be a worthwhile trade.

A more pertinent argument may be that a national monopoly is crucial to ensuring access to telecom services. This may not happen with private entities or even a national telecom provider with substantial private ownership that would have profit as its primary concern.

But here again, what we find is a lack of broad understanding of liberalisation. The caveat is that there should be robust regulatory bodies that would stay ahead of the curve and incentivise through tax instruments to ensure that such gaps can be filled. This could either be by allowing Ethio telecom to keep one leg in its welfare responsibilities and giving it a remuneration for its services. Other operators may also be required to contribute to the universal access fund for the protection of welfare services.

There is also uneasiness over the timing of privatisation due to the economic slowdown that has occurred following the COVID-19 pandemic. Indeed, this issue should give the government pause, but it should not be a reason for opposing privatisation as a whole. Ethiopia’s telecom sector is a huge untapped market that foreign investors have had an interest in for quite some time. The COVID-19 pandemic is a hiccup at worst.

Fortunately, there is a growing sense of appreciation for the advantages privatisation could offer. It will promote the national telecom provider’s capability to provide quality telecom service, institute fair telecom tariffing and pricing, increase productivity and employability and streamline service delivery in other sectors of the economy.

Liberalisation will enhance the competitive arena of the telecom sector, give a wide range of choices for customers, generate additional revenue in the form of licensing fees and corporate taxes and trigger optimal use of key telecom infrastructure backbones.

Given that the telecom sector is cross-cutting, it intensifies the dynamism of the economy, promotes the digital economy and encourages foreign direct investment (FDI). Ultimately this will result in substantial increases to the gross domestic product (GDP) of the country.

The telecom sector is an essential component that improves the growth of sectors, be it in health, education, agriculture, industry, banking, defence, transportation or tourism. The spillover effect is an undeniably advantageous factor that should be used as a justification for improving the dynamism of the sector.

If we establish that it is indeed necessary to open up the telecom sector, there is also a need to address how this should be done. We can privatise Ethio telecom and gradually open up the market or take up a rapid and comprehensive reform process to privatise and liberalise concurrently.

The first one is easy to carry out, but it is only a change of ownership from the state to private monopoly, while the second option ensures a comprehensive telecommunication development but is prone to ineffective regulation of the competition. Clearly, the government is aiming for the second option.

It is a wise choice but necessitates giving due emphasis to the organisation of a capable regulatory framework. Experience, to date, shows that liberalisation without effective regulation will create a private monopoly and become detrimental to the public's welfare.

The privatisation process must also be transparent, participative, accountable and responsive to assure the best out of the settlement. Asset valuation and transaction advising tasks being carried out by separate and independent firms may give much confidence to all stakeholders engaged in the process.

As is often the case, is is important to prioritise the preservation of the best interest of the sector as well as the public’s welfare. 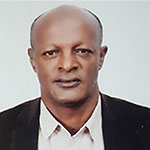 Former employee of Ethio telecom and the Finance Ministry and is currently a consultant.