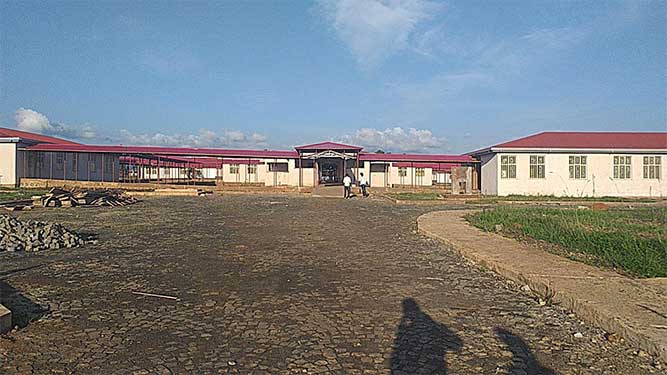 Woliso, a town located 110Km from the capital, has received its first government-owned hospital. Woliso General hospital, built for 120 million Br, is expected to be fully operational in two months.

Built by the regional government, the hospital rests on nine hectares of land and has about 31 blocks. It is built to give emergency, inpatient, outpatient, diagnostic, x-ray and other general services. Yot Construction, which was involved in the construction of Asela Kersa, Jimma Dado and Sendafa hospitals, as well as the renovation and expansion of the Addis Zoo Park Center, undertook the construction of the hospital.

The hospital is expected to serve more than 1.5 million people in a year with more than 250 beds.

"Residents of the area will be the main beneficiaries from the hospital, according to Mosissa Assefa, Oromia Regional Health Bureau’s project construction and maintenance director.

During the construction period, a continuous increase of the price of construction materials was the major challenge, according to Yonas Mulugeta, manager and owner of YOT Construction.

The construction of the project created job opportunities for 300 people, according to Yonas.

The hospital will be an addition to the existing hospital, Catholic Church-owned Saint Lukas Hospital, which has been serving the community for almost two decades. In service since 2001, the hospital operates with 200 employees. The hospital began its services with 80 beds, but now has 200 beds and provides 24-hour emergency, ophthalmology, dental and surgical services.

Erssido Lendebo (MD), an expert in the medical industry, appreciates the construction of the hospital, but he says there are more things to do.

"The physical structure is not enough, but the hospital should also be equipped with the necessary and modern equipment and able manpower," Erssido said.

The hospital also should partner with private institutions to develop its capacity and become a medical research centre over time, he recommended.

The number of functional health posts, health centres and hospitals in the country have sharply increased by 16pc, 33pc and 108pc, respectively, in the first half of this decade, according to a report by the United Nations Children's Fund (UNICEF).

Hyatt Regency Gets Back on Track with Paperless Services