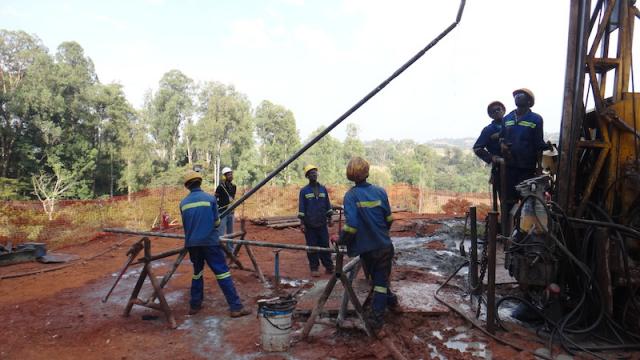 KEFI Minerals and the government reached an agreement in 2017 to let a local investor join them, and ANS Mining S.C. was invited into the partnership the next year.

Founding shareholders of the company gave approval for ANS Mining to own considerable shares of Tulu Kapi through a public-private partnership (PPP) arrangement during their general assembly held on February 15, 2020. With the new ownership scheme, the government will hold 22pc of the shares, while ANS Mining and KEFI Minerals will hold 33pc and 45pc of the shares, respectively.

The aim of having local investors in the company is to give ownership to the local people and let them benefit from the natural resources, according to Harry Anagnostaras-Adams, executive chairperson of KEFI Minerals, the company that operates the mining site.

KEFI Minerals, a London-listed company, specializes in gold and copper exploration with two ongoing gold mining projects in Ethiopia and Saudi Arabia. The company has also secured another concession to explore for gold on 1,100Sqm of land located adjacent to Tulu Kapi, which is situated approximately 360Km west of the capital.

"The partners have focused on ensuring a broad investor base with an explicit preference for institutional investors such as insurance and banking entities with a strong presence in Oromia Regional State,” Harry said.

ANS Mining was funded by Hailemelekot Teklegeorgis, former state minister for Finance & Economic Cooperation, Wondwossen Zeleke, a long-standing natural resources senior executive, Zafu Eyessuswork Zafu, former president of the national chamber and one of the founders of United Bank and United Insurance, and Alemshet Degife (Maj. Gen.), former head of the Ethiopian Air Force, among others.

To raise capital, the executives of ANS Mining are planning to start selling shares, according to Hailemelekot Teklegeorgis, a founding member of ANS Mining, which hopes to sell one billion Birr worth of shares with a par value of one million Birr starting this coming September.

The founders of ANS assert that the investment has a 27pc rate of return and will help the banking industry solve the problem of forex, since the company will generate foreign exchange from the export of gold.

"We expect at least one bank to buy a minimum of 50 million Br," said Hailemelekot. "We're also discussing with banks and insurance companies, and we've invited them to visit the mining site."

The security situation of the area is one of the significant problems, according Hailemelekot.

Last year, the site faced an attack by armed groups.

"To solve this," he said, "we're discussing with the regional government, and there is relative peace now."

Over the past couple of years, the export revenue generated from the sector has been significantly dropping. Six years ago, the export of mineral products earned 650 million dollars but dropped to 49 million dollars in the last fiscal year. Corrupt practices and pilfering were attributed as a cause for the decline.

To rescue the sector's declining revenue, the Ministry formed a national steering committee a month and a half ago. The 12 members of the committee from the Ethiopian Geological Survey, Mining, Oil & Biofuel Corporation and the Ministry of Mines & Petroleum will be tasked with assessing the problems of the sector and suggesting policy reforms for the industry.

As of the last fiscal year, there were a total of 207 businesses with licenses to engage in the mining sector. In contrast, the sector provides livelihoods for 177,000 people who are involved in small-scale mining and 2,000 people employed formally by mining companies.

"Bringing in the local investor will create a sense of ownership in the society and motivates care for the investment," Mulugeta said. "Other companies who are engaged in the mining sector have to take a lesson."

Addis’ Private Schools on the Edge of Precipice
Share this...