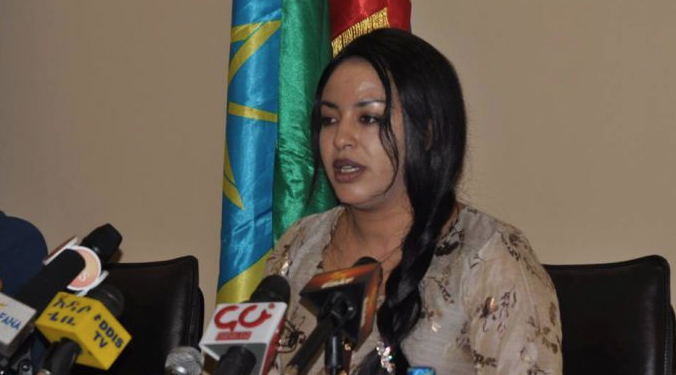 A new draft labour law allows for the dismissal of employees who have a record of coming to work late eight times and are absent for five days without cause within a six-month period.

Drafted by the Ministry of Labor & Social Affairs, the bill, which is aimed at creating strong work discipline, was tabled for parliament. The bill is aimed at replacing the existing 14-year-old labour law.

The amendment arrived on the scene to keep the country's labour law in line with the current policies of the country, according to Ergoge Tesfaye (PhD), minister of Labor & Social Affairs, addressing parliament during the opening of the bill for public discussion.

Creating a conducive environment for investment, creating more jobs and maximising productivity through the protection of workers' rights and setting minimum working conditions are the primary aims of the draft proclamation, according to the minister.

The bill, which has been in the making for years, moved through various stages of discussion before it was presented to parliament. The Confederation of Ethiopian Trade Unions, Ethiopian Employers Federation, International Labor Organization (ILO), the Federal Attorney General and public enterprises have participated in the drafting process.

When the bill was up for discussion two weeks ago, one of the most debated topics was the provisions for the grounds of dismissal.

The Ministry argues that the current proclamation lacked clarity when it comes to such provisions, which led to abuse. The existing law states that being repeatedly late for work without a good reason is grounds for dismissal from work without specifying what constitutes a good cause or the number of late shows required for termination.

Though workers support the stipulation of the exact number of days, they do not agree with raising the number from eight to 12.

“This isn't considerate to the current situation of the country,” said Kassahun Fillo, president of Confederation of Ethiopian Trade Unions. “There are various reasons that make employees late for work such as transportation problems."

Mehari Redae (PhD), a lecturer of Labor law at Addis Abeba University, argues that such provision is necessary to create strong work ethics in Ethiopia.

The requirement is needed to assure big foreign corporations that the country is trying to lure into its industrial parks and other mega projects where transportation won’t be a problem as the companies will provide it on their own, according to Mehari.

Another provision that is considered abusive by employers is the provision that states being absent from work for five consecutive days as grounds for dismissal.

Employers argue this led to employees missing work for four consecutive days and showing up on the fifth day to avoid dismissal. They add that the gap was repeatedly abused as there was no limit to the number of absentee days.

Another source of the debate was the extension of the probation period from 45 days to 60 working days. Kassahun believes 45 days is enough to evaluate an employee as the employer already processed the employee and chose him from other candidates before he was hired.

However, employers argue that for job positions that require skilled labour, 60 working days is not enough to assess an employee’s skill and capability.

"We want the probation period to be extended to 90 working days," Tadele Yimer, president of Ethiopian Employers Federation, told parliament.

Another departure of the new bill is the period of maternity leave. The current law gives 30 days of pre-labour leave and 60 days of post-labour leave. The new law changes the leave period to working days rather than calendar days, which extends their leave.

"While this provision could be seen as protecting the rights of women, it creates a great burden on employers," said Mehari.

He warns such extended paid leave for maternity could deter employers from hiring women.

The draft also addresses workplace sexual harassment. Apart from defining what constitutes sexual harassment, which is lacking in the current bill, the new law states that when a managerial employee engages in the harassment, it gives the victims the right to leave the workplace with a compensation payment of three months of salary.

The new law also does not set a minimum wage.

The setting of a minimum wage requires a lot of discussion and study that takes into account the country’s economic development and labour market, according to Hana Maru, team leader of Legal & International Affairs at the Ministry.

Instead, the bill lays the ground work for a minimum labour wage by establishing a wage board comprised of the government, employees, trade unions and other stakeholders that will determine the minimum wage and is responsible for periodically revising it, according to Hana.

The Ministry, after taking in public suggestions and revisions of the bill in respect to the feedback, is expected to table the bill to parliament during this session.

"If the public feedback requires a deeper revision, the bill will be tabled next year," Hana told Fortune.

The new labour bill aims to create a conducive environment for investment, creation of more jobs and maximizing the productivity of workers.

Abiding by Rule of Law to Save Lives
Share this...