Saudi Co. Ahead of Contenders to Build 250MW Solar Project 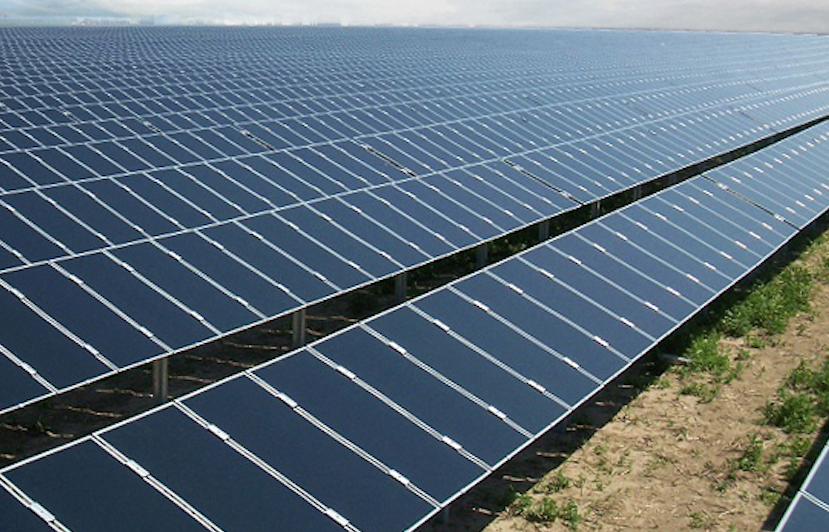 ACOA placed its financial offer of 0.025 dollars a kilowatt-hour on Friday, September 5, 2019, through the Independent Power Purchase agreement framework.

A Saudi Arabian energy company, ACOA, is ahead of the competition in a bid to win a deal with the Ethiopian government to build an industrial scale solar park, which will be the first of its kind for the country. If awarded, the company will bring its own financing to build solar power plant in two locations, each generating 125MW of power that will be sold to Ethiopian Electric Power (EEP).

ACOA placed its financial offer of 0.025 dollars a kilowatt-hour on Friday, September 5, 2019, through the Independent Power Purchase agreement framework. Four other international power companies bidding against ACOA were excluded due to non-compliance with the requirement. On Tuesday, they were issued letters of notice by the Public-Private Partnership Directorate, under the Ministry of Finance.

The projects are among the six power projects under consideration by the Ethiopian government. They were initiated by the International Finance Corporation’s (IFC) “Scaling Solar” programme. IFC is the private sector arm of the World Bank Group providing loans to companies to build the two solar photovoltaic projects, aka solar parks.

The board of the Public-Private Partnership, chaired by Ahmed Shide, minister of Finance, approved the two projects in January of this year, along with four other solar energy projects. The six solar projects require a total of 798 million dollars and have the capacity to generate 750MW of electricity.

One of the projects is located in an area known as Gad, 40Km from Dire Dawa, in Somali Regional State, while Dicheto will be home to the other solar park, found 90Km from the town of Semera, close to the border with Djibouti, in Afar Regional State. When completed, these solar parks are projected to consume a total of 150 million dollars in private investment.

The Directorate General, run by Teshome Tafesse (PhD), made a request for proposal for the two projects in April. Twelve pre-qualified bidders out of 28 companies with interest were invited, which submitted their proposals in response to a tender that was announced at the end of 2017. Out of the 12 bidders, one was excluded during the pre-screening process, and five firms made it to the technical evaluation stage.

ACOA, EDF Group from France, Enel Green Power from Italy, Globe Elec from the United Kingdom, and a consortium of Abu Dhabi and Belgian firms, Al-Nowais, were shortlisted to bid after meeting the terms sheet and the financing terms of the IFC.

However, a deal between the Ethiopian government and the IFC over the commitment by the former to provide a guarantee for currency convertability broke down. The IFC requires the government to assure that the money from the sales of power to EEP will be converted to foreign exchange to pay back the IFC.

It it common practice for the government to issue currency convertibility guarantees for borrowers when IFC finances projects. When it provides a guarantee, it would also be responsible for covering the variations from exchange rate fluctuations within the project period. No official statement was given by Ethiopian authorities on why they have pulled out from this guarantee, but they requested that bidders raise their own investment funding in less than two weeks, according to people close to the bidding process.

It was only the Saudi firm that came up with its own financing within the time bidders were given, although the projects were initially planned to be given to two companies, according to sources close to the case.

“As a package it may not be indivisible,” said a person who is knowledgeable of the project. “But the idea was to have two projects with the hope of increasing the number of players and completing the projects as early as possible.”

If the company is selected, EEP will enter into a long-term purchase agreement for 20 to 25 years.

“People from Ethiopian Electric Power and the Ministry of Finance are excited with the offer the company made,” said a person, who closely follows the process.

This will, however, raise a number of questions in relation to the role of the IFC, and the investment guarantee agency, MIGA. IFC has been a lead agency involved in supervising the entire process from project design through project audit and financing to the commissioning of the solar parks. Its officials were not reachable for comment at press time.

The World Bank launched the Scaling Solar programme in Ethiopia in 2015 with the aim of providing alternative electricity supply solutions and promoting privately funded solar projects connected to the national grid at competitive tariffs. Ethiopia is the fourth country to join the programme, following Zambia, Madagascar and Senegal.

Even though IFC would not finance the project, MIGA will be covering the political risk insurance, since the project is still under the Scaling Solar programme, according to a source close to the case.

The issue of tariffs offered by the Saudi company is also deemed half the general market price, raising eyebrows among people following the projects.

Districts Yet to Begin Issuing Building Permits, Despite Lifted Moratorium

Where's Milk When Needed? The Problem with Kiosks and Co