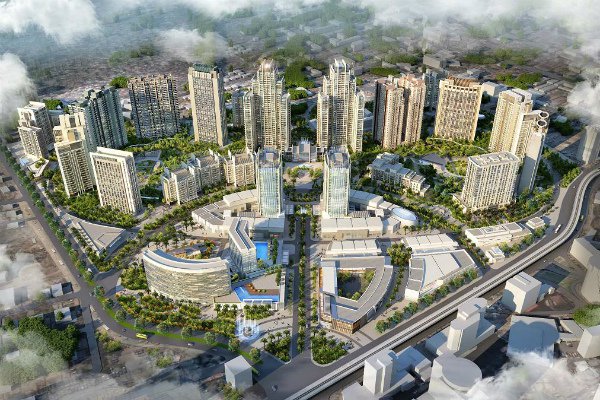 Kicked off jointly by Abu Dhabi-based private real estate company Eagle Hills and the city administration, the project encompasses building three hotels, 4,000 apartments, a mall and entertainment centres on a 36ha plot of land. It is expected to provide employment opportunities for 25,000 people.

The agreement between the city and the developer was expected to be signed two months ago. However, it was delayed due to differences on the relocation of the 1,600 households currently residing in the area and occupying over 10ha of the land. The company was expecting the city administration to handle the relocation issues of the residents.

A team of six delegates, including the city's land management, investment and housing officials led by Deputy Mayor Takele Uma, were in Dubai a few weeks ago to renegotiate the terms of the agreement.

After the re-negotiation, the city administration decided to grant the company the land with a lease free payment, while Eagle Hills agreed to build residential units for the inhabitants of the area.

Both have agreed to deliver the homes to the current residents without displacing them, according to Feven Teshome, press secretary at the city mayor's office.

"The parties will finalise the construction of the replacement homes prior to demolition," she told Fortune.

"The new homes will be built on the open areas. Only after the residents have been relocated to the new units will the demolition work be started," Feven told Fortune.

While granting Eagle Hills the land for free on a 99-year lease, the city retains a 27pc share in the project.

"Having a stake in the project will help us to closely monitor the project," Prime Minister Abiy told the gathering last Monday during the launching ceremony attended by Eagle Hills Chairperson, Mohammed Alabar.

Alabar, the eldest of 12 siblings, is the developer of Dubai’s Burj Kalifa skyscraper through his company, Emaar. Eagle Hills, established four years ago, has been engaged in major international real estate construction in Africa, Eastern Europe and the Middle East. Eagle Hills is currently working on 12 city construction projects including a waterfront project in Serbia and residential apartments in Jordan.

Following the start of the project, Eagle Hills is working on the outer fencing of La Gare Eagle Hills, which was the principal depot for Anbessa City Bus company. The station was moved to the open space in front of Ghion Hotel to accommodate the project.

"We brought the best of the best to Ethiopia," Alabar said. "Our projects so far were successful, and we have learned a lot."

Eagle Hills projects are not without controversies. The Waterfront Project in Serbia was criticised for building high-end apartments for a total cost of four billion dollars in a middle-income country. The residents of Belgrade took to the streets to protest the project, stating that it does not consider the country's situation.

The 132-year-old Addis Abeba Masterplan set the area aside as a central business district. With this plan, the leading financial sector players are marking and finalizing construction of their headquarters within walking distance of the La Gare Eagle Hills project. The area is anticipated to be established as the most prominent high-end location in the coming decade.

"The project will have an affordable housing component as Eagle Hills has agreed to sell the units at a price compatible with the residents' income," said Feven. "Besides, the government will arrange a payment modality for the current residents."

Urban designers commend the government move, yet suggest professional discourse and public deliberation over the project.

"This is a huge project, yet we have little information," said Zegeye Cherinet (PhD), an urban design expert. "The government at least needs to consult professionals from all spheres of academics before proceeding with the project."

The La Gare project is set to be completed in seven years. The place has an emotional attachment to the residents of the city. The oldest and the first train line in the country, Addis Abeba – Djibouti train, was headquartered at La Gare. The train station, completed in 1917, was used as the hub that links the south and east with the central highlands.

The company has already started importing their machinery and equipment, according to Feven.

"The project will commence soon," she said.

Eagle Hills did not reply to email requests before this paper went to print.