It will hold a general assembly this coming Monday 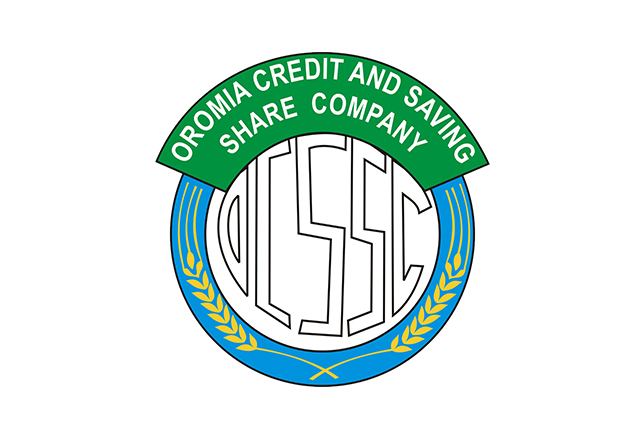 The road from microfinance to a full-fledged commercial bank has begun for the Oromia Credit & Saving Share Company (OCSSCO).

The road from microfinance to a full-fledged commercial bank has begun for the Oromia Credit & Saving Share Company (OCSSCO). The second-largest capitalised microfinance institution operating in the market, executives of the company are preparing to table a proposal to the shareholders' annual meeting scheduled for early this week, at the Sheraton Addis.

They have been preparing the company for a year now to widen the customer base beyond households in rural areas and expand operations in the financial sector. Shareholders will be asked to vote on the institution's new name, Sinqee, a stick held by women in ancient tradition.

Executives at the institution were imbued by a directive the National Bank of Ethiopia (NBE) issued last year, allowing microfinance institutions to evolve into commercial banks with a two-year transition period.

Oromia Credit is a microfinance institution active in a market with a combined capital of 19.4 billion Br and 92.2 billion Br in aggregate assets. Commanding an army of 6,000 employees, Oromia Credit is the second biggest of the 41 microfinance institutions, alongside the Amhara, Addis, Dedebit, and Omo, which are controlled by their respective regional states. These institutions account for 82.6pc of the total capital, 90pc of the savings, and 85.9pc of the credit provided in the microfinance market. The share of both Amhara and Oromia MFIs' paid-up capital accounts for less than 10pc of their total capital.

“We've expanded our human resources capacity and have been drafting the paperwork needed to get ready for the next stage,” said Tefera Tesfaye, deputy head of Oromia Credit, which had a capital of 3.4 billion Birr and 15 billion Br in assets at the end of the last fiscal year. “We have enough capital and resources to start conventional banking services, even better than some of the existing banks.”

In particular, the paid-up capital of Oromia Credit stood at 679 million Br as of October 2020.

The central bank allows a seven-year grace period for banks under formation to increase their paid-up capital to five billion Birr if they submit their final application in six months. Though there is a fear that the majority of the over 20 banks that are in the process of selling shares will be challenged to meet the new requirement in this period, those managing microfinance institutions are bullish in their ability to meet the threshold capital requirement.

"It's no trouble at all," Tefera told Fortune. "We'll reach there even before the deadline."

Microfinance institutions aspiring to evolve into commercial banks need to shed their dominant shareholders based on the regional states where they are registered and operating. Regional states are not allowed to own more than 70pc of the equity contribution, unlike the 90pc shares the Oromia Regional State controls in Oromia Credit.

The Association of Ethiopian Microfinance Institutions has already welcomed the decision of Oromia Credit. Its Executive Director, Teshome Kebede, sees the move as a step in the right direction that plays a marked role in raising financial inclusion.

Demis Chanyalew, an economist specialised in the agriculture sector, shares his view.

"Even though the objective of the institutions is reducing poverty, they cannot be stuck as a provider of microcredit to the poor," said Demis, who believes that the big five microfinance institutions are in a position to make the transition. "They need to transform and begin serving big businesses as well as those unserved by banks."

Despite his sanguineness towards their evolution, Demis thinks the microfinance institutions need to act in unison.

"Instead of each trying to re-establish as a bank, they should consider merging to be like an agricultural bank, to have a bigger impact in areas the financial sector fails to address," Demis said.