A UK-based company has supplied the system 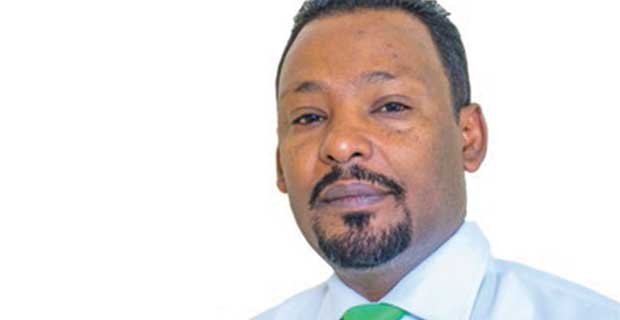 ICS Financial System (ICSFS), a company from the United Kingdom, developed the system that works for interest-free, corporate internet, retail and mobile banking services. The system was fully implemented last month after the duo signed the agreement two years ago.

ICSFS secured the project after vying with seven other companies. FLEX CUBC and ICSFS both passed the technical evaluation and demonstration stages.

After discussing the proposed systems by the two companies with foreign banks that have already implemented their systems, OIB decided to procure the solution developed by ICSFS, according to Wolde Bulto, vice president of Oromia International Bank, which has 32.1 billion Br in assets and 2.4 billion Br in paid-up capital.

To get training on how to use the system, 40 staff members of the bank traveled to Asia and Europe. The bank officials also traveled to Nigeria and Lebanon, where the same system is being used, checking on how those banks are managing the system.

"It was implemented when the Bank had a relatively low level of transactions compared to recent times," according to Wolde.

Currently, the Bank has around 1.5 million active customers and 267 branches across the country.

"Thus, our bank had to search for a new system that could speed up its operations,” Wolde told Fortune.

The old system took two to three hours to process end-of-day transactions, and the new system reduced this to less than 30 minutes. The monthly closing process, which required spending a night, is now done in 45 minutes using the new system.

The software suite future-proof banking activities by providing a broad range of features and capabilities with more agility and flexibility, to enrich customer experience, according to a statement from ICSFS, a company that was established in 2004 and provides business and technology solutions for financial institutions.

The new system also upgrades the Bank's interest-free banking software. The solution is designed and developed in line with the principles of Shari’ah law in compliance with the accounting and auditing procedures of Islamic financial institutions.

Oromia International Bank, which operates with 5,000 employees, is one of the first private banks that launched interest-free banking window service in Ethiopia.

"After the implementation of the new system," Wolde said, "it showed a performance gain that significantly enhanced our client's banking experiences compared to the old system."

Commencing operations in 2008 with subscribed and paid-up capital of 279.2 million Br and  91.2 million Br, respectively, the Bank has mobilised 26.5 billion Br in deposits in the recently ended fiscal year. It also disbursed 17.4 billion Br worth of loans and advances.

Tsega Tibebu, a PhD candidate and a lecturer at Bahir Dar University's College of Business and Economics, commented that the system upgrade at the Bank will play an immense role in letting it control fraud and illegal money movements.

"It will also ease the transaction process and save time," he said.