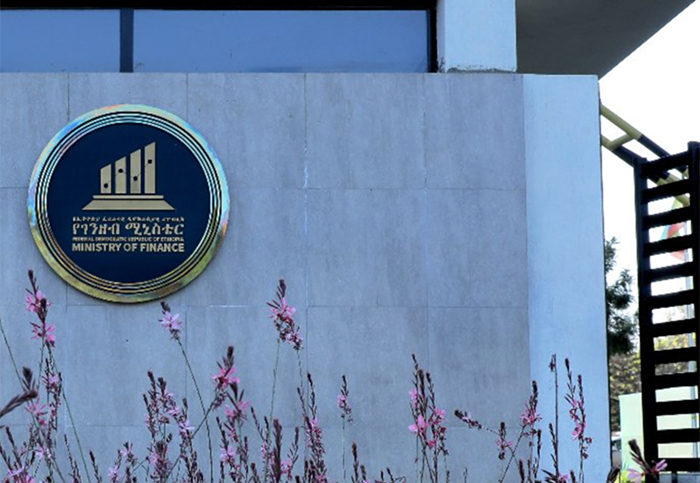 The loan disbursement was halted as negotiations are underway with the Bank for a debt extension of five years with a one-year grace period, Demisu Lemma, director of Chinese Cooperation at the Ministry of Finance, disclosed to Fortune.

The Export-Import Bank of China has withheld the disbursement of 339 million dollars in loans to Ethiopia as it conducts a review of the country's debt standing, leading to delays in eight infrastructure projects, sources disclosed to Fortune.

The Chinese Bank has made such a move after the Ethiopian government took the offer to become one of the 73 countries eligible to re-negotiate payment of loans under an international initiative multilateral finance institutions took on debt servicing and suspension due to the COVID-19 pandemic. It is an initiative later endorsed by G20 and Paris Club countries.

The amount withheld accounts for a third of debt disbursed by the end of the third quarter of the just-ended fiscal year.

The loan disbursement was halted as negotiations are underway with the Bank for a debt extension of five years with a one-year grace period, Demisu Lemma, director of Chinese Cooperation at the Ministry of Finance, disclosed to Fortune.

This, however, will not bode well for Ethiopia; a potential failure to renegotiate its debt owed to major creditors, particularly China, will lead to the expiration of an indispensable program with the International Monetary Fund (IMF). The IMF approved in December 2019 three billion dollars in loans for Ethiopia to help its address foreign exchange shortages, reduce debt vulnerabilities and enhance domestic revenues mobilisations. Nonetheless, "maintaining sustainable debt levels" is a condition Ethiopia's negotiators have agreed to when accepting a loan that represents 700pc larger than its quote in special drawing rights.

Two years on, the program's continuation depends on the successful negotiations of debt restructuring with the Chinese creditors, according to people knowledgeable of the process.

Officials of the Ministry of Finance have submitted documents necessary for the debt assessment, awaiting to hear back from the executives of the EX-Im Bank. Ethiopia's largest non-Paris Club lender, China Ex-Im Bank covers the lion's share of external debt from such lenders, which had reached 7.5 billion dollars by the end of March this year.

The loans are expected to be disbursed once the Bank completes the process of conducting an analysis of the overall debt stock of Ethiopia, which would be able to enjoy debt extension if it is approved. The analysis includes surveying how much outstanding debt the country has, the type of lenders, and the macroeconomic status.

Ethiopia`s external debt stock was at 28.8 billion dollars in June 2020, an increase of 6.6pc from the same period the previous year. Debt servicing has become an issue; lately, major international credit-rating agencies have downgraded the country's creditworthiness.

A major setback for a government that is already facing financial distress because of a critical shortage of forex, the latest decision of the Exim Bank, a major financier of megaprojects, including the four billion dollar Ethio-Djibouti railway, has forced authorities to suspend eight infrastructural projects temporarily.

The biggest loser from the suspension is the Modjo-Hawassa Expressway project, kicked off five years ago with a budget of 13 billion Br financed by the government, the World Bank, the African Development Bank (AfDB), China`s Ex-Im Bank and South Korea. The 202Km expressway was designed by Techniplan International Consulting, an Italian engineering firm, and under supervision by the Ethio-Infra Engineering Plc. Chinese Railway Seventh Group, a subsidiary of the state-owned China Railway Engineering Corporation (CREC), was awarded the contract for the first segment extending from Modjo to Meki towns. It was built with 3.6 billion Br in financing from the AfDB. Prime Minister Abiy Ahmed (PhD) inaugurated it a few months ago, but has yet to open for service as construction and infrastructure works, such as toll booths remain unfinished.

The initial project plan did not include the construction of toll sites and related infrastructure, but the Ethiopian Roads Authority (ERA) has the right to bring variations, according to Nahom Tsedeke, expressway team leader at the Authority.

For the second lot, stretching from Meki to Ziway, the Export-Import Bank of Korea extended a 228 million dollar loan to be repaid in 40 years, with a 15-year grace period.

Construction of the third segment, a 52Km stretching from Ziway to Arsi Negele towns, received 370 million dollars in funding from the World Bank Group as a concessional loan with a maturity period of 38 years and a grace period of six years.  Initially planned to be completed this month, the progress has seen less than 30pc mainly due to issues with right of way, Nahom disclosed. The contractor, SBI International Holdings AG, requested an extension months ago and the project completion date has been reset to July 2022.

The last segment of 57Km from Arsi Negele to Hawassa is to be financed using 196 million dollars from the Ex-Im Bank of China, though the funds have yet to be disbursed.

Several other projects with a combined investment of 340 million dollars are awaiting the next round of disbursements from the Chinese financier. The fate of projects such as the Addis Abeba Power Network Rehabilitation & Upgrading Project,  the Qality Ring  Road  Interchange, Tulu Dimtu Roundabout Road and Qality Ring Road Bulbula, and the Bole-Lemi and Kilinto Industrial Zone power transmission project is on balance pending a crucial agreement with executives of the Chinese bank.

Admitting the impact of the suspension on ongoing projects, Demisu says the debt extension would be more beneficial in the long-run. He recalled similar negotiations conducted in the past, even before the G-20 common framework surfaced when disbursements were paused. Demisu wants to see the repeat of the success achieved during the negotiations with other bilateral lenders, which had suspended a total of 221.6 million dollars that should have been paid between May 2020 and June 2021 under the debt suspension initiative of the G20 countries.

Ethiopia was granted restructuring two years ago for 3.3 billion dollars in loans disbursed for the construction of the Addis Abeba-Djibouti railway project. A few other relief agreements have also been made with China, which is believed to be Ethiopia's biggest bilateral creditor, accounting for about 32pc of external debt stock. The World Bank follows close behind.

Road to Connect British Embassy to Africa Avenue for $25m