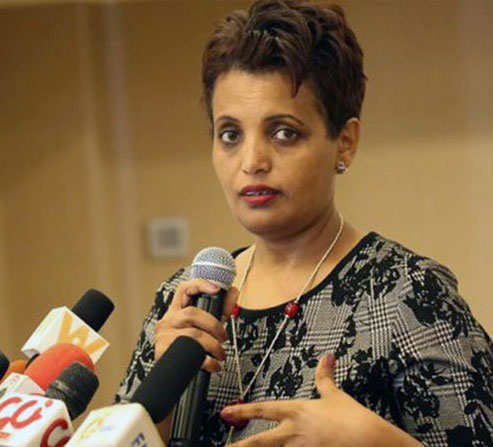 After all, voters in Ethiopia may not crowd polling stations on June 5, 2021, as initially scheduled by the National Electoral Board of Ethiopia (NEBE).

If anything is certain from statements made by electoral officials on Saturday, the polling date for the sixth national elections could be moved by weeks, although no date is fixed.

The Board needed to put together all variables before making a decision, according to Birtukan Mideksa, chairperson of the Board, who conferred with representatives of contesting parties over the weekend. Preparations for polling activities were slated to begin following the completion of  voters` registration, and the NEBE will have to account for activities such as the distribution of polling equipment, rolling out of training, and recruitment of poll facilitators, she said.

During a press briefing held two weeks ago, the Board had hinted that the elections might face postponement if the measure is seen as necessary after conducting assessments.

"We'll be working to fit these activities in between the completion of registration and polling dates," Birtukan had said at the time.

Voters` registration was extended twice due to security concerns and logistical issues, narrowing the time between registrations and polling activities to a mere three weeks.

The Chairperson confirmed that the Board`s tasks cannot be met within the remaining time before she proposed to shift the polling date to an undisclosed time.

"Our assessment shows that it's not possible to conduct the elections based on the schedule," Birtukan said.

She, however, said a new poll date would be set after reviewing feedback from political parties, some of which have already welcomed the postponement.

The National Movement of Amhara (NAMA), established three years ago, is one of them.

Tahir Mohammed, head of communications for NAMA, said delayed polls were expected and postponing it is reasonable considering the remaining activities, such as printing ballots. Some of the contesting parties have proposed a delay of three months during discussions with the Board late last week, held at the Inter Luxury Hotel, formerly known as the InterContinental Addis. Tahir believes the Board will take feedback from these political parties into consideration when making the decision.

Enat Party too takes the delay positively, considering the current instability in the country.

"The original schedule was problematic as it would have opened opportunities for fraudulent activities," said Seifesilassie Ayalew, acting president of the Party.

Not everyone in the opposition bloc is on the same page.

Leaders of the Balderas for Genuine Democracy say the delay holds little significance.

"Postponement or even cancellation doesn't mean much in a country where there is no supremacy of the law," said Bekalu Atnafu, head of public relations at the party. "The election is a luxury at this point."

More than 36 million voters have registered before the deadline last Friday, slightly less than the 36.8 million recorded during the national elections six years ago. Almost 16 million were registered in Oromia Regional State, exceeding the combined total of those who signed up in the Amhara, Southern, and Somali regional states. Less than 1.5 million people were in Addis Abeba.

The Board is currently rolling out preparation activities such as the printing of ballots, half of which was completed about two weeks ago. The final change up and clearance date for candidates registration was also completed on May 7, 2021.

For Eyasped Tesfaye, a political pundit, it is essential for the Board to postpone polling dates as the delays caused by the interruption of voters` registration seen in parts of the country have to be made up for.

However, he foresees the new date will have to stay within the period locked by the House of Federation. As the previous date was set in consultation with political parties, the adjustment can also follow the same step.

Last year, the House decided that elections should be held within nine to 11 months after the Ministry of Health declares COVID-19 pandemic no longer pause public health threats, which the Ministry did on September 22, 2020. A rough calculation identifies that the election can only be postponed up until mid-August, 2021, according to Eyasped.

The NEBE has also decided to conduct city council elections in Addis Abeba and Dire Dawa on the same day, though they were initially scheduled to take place a week after the rest of the country had gone to the polls.

Rural, Young, Female: Too Likely to be Out of School
Share this...