Africa's central banks are walking a tightrope trying to curb inflation mostly out of their control and causing "horrifying" food insecurity, the International Monetary Fund's Africa head warned. The IMF's twice-yearly Regional Economic Outlook released last week warned that 123 million people, or 12pc of sub-Saharan Africa's population, face acute food insecurity - where the lack of access to adequate food puts someone's life or livelihood in immediate danger - by the end of the year. That compares to around 82 million people affected before the COVID-19 pandemic, but the hammer blow of the virus, spillovers from the war in Ukraine as well as worsening unrest and drought in parts of the continent have seen the numbers spiral. "What worries us really is the fact that this is coming on top of all of the dislocation caused by the pandemic," the IMF's Abebe Selassie said this week. Ethiopia, Somalia and parts of Kenya are also on track for a fifth failed rainy season, with famine looming in Somalia. Annual food price inflation in sub-Saharan Africa has stood at over 10pc since the second half of 2021, and the IMF's new economic forecasts this week revised up its regional inflation projection by two percentage points to 8.7pc for this year. It also cut the GDP growth forecast by 0.2 percentage points to 3.6pc, a significant drop from the 4.7pc expansion in 2021, and has said Nigeria, Ghana, Ethiopia, Malawi, and Zimbabwe may all need to raise interest rates faster or more decisively. "It's a delicate balancing act that central banks face," Abebe said. "Inflation is this insidious, insidious tax on the poorest." Rapidly rising global interest rates mean that sub-Saharan Africa's most heavily-indebted countries have effectively lost access to the international capital markets. That has pushed countries, including Ghana, to request IMF bailouts. Abebe said work was still ongoing to determine if the West African country now needs debt relief. Ethiopia, Zambia and Chad, meanwhile, had long been seeking to restructure their debts under the G20 Common Framework initiative established in 2020 in response to the COVID-19 pandemic. Progress has been painfully slow. Ethiopia's restructuring has been delayed by ongoing civil war, although IMF Managing Director, Kristalina Georgieva, has said this week she hoped both Zambia and Chad's processes would now be finished by the end of the year. Chad's bilateral creditors said last week that the country now did not need debt relief, given the surge in the price of crude oil, one of the country's major revenue earners. Oil trading and mining firm Glencore, Chad's largest commercial creditor, declined to comment. "The delay from Chad's creditors in approving much-needed debt relief has been very problematic," Abebe said in a press conference last week. "We want to make sure that the resources we provide will go to support Chad rather than address an unsustainable debt situation," he said, referring to a three-year, 570 million dollars programme approved in December. "The benefits of these higher oil prices should accrue as much to Chadian people as much as its creditors." "Is everything working as timely, as speedily as we hoped? No," Abebe said of the Common Framework, in an interview before the statement from Chad's creditors. "But I also want to stress that there's been quite a lot of cooperation from members of the G20, China and others." He said Zambia and Chad's restructurings now rely on the private firms and funds that provided the country with loans. "Anything that exceeds what is a reasonable ask of the Zambians would be unfair to the people of Zambia," Abebe added. He warned that more African countries might need to restructure their debt. "If global conditions persist," he said, "There will be some countries that will require debt reprofiling." Meanwhile, an assessment of Ghana's debt sustainability is ongoing, Abebe said in the press conference, after the West African country requested help from the Fund amid soaring inflation and a tumbling currency. The IMF is waiting for the government to set out how it will address its debt, while a Fund programme will also depend on how quickly Ghana implements planned economic reforms, Abebe said. (Reuters) 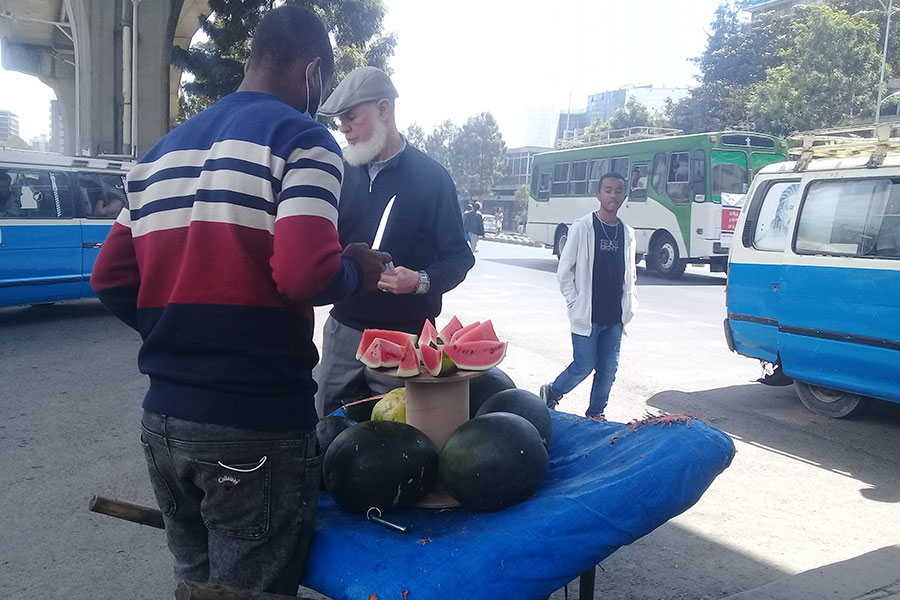 Addis Abeba strives to be a city of distinction with a glamorous look. But lately, most parts of the city are overwhelmed by informal street vendors. Underneath the bridge around La Gare, commonly known as Lagahar, a street vendor sells pieces of watermelon from a mobile pushcart. Watermelon is a flowering plant species with more than 1,000 varieties worldwide. It lowers high blood pressure and cholesterol levels when taken regularly. Ethiopia exported 483tns of watermelon to Djibouti in 2018, w... 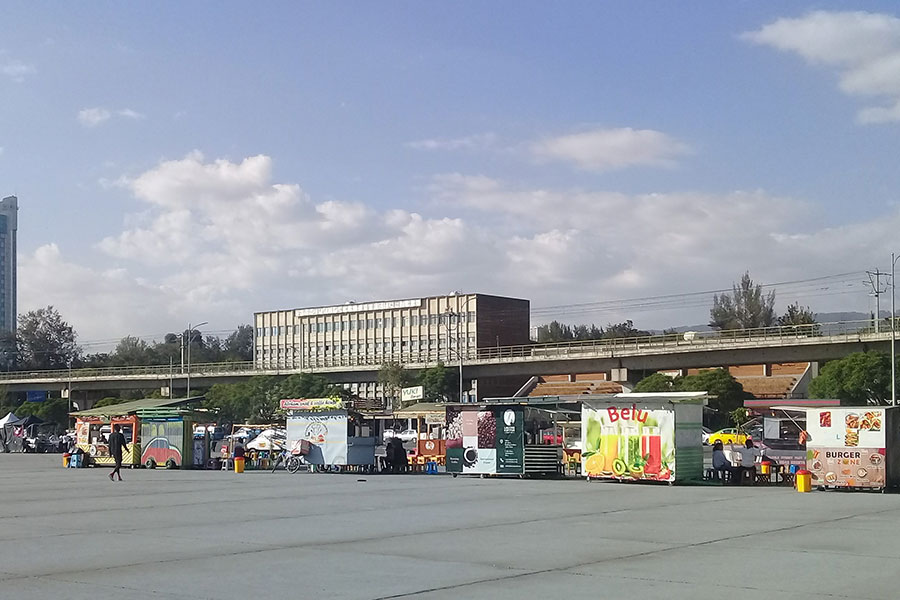 Since its establishment during the reign of Emperor Haile Selassie, Meskel Square, on the interseciotn of Africa, Ras Mekonen and Jomo Kenyatta avenues, has been one of the landmarks of Addis Abeba. Having been the site for public gatherings, rallies and festivities like (Meskel celebration), the Square laid out a somewhat classy atmosphere to the city and has become a recreational centre with a mesmerizing look. Following the Beautifying Sheger Initiative, the refurbishment of the Square was in... 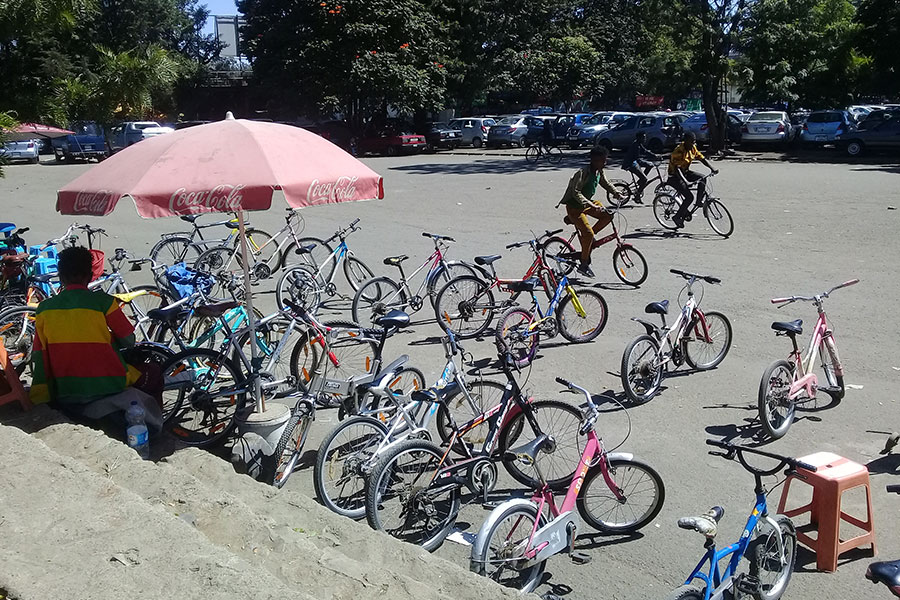 Addis Abeba's Stadium neighbourhood has been home to driving and cycling trainees for decades. Homeless children favour the location for its open spaces and high traffic. They ride rented bikes around on a school day. Pangs of hunger are numbed out by riding in circles on top of colourful bikes for the children. They were escaping vicious cycles of poverty on top of bicycles, if only for minutes...