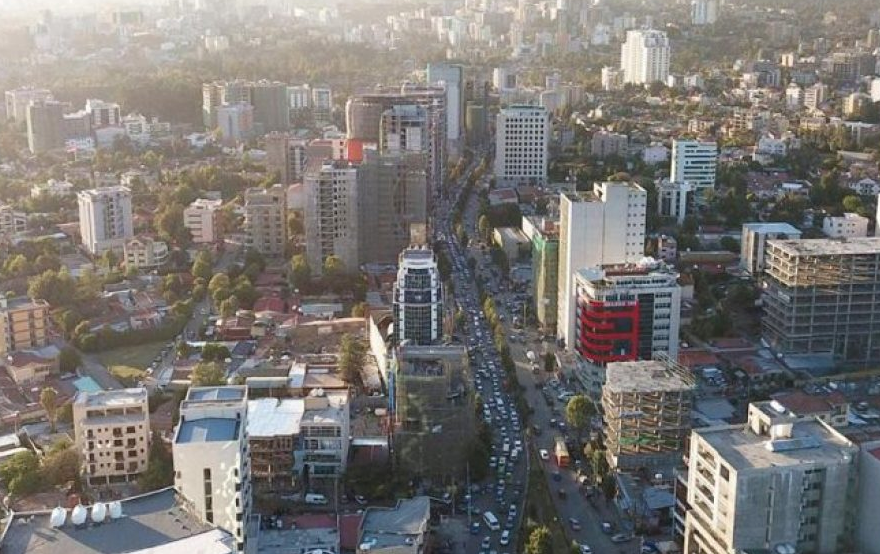 Ethiopia is Africa’s oldest independent country and its fastest growing economy today. With a population of over 100 million and an annual economic growth rate of 10pc over the past 15 years, it presents a unique opportunity. Currently preventing it from joining the global map of successful economies are several challenges: a low per-capita GDP of under 800 dollars per year and poor internet and smartphone penetration, mainly due to the largely rural population and a government monopoly on the telecommunications market.

Here are five reasons global stakeholders should take a closer look at:

Ethiopia – historically recognized as one of the most authoritarian and politically stifled countries in sub-Saharan Africa – has been increasingly turning toward openness and democratic processes. In domestic politics, democratization has been undertaken, accompanied by a path towards reconciliation and peace abroad. The country began a rapprochement with Eritrea on a border dispute and worked toward normalization of relations with Somalia and Djibouti. Ethiopia has received new political and financial support from a number of parties, including the European Union, the World Bank and the IMF. The new policies were also well received by the Ethiopian diaspora, a big contributor to the economy through remittances. The steps taken towards national security and political reconciliation – such as lifting of the state of emergency, releasing political prisoners, and reforming tough laws on anti-terrorism, media and civil society – are considered positive by international observers.

More than 70pc of citizens in Ethiopia are under 30, and nearly 50pc are under 15. In 2017, a World Bank report found that enrolment in higher education had multiplied fivefold since 2005, with the number of public institutions increasing from eight to 36 over that period. The government has also implemented a 70:30 higher education policy – training 70% of students in technology and science, and 30pc in social science and humanities. In a world where service industries account for 65pc of global GDP, these are the type of education policies that seem adapted to the new global context. Technology and knowledge-based industries have the potential to thrive, thanks to the cost advantages and the availability of human capital in Ethiopia. If the country’s youth can be channeled through relevant skills training, then this human capital will become a key economy-boosting asset.

Ethiopia is one of the world’s largest untapped markets, and there is an increasing belief that privatization of state-owned enterprises could be one of the ways to attract potential investments and spur the economy. For example, it is also one of the least connected countries in the world, with an internet penetration rate of only 15pc in 2016, up from 12pc the previous year, according to data from the International Telecommunications Union (ITU). Mobile phone penetration was recorded at 51pc, up from 43pc in 2015. The Ethiopian government has resisted liberalizing key sectors to foreign and local investors, but the executive committee of the Ethiopian People's Revolutionary Democratic Front (EPRDF), the ruling party, disclosed a plan to partially liberalize key economic sectors in June 2018. There are plans to offer minority stakes in airlines, power and telecoms to global investors. In addition, the possibility of railway projects, hotels and key manufacturing industries, have already created enough buzz to boost investors’ confidence and in turn, the possibility of attracting investments. The government has also created five industrial parks that have spurred the creation of 45,000 jobs, with the aim to set up a total of 30 and increase their manufacturing from 5pc to 20pc of GDP.

Local challenges around mobility, agriculture, infrastructure and healthcare for a country of Ethiopia’s size could be turned into a series of opportunities by the start-up movement. Sustaining a strong Ethiopian economy will require the existence of a local start-up ecosystem. Such an environment – where entities such as universities, large companies, service providers, research and funding organisations come together to allow local entrepreneurs to get off the ground and to scale up – will be vital.

An important piece of the start-up puzzle in Ethiopia is the existence of entrepreneurial role models such as Bethlehem Tilahun Alemu, founder and managing director of SoleRebels. In early 2005, shortly after graduating college in Addis Ababa, Bethlehem founded the trailblazing footwear company to provide solid, community-based jobs. Tapping into her nation's rich craftmanship heritage, she is on track to be the first global branded retail chain from a developing nation to open 100 stores and achieve over 200 million dollars in revenues by 2019. However, structural challenges remain for Ethiopian entrepreneurs. The success of ride-sharing start-ups around the world, like Grab, Didi Chuxing, Lyft, Careem and Ola Cabs, has inspired three such companies in Ethiopia. But this trio – ETTA, Zayride, RIDE – face obstacles including low internet penetration, poor connectivity and lack of access to finance. They can, however, be optimistic as the government plans to unlock two of the most heavily regulated sectors – banking and telecoms.

Strategic location between Europe and Asia

In addition to its strategic positioning as a long-haul transfer hub, Ethiopia is increasingly becoming an important destination for manufacturing, especially in the ready-made garment (RMG) sector. With the success of Zara’s business model, RMG suppliers are pressurized to reduce the turnaround time between design and final delivery. One of the easiest ways to achieve this is to stay closer to the brands. However, most big brands don’t currently have interesting alternatives closer to their regions, heavily relying on countries like Bangladesh and Vietnam for cost reasons. Bangladesh’s RMG manufacturing sector is increasingly gravitating towards Ethiopia to maintain its low-cost advantage and, additionally, stay closer to key brands in Europe. With a strategic location and low-cost labour, Ethiopia is uniquely positioned to succeed in the apparel manufacturing space, provided they can train their young people to deliver the required quality.

On the services front, one of the country’s biggest advantages is being situated in a time zone closer to Europe. With its sizeable number of English-speaking nationals, Ethiopia may be able to attract back-office jobs from Europe. If the government succeeds in converting its youth boom into human capital, the service industry could witness growth. The commissioning of the Ethiopia-Djibouti electrified rail line in January 2018 is a significant boost to the country’s export ambitions, by moving goods from newly built industrial parks in landlocked Ethiopia to ports in Djibouti.

Ethiopia Disrupts, by the Skin of Its Teeth

Plastic: The Next Stage in Banknote Evolution