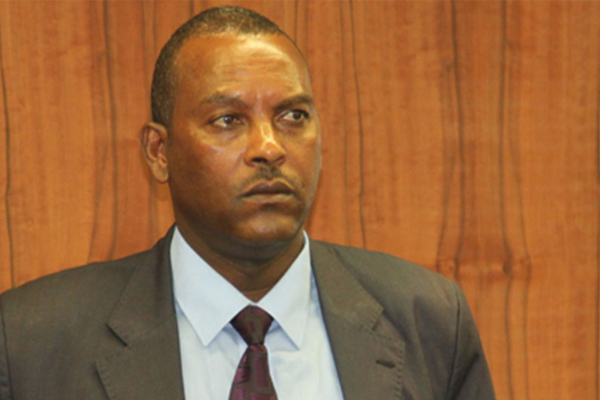 Public procurement accounts for 64pc of the annual federal budget and 14pc of the country’s gross domestic product (GDP). The federal government established a project office five years ago to assess the feasibility of employing a digitalised procurement system.

Three years ago, Perago Information Systems, a local IT firm, was hired to deploy a platform. Perago is also behind the government electronic service portal launched two years ago by the Ministry of Innovation & Technology. More than two dozen federal agencies provide 319 services through the portal.

Over the years, Haji and his team have been experimenting with the new system as a pilot with nine federal agencies. Last month, Haji decided to expand the system by making electronic procurement compulsory for 72 agencies. A graduate of the University of Greenwich, London, Haji served at the Ministry of Finance in various capacities for close to a decade before assuming his current position two years ago.

Two weeks ago, Haji instructed these institutions to submit their annual procurement plans for the electronic undertaking. Any procurement conducted outside the system would be non-binding, says Setege Gemeda, director of communications.

There are some exceptions to this clause.

“Agencies will be allowed to conduct manual procurements in case of system breakdown,” said Setege.

Officials at the Authority selected relevant entities of the 174 federal agencies using two parameters: the availability of a skilled workforce to conduct e-procurements and the Integrated Financial Management Information System (IFMIS) deployment. The latter looks to improve public financial management and asset administration. The federal government has been implementing IFMIS in public agencies since 2019.

The Ministry of Revenues (MoR) is among the agencies that have been implementing an e-procurement system for two years. However, it has not been using the system fully. Understaffing to carry out electronic procurements is a significant setback, says Asheber Regasa, director of treasury and finance.

Federal legislators have apportioned a 2.7 billion Br budget for the Ministry this year.

“Thus far, the Ministry is using the system for miscellaneous procurements,” said Asheber.

Experts contend that the system does not require staff with advanced skillsets to operate. Ewnatu Abera, chief executive officer (CEO) of Perago Information Systems, a company with 45 employees, believes a limited team can handle the job.

Administrators of federal agencies say suppliers are reluctant to register for the electronic system. Vendors and suppliers enlisted in the federal manual public procurement scheme reached 50,000. However, no more than 2,200 are listed under the e-procurement system.

“It eliminates the involvement of local agents,” he said.

Most international companies participate in public procurement bids through agency agreements with domestic companies. The suppliers include commissioners and service fees from local partners, which are transferred to buyers.

Solomon Nigussie, deputy director of the Ethiopian Pharmaceuticals Supply Agency (EPSA), hopes adapting the e-procurement system will enable the Agency to reach out to more international suppliers. The Agency sources over 90pc of its supplies from foreign manufacturers; however, its dealings have been limited to four multinational companies.

“We can only manage to reach out to a few international companies,” said Solomon.

Perago Information Systems assisted the Agency in automating the procurement of 10 essential medicines.

Solomon anticipates the system to be fully automated to access international suppliers and speed up the procurement process. It takes 200 days for the Agency to receive drugs after letters of credit are opened. Since 2019, the Agency has been using enterprise resource planning (ERP) solutions to manage its routine activities, from procurement and inventory control to supply chain operations.

“We’re discussing how to integrate the two systems,” said Solomon.

Shiferaw argues that rolling out a full e-procurement system requires strong legal support. Haji and his deputies sent a draft proclamation two months ago to the Council of Ministers, which repeals the 13-year-old law governing public procurement.

IT'S ONE AFTER THE OTHER

Offloading Climate Responsibility on the Victims of Climate Change