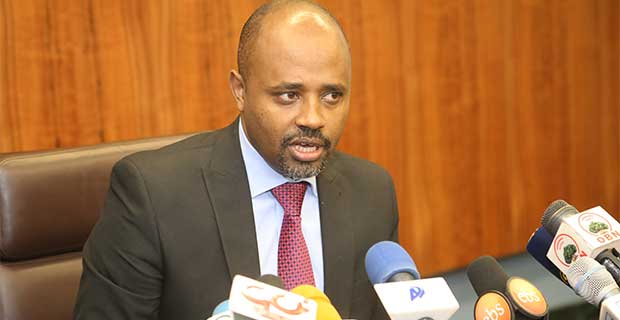 The parliament is due to meet this week to approve the controversial excise tax bill, which recently excluded telecommunications from the taxable items list.

The Revenue, Budget & Finance Standing Committee has finalised the consultative meetings and public hearing on the bill that resulted in a number of changes from the initial bill.

Last week, the five percent excise tax on telecommunication service was waived. The 15pc excise tax on bottled water and the 35pc tax on cars with below 1,300cc engine capacities were lowered to 10pc and five percent, respectively.

Excise tax on the telecommunication service was removed after the standing committee summoned the Ministry of Finance with the telecom executives for a discussion on February 4, 2020. Following the meeting, the three parties agreed to waive the proposed taxation on telecom services. The Ministry has already amended the bill and proffered it to the standing committee for an endorsement.

During the discourse, the Ministry officials stated that the intention of the proposed excise tax was increasing revenues, according to Lemlem Hadgu, chairperson of Revenue, Budget & Finance Standing Committee of the parliament.

While drafting the excise tax law, the Ministry has considered imposing five percent or 10pc excise tax on telecom service with the main aim of generating either 1.5 billion Br or 3.1 billion Br in revenue, respectively. This translates to a contribution of 0.08pc for the five percent option and 0.17pc for the 10pc option to the excise-to-GDP ratio.

Currently, the excise tax contribution to GDP stands at 0.7pc, and the bill targets to double this figure to 1.4pc.

"However, we've reached a consensus on how the tax will affect the coverage of telecom services and mobile users, which will, in turn, affect the revenue of the government," said Lemlem.

In the first half of the current fiscal year, Ethio telecom registered 22 billion Br of revenue and paid two billion Birr to the government in the form of dividends.

Unlike most Sub-Saharan countries, Ethiopia imposes excise taxes only on goods. Services are not covered by excise tax. Telecommunication services are taxable in many nearby African countries, including Kenya, Rwanda, Tanzania and Uganda.

The bill was supposed to be tabled to the parliamentarians for legislation on February 6, 2020, however, due to the tight schedule, it was not tabled, according to Lemlem.

The proposed move of the government would have affected the tariff levied on the services, according to Yihunew Wondie (PhD), assistant lecturer in communications engineering at Addis Abeba University.

"The current tariff on telecom services is already on the high-end compared to other countries," said Yihunew.

It is apparent that the sector is a target for taxation owing to the fact that it is widely used, making it easier to collect revenue from the service, according to Tadesse Lencho (PhD), assistant professor at Addis Abeba University's School of Law & Governance.

"The people are already paying the price of the monopoly tax for the services," said Tadesse, "and the government is benefiting from it."

It is evident that the tax will be enforced in the future when there is reasonable market competition in the sector, according to Tadesse.

At the same meeting, the standing committee members asked for a clarification on the five percent excise tax on cars below the 1300cc engine threshold. They questioned the fairness of how already assembled imported cars are treated equally with the completely knocked-down (CKD) and semi knocked-down (SKD) cars to be assembled by the domestic industry.

The Ministry explained the rationale by stating that complete and semi knocked-down cars are already exempted from any customs duty and surtax to encourage local assemblers.

"The reform has been aborted."