The claimants plan to appeal to the House of Federation. 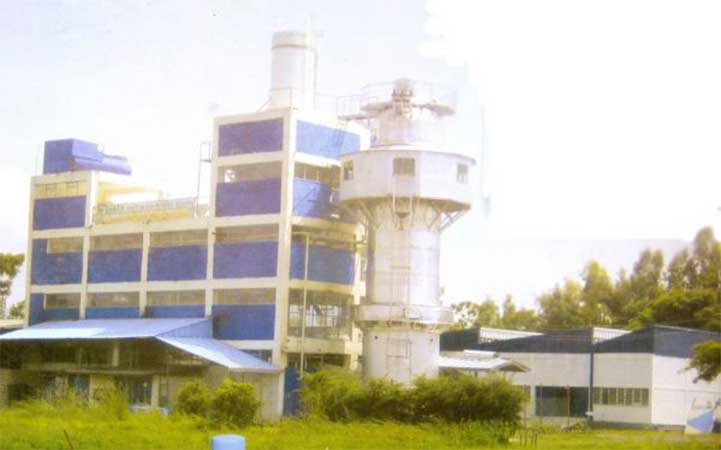 According to annual data from the Ethiopian Chamber of Commerce & Sectoral Associations, Get Eshet Detergent manufacturing plant in Debrezeit produces approximately 15.3 million Br worth of detergent but only utilises 30pc of its capacity.

The Council of Constitutional Inquiry, the nation's constitutional interpretation advisory body, has resolved a six-year court battle over a piece of land in Oromia Regional State in favour of Getachew Eshete.

The Council ruled in favour of Getachew, who has been in a court battle with Bewketu Tadesse (PhD) and Meseret Bereded who bought Get-Eshet Detergent Manufacturing & Packing Plc from Getachew and his family for 22.5 million Br on November 27, 2012. The detergent plant is located in Bishoftu, Oromia Regional State.

In their defence, the defendants argued that they had already paid the two million Br down payment, 2.9 million Br to the DBE and 0.8 million Br in accumulated taxes. They also claimed that the plaintiff took the case to court while they were about to make the first year's payment that amounted to 3.75 million Br.

The defendants also argued that they did not illegally possess the disputed land; instead, they argued that it came with the plant, which rests on an 11,305Sqm plot.

The High Court that presided over the case rejected the plaintiffs call to void the agreement and ordered the defendants to pay the outstanding 17.5 million Br and take over the plant. It also ruled that the parcel in dispute belongs to the seller, Getachew, and was not part of the detergent plant.

Displeased with the High Court's ruling, both parties took the case to the Supreme Court. After reviewing the appeal, the justices sustained both the 17.5 million Br payment and the land issue. While passing a ruling over the land, the judges stated that the disputed parcel is under a title deed given for a juice processing plant owned by the plaintiff.

Bewketu and Messeret took the case to the Cassation Bench, stating that the lower court made a fundamental error of law. The Bench again sustained the lower court's ruling. The justices of the Cassation Bench also sentenced Bewketu and Messeret, along with four more people, to between one to six months of imprisonment for alleged contempt of court committed after the court session had ended.

They again took the case to the Council of Constitutional Inquiry in May 2018 requesting constitutional interpretation, stating that the Cassation Bench's ruling contradicted six articles of the Constitution.

The Council, which is chaired by Chief Justice Meaza Ashenafi, closed the case by rejecting the claimant's claim, stating that the case does not need any constitutional interpretation.

Even though the case has exhausted all the judicial hierarchies, the claimants are planning to appeal to the House of Federation as a last resort, according to Assefa Adane (PhD), special consultant to Get-Eshet.

"The Council has told us that we can appeal to the House of Federation," he told Fortune.

Semere Ejigu, a lawyer with nine years of experience, does not agree with the ruling of the Inquiry and argues the case requires constitutional interpretation.

"All the claims raised by the claimant require constitutional interpretation," said Semere. "The Council's rejection is not right."

He is also against the justices' ruling that sentenced the claimants for contempt of court.

“There must be a judicial notice given by the court for imprisonment if someone insulted or harassed the judges," he said. "Witnesses should have been heard at least."

Getachew and his wife, Haregnesh Mekonnen, declined to comment on the issue.

The Battle for Peace with Few Allies, No Time!

Remittance, Losing its Battle Against the Parallel Market