The foreign currency that is generated from the share sale will then be fully surrendered to the central bank once the share subscription is completed, according to the draft directive.

Ethiopian diaspora who are interested in putting money to work in the financial industry can only invest in foreign currency, according to a new directive that is in the making.

Drafted by the National Bank of Ethiopia (NBE), the directive proposes the Ethiopian diaspora, organisations wholly-owned by diaspora and companies jointly-owned by Ethiopians and diaspora only  invest in existing and the under formation financial institutions in foreign currency.

The draft directive, which aims at bringing foreign currency into the country, requires the diaspora community to transfer their investment through the SWIFT system. It also stipulates the financial institutions open a blocked foreign currency account for the share sales and report these transactions to the central bank.

The foreign currency that is generated from the share sale will then be fully surrendered to the central bank once the share subscription is completed, according to the draft directive.

“It has become important to attract foreign currency by opening the financial sector to the diaspora," reads the draft directive, "and also strengthen the capital base of financial institutions."

The foreign currency crunch has been the major problem of the economy over the past couple of years. The foreign reserve coverage has been dwindling and even once reached a level that can only cover 1.8 months of import bills.

Showing some improvement, foreign reserve coverage reached 2.7 months of imports as of March 31, 2019. Until the end of the third quarter of the last fiscal year, the net foreign assets of the National Bank of Ethiopia increased by 229.8 million dollars, while that of commercial banks decreased by 105.7 million dollars.

The government estimates there are about three million Ethiopian diaspora, but the exact number is not identified. The Ministry of Foreign Affairs has recently announced a plan to conduct a diaspora census in a bid to determine the exact figure of the diaspora community.

Before the legislation of the proclamation, the financial sector was closed for the diaspora community. Three years ago, the central bank ordered all of the private banks and insurers to return the share certificates of non-national shareholders and auction off the shares for public subscription. The central bank has also stated that the amount of money offered above par value has to go to the national treasury.

The new draft directive also proposed the dividends of the shareholders to be paid in the local currency, and it cannot be repatriated. The shareholders can reinvest their dividends, according to the draft directive. The minimum amount of shares to be subscribed to by a member of the diaspora shall be determined by the respective bank, microfinance or insurance company, proposes the directive.

However, Abraham Sium, chief executive director of the Ethiopian Diaspora Association, believes that there are points that are not addressed in the draft.

"How about the returnee diaspora community?" he asked. "Are they expected to invest in foreign currency, while they are living in Ethiopia?"

Abraham also says that the central bank has to involve them in such kinds of lawmaking processes to avoid confusion and to properly address all areas.

The draft received a warm welcome from one of the under formation banks, whose promoters believe it could potentially increase the forex flow into the country and help the financial institutions generate capital.

"It'll help the financial institutions generate the capital, which will not be generated locally," said Munir Husein, promoter and project manager of Zad Bank S.C., which is selling shares to form an entirely interest-free bank.

However, Munir says that the financial institutions will not benefit from the foreign currency, since all of the forex earning will be surrendered to the central bank.

Habib Mohammed, an expert in the banking sector, also shares Munir’s argument, saying that financial institutions should be benefited by the foreign currency.

He also argues that the new directive could discourage the diaspora community from investment.

"There are many diaspora who have cash and property here and want to invest in the financial industry," he said, "so because of the new directive, they can’t invest."

The last assembly of legislators under the Dergue, the Shengoas it was known then, wa... 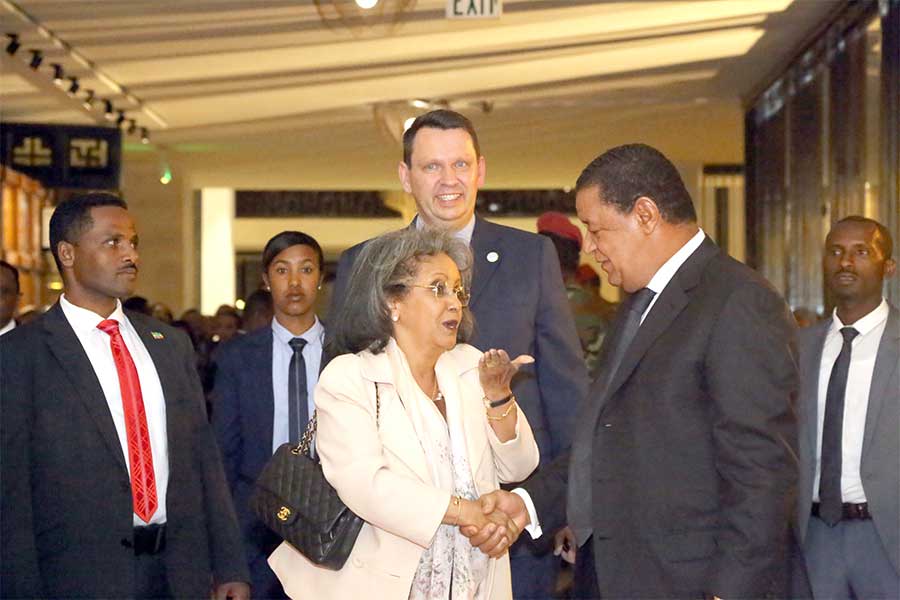 Dam Deal: The Devil in the Details

When about 5,391 households, who had been residing in Guba, a village located 17Km from the Sudanese border, were told to resettle to new re...

The theory is relatively simple. If we are following a healthy and honest path in our personal lives, then we would also collectively make u...

As global business and political leaders gather in Davos for the World Economic Forum’s annual meeting, they should ask themselves one big...

The rank and file of the incumbent Prosperity Party (PP) have...

The rank and file of the incumbent Prosperity Party (PP) have convened in the town of Adama, Nazareth, ov...

The relationship Lady Birtukan has with the Prime Minister...

A few months from what will be the most anticipated national elections, one of the weakest links in the h...

The last assembly of legislators under the Dergue, the Shengoas it was known then, wa...

Transparency Bakes the Cake Even Better

Addressing questions from members of parliament a few months after ascending to the O...

If there is anything about the current development in the political arena, it is not...

The announcement came without much fanfare. But Jawar Mohammed’s decision to join t...

What We want to See in Politicians

We are living through a never-ending array of political and social crises. There is everything from polarisation to grievances, resentments...

Ethiopia has been grappling with the deeply rooted problem of seeing children merely as a source of incom...

For the Love of Sleep

Last week, I had to wake up late at night, because my son was crying. My love for him did not change the fact that I was deeply irritated th...

An old friend of mine once told me how fascinated he has always been by the concept of adultery. I did not understand him at the time, altho...

In the foreground is the shanty mud houses with dilapidated rooftops and deteriorating walls. In the background, visible from all the way from Cherkos, is the headquarters of Wegagen Bank which stands over two dozen storeys high and was inaugurated t...