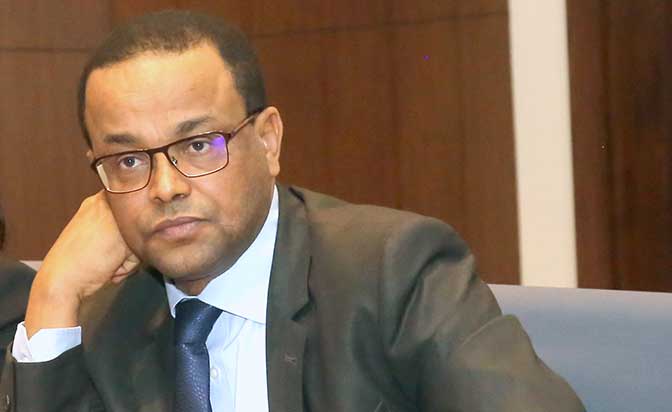 Amidst the tight liquidity conditions in the banking industry, the National Bank of Ethiopia (NBE) offered 5.5 billion Br in loans to commercial banks at a competitive bidding interest rate.

Following the central bank's letter dispatched to the 17 banks on December 25, 2019, all of them have applied for a total of 8.7 billion Br in loans, oversubscribing the offer by 3.2 billion Br. Unlike previous times, where the banks were borrowing money from the central bank at their maximum lending rate, NBE made them bid on the interest rate.

The loan from the central bank arrived on the scene at a time when banks pay out dividends to shareholders and taxes on profits to the tax authority, which places their operations in a tight liquidity environment.

In their loan applications, which were submitted a day later, the highest interest rate offered was 15.29pc, while the lowest was nine percent. The winning weighted-average interest rate was 10.6pc. The banks were notified of the result and told to sign the agreement.

While availing the loans, the central bank set the lowest interest rate at nine percent, which is 4.5 percentage points lower than the average lending rate of the commercial banks. The loan has a maturity period of two months. The central bank also limited the maximum value a particular bank can apply for at 15pc of the 5.5 billion Br, which is 825 million Br.

To ease the cash-strapped industry, the central bank usually offers loans to banks with an interest rate that is equivalent to their maximum lending interest rate. The banks were requesting whatever amount of value they need to stabilise their liquidity conditions.

The headquarters of the National Bank of Ethiopia (NBE) located off Sudan Street.

Unusually, the current liquidity crunch in the banking industry is very severe this year, according to a senior bank president at one of the larger commercial banks.

"Due to the existing foreign currency crunch coupled with the higher inflation rate and depreciation of the Birr," said the bank executive, "depositors aren't coming to us, while the remaining are withdrawing money to put the cash on collateral."

Last month the headline inflation rate reached 20.8pc, while the Birr against the dollar weakened by 0.2pc every working day.

Thus, operators in the banking industry are currently facing challenges to clear checks among them, according to sources close to the case.

In fact at a single branch, Commercial Bank of Ethiopia's Finfine Branch, over one billion Br worth of checks is waiting to be cleared, according to a source knowledgable on the matter.

The liquidity crunch at the banks is expected, since most of the private banks were operating in tight liquidity conditions last year, according to Abdulmenan Mohammed, a financial statement analyst who closely follows the financial reports of banks.

The average loan-to-deposit ratio of both private and state banks was 58.7pc last fiscal year, which was higher by over three percentage points from the previous year.

The banks' liquidity ratio (a financial metric used to determine the ability to pay off debt without raising external capital) stood at 17.2pc, growing 16.2pc from the preceding year. The central bank requires banks to maintain liquid assets of no less than 15pc of their net current liabilities.

"Considering the size of the banks, which are growing," said Abdulmenan, "the central bank should increase the rate to minimise risk."

He also says the oversubscription of the banks shows the current liquidity crisis has reached a concerning level.

"This happens at a time when the central bank has lifted the NBE bill purchase requirement on banks," he said, "which helps the banks improve their liquidity level."

For the past eight years, the private banks had been purchasing a 27pc bond from the central bank whenever they approved loans and advances. Over this period, the banks bought a total of 116 billion Br of the NBE bills, of which 30 billion Br has matured and was repaid.

Appreciating the central bank's initiative to improve the liquidity crunch, some bank executives are not happy with the interest rate.

"It's not fair to pay interest to the national bank, while we have a huge amount of money with the bank in the form of NBE bills," said a senior bank president. "The Bank should have given us the money, and we can return it later."

Authority Spends 25.8b Br on Roads Ahead of Fiscal Year Closing

A Bank for the "Missing Middle" in the Offing
Share this...