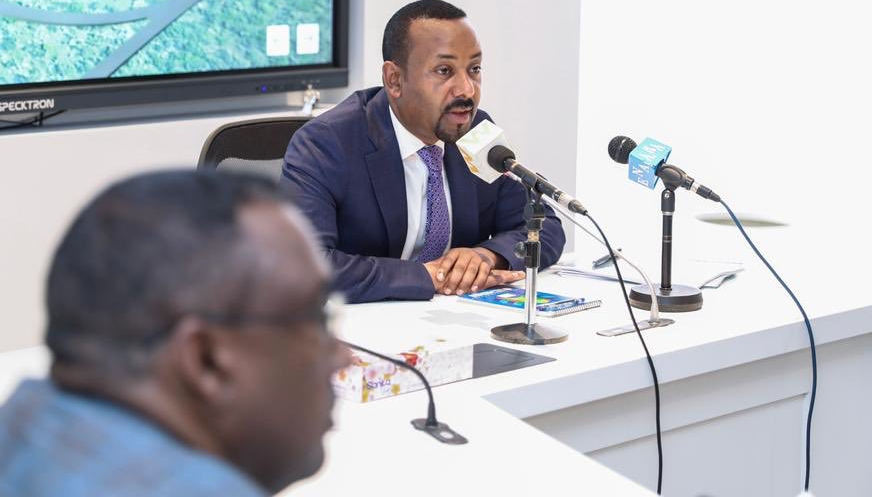 The Office of the Prime Minister has formed a task force that will be tasked with fighting contraband and illicit trading in a bid to tackle ever-growing contraband activities.

Chaired by Deputy Prime Minister Demeke Mekonnen, the task force has 28 members. Ministers of Agriculture, Health, Trade & Industry, Mines & Petroleum and Finance; governor of the National Bank of Ethiopia; representatives from the Office of the Attorney General, Police Commission, the National Intelligence & Security Service; and heads of the regional states are among the members.

Two years ago, the Council of Ministers formed the same task force, which was chaired by former Prime Minister Hailemariam Desalegn. The former team has the then Ethiopian Revenues & Customs Authority as a secretariat, while representatives from the then Ministry of Trade, National Export Coordinating Council and the then Ministry of Finance & Economic Cooperation were members.

"The new task force will be the extension of the previous," said Zemede Tefera, state minister for Revenues, “But this one has more power and commitment.”

The team will use this month as a preparation period and will commence operations in September, according to Mulugeta Beyene, deputy commissioner of the Customs Commission in charge of customs compliance.

The contraband activity has been a headache for the country, becoming the primary reason for declining export revenues. In the just-ended fiscal year, Ethiopia earned about 2.7 billion dollars from commodity exports, well short of the planned 4.3 billion dollars.

The value shows a 6pc decline from the preceding year. Along with political instability, low commodity quality, the volatility of global prices and electric power interruptions, the growing contraband trade activity was mentioned as the leading cause for the decline of export revenues.

Agricultural commodities and minerals are the most smuggled commodities out of the country and are done through a well-organised network, according to Debele Kabeta, commissioner of the Customs Commission.

The value of contraband commodities seized by the Commission is also increasing in the past couple of years. Products valued at 450 million Br were confiscated in 2014 by the Commission while being smuggled into or out of the country. However, the value rose to more than 1.6 billion Br during the just-ended fiscal year.

The commodities are smuggled into and out of the country through five gates including Addis Abeba Bole International Airport, Hawassa, Jigjiga, Mile and Moyale. Clothes, electronics, food, beverages, drugs and tobacco are among the products smuggled through these points illegally.

Bole International Airport ranks first with 334.5 million Br worth of commodities, which were seized by the customs office while entering the country. At the Ethio-Kenyan border, Moyale ranks fifth with 126.4 million Br worth of products confiscated in the past fiscal year.

Tesfaye Melaku, a lecturer in the economics department at Bahir Dar University, argues that the multifaceted impact of contraband and illicit trade are caused by the collective failure of society's social values, which in turn impact the political and economic system of the country.

Tesfaye says that forming formal market centres, like the Ethiopian Commodity Exchange for commodities, that transact in contraband products such as cattle could be one solution.

"This way the country can save the foreign currency it is losing due to the contraband trade," he said.

It's Customer Service, Not Penning the Air Force