Stalled Projects Pour 44b Br Down the Drain 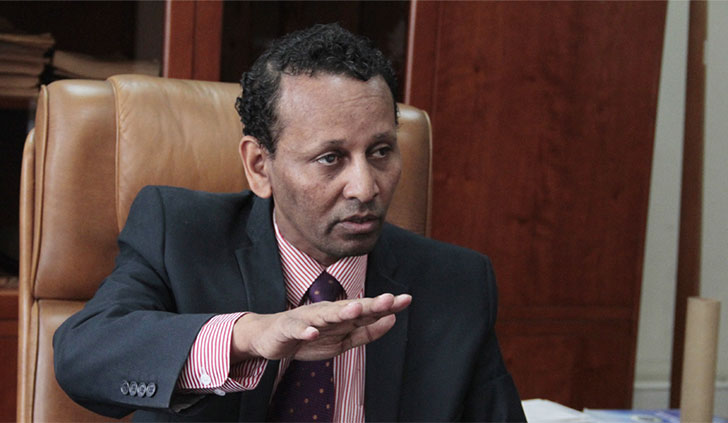 The government has allocated an additional 44.3 billion Br from its budget to prop up 290 poorly planned and managed public projects, disclosed an audit report issued by the Office of the Auditor General.

The audit reveals that 32 projects have been delayed for more than five years due to poor project management; 54 projects remain suspended for up to five years; 208 projects are delayed by a year to three years; and 75 projects are suspended between a half year and 12 months. In addition, 16 other public projects that commenced work without feasibility studies were terminated after spending 246.6 million Br.

The Ministry of Finance, the government body mandated to follow up with and manage the performances of public sector projects, has failed to do its job, according to the Auditor General.

"The Ministry neither used the project preparation, evaluation and appraisal guidelines itself nor managed to facilitate other governmental bodies to implement it," said Gemechu.

Out of the 44.3 billion Br disbursed, 72pc was allocated to 18 projects run by the former Ministry of Water, Irrigation & Electricity.

The Office has conducted financial and procedural audits on 174 governmental departments and 46 branch offices where it found close to six billion Birr in uncollected receivables from other institutions.

The National Disaster Risk Management Commission, Addis Abeba University and ministries of Defence and Foreign Affairs were found to carry the highest gaps.

Uncollected taxes, tariffs from marine and land transport systems, insurance, compensation accounts and unapproved or unregistered accounts from 80 offices and 21 branches reach nearly nine billion Birr, according to the report.

Most of the gaps in uncollected taxes are mainly from the former Ethiopian Revenue & Customs Authority and its Modjo, Adama and Addis Abeba Airport branches.

Inflated payments, illegitimate procurements and unapproved or unregistered expenditures also accounted for three billion Birr in gaps, according to the audit finding.

Last financial year's audit report also revealed that from the 174 audited offices, 25 achieved an unqualified opinion, which indicates that all financial records are fairly and appropriately presented. The number of institutions in this category has remained the same for the past two audit years.

About 89 institutions received qualified opinions, which include an extra paragraph that contains comments about why the audit was not unqualified. The number of institutions who received this status increased by 16 from the 2015/16 fiscal year and by two in the last budget year.

The disclaimer of opinion ratings was issued to 11 governmental offices, which has increased by six from the 2015/16 fiscal year and by three in the last budget year. This type of opinion is given when essential financial records are missing. This means the financial status of the institutions could not be determined.

Forty-nine offices received an adverse audit opinion, which indicates that either the institution's financial records do not conform to the required standard or the financial records provided by the public entities are fraudulent, erroneous or unusable. The number of institutions in this category has decreased by four from the last two audit years.

After conducting an audit, the Auditor General held exit conferences, where the audit findings and discrepancies were pointed out and recommendations were proposed to the management and employees.

Gemechu has called on parliament, the Council of Ministers, the Ministry of Finance and the Federal Attorney General to take the necessary measures to rid the nation of this vicious cycle of audit gaps.

“Similar types of audit findings are reported each year," he said. "This clearly points out that no efforts for improvement and accountability have been made by the institutions and the executive branch,” he concluded.

The Audit report caused a stir among members of parliament who debated the issue at length, expressing their disappointment with the Attorney General, whom they have tasked to hold managers of institutions accountable for not implementing recommendations of the Auditor General's report.

After his last audit report, a special committee was formed consisting of parliamentarian standing committee members, representatives of the Ministry of Finance, and the Attorney General's office to investigate the audit findings and to take corrective actions.

Abere Ayenew, a member of the standing committee for Public Expenditure Administration & Regulation in parliament, suggested a revision of some financial and procurement directives that deter the performance of the institutions and strengthen the implementation of the laws to make management accountable.

Henock Semaw, dean of the College of Business & Economics of Haramaya University, also shares the opinion of Abere, adding that increasing the capacity of government employees in planning, financial and project management is essential.

“The major deficiency in our institutions is the implementation of laws and directives and assigning the proper person at the proper place,” he said.

Tagesse Chafo, the speaker of the house, promised to prepare a resolution that will be discussed this week and sent to the Office of the Prime Minister.

ECX Transacts 36.1b Br Worth of Commodities