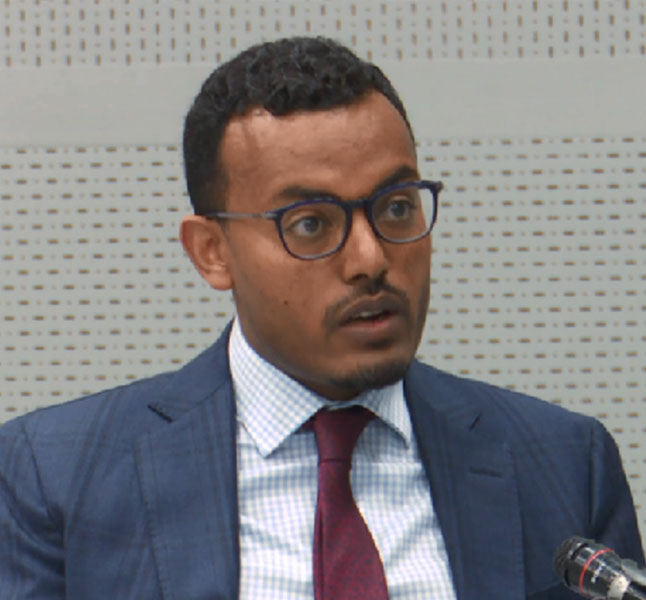 The much anticipated continental-wide free trade area for Africa has been launched beginning January 1, 2021. However, negotiations are still ongoing  as to what degree and how early African countries open up their service sectors, such as finance.

The African Continental Free Trade Area (AfCFTA) initiative, to which Ethiopia is a signatory, is aimed at creating a free and single continental market for goods and services.

Negotiations of the free trade bloc were launched in 2015, and the agreement was signed three years later during the 10th ordinary session of the African Union Summit in Kigali, Rwanda. Except for one country, 53 states on the continent have signed the AfCFTA, which comprises a 3.4-trillion-dollar economy and 1.2 billion people. Out of the signatories, 34 countries, including Ethiopia, have ratified the agreement.

The agreement requires member states to make a 90pc tariff cut gradually. Members with more developed economies are expected to cut the tariff in five years, while less developed nations are expected to take 10 years to fully enact the tariff cut. Based on the agreed upon rules of origins and tariff offers, 41 countries and customs unions have submitted tariff reduction schedules.

After the agreement signing, the AfCFTA was meant to be kicked off in July 2020, but it was postponed due to the Novel Coronavirus (COVID-19) global outbreak, which restrained in-person negotiations. In December 2020, the extraordinary assembly of heads of state and government decided to transfer the AfCFTA instruments to the Secretary General of the AfCFTA, and the bloc was officially launched on January 1, 2021.

The Free Trade Area, the largest trade area established since the World Trade Organisation (WTO) in 1995, aims to double inter-African Trade by 2035. Launched under the theme of  “Creating One African Market,”  the initiative falls under Agenda 2063 of the African Union. African countries mostly sell primary commodities to other continents. Only 18pc of their exports are traded within Africa, where they often face high tariffs.

However, some negotiations are not closed yet, according to Moussa Faki Mahamat, a chairperson of the African Union Commission.

“We shall conclude the remaining negotiations by July 2021,” said Moussa Faki, during the virtual launching ceremony held on January 1, 2021.

Ethiopia, a founding signatory of the AfCFTA who had ratified the parliament's agreement in 2019, is one of the countries that did not make offers for negotiation to trade in services.

This is the first free trade agreement Ethiopia is part of, according to Mamo Mihretu, senior policy advisor and chief trade negotiator at the Office of the Prime Minister.

"It's consistent with our pan-Africanist foreign policy," said Mamo. "And economically, it makes sense for Ethiopia to sign the agreement."

The negotiations on trade in services are yet to happen, according to Mamo, who also says that there is no rule under AfCFTA that requires Ethiopia to open its financial sector.

"If we're going to open the financial sector," he said, "we'll do it at our own pace, according to our domestic regulations and taking our current reform programme into account."

With the opened trading bloc, Ethiopia will take part in the goods trade using its existing investment laws and regulations, according to Mamo.

Ethiopia has also reinstated the WTO accession process after an eight-year halt, placing a revised offer for goods and starting bilateral market access talks. The country exports about 14pc of its export products to the African market while receiving four percent of its imports from African countries.

Ethiopian authorities see the platform as a huge market opportunity for local manufacturers and exporters.

"In this case," said Mamo, "we have both offensive and defensive interests. And it creates a clear and strong market opportunity for Ethiopian companies."

The full tariff cut is expected to be enacted in 12 years, according to Mamo.

"This is something we'll implement progressively," he said. "On the back of AfCFTA, we can also attract foreign direct investment."

Melaku Ezezew, president of the Ethiopian Chamber of Commerce & Sectoral Associations, which has 18 member chambers of commerce, says that the business community does not have much awareness. The plan to create awareness has been delayed due to COVID-19, according to him.

"It has to be started somewhere," said Melaku. "And we need to brace ourselves. The challenges through the process will bear us opportunities."

Melaku also believes that the government and the business entities need to go a long way to expedite the free-trade bloc opportunities.

"The government should work on addressing the severe foreign currency crunch, which is the major bottleneck for local manufacturers," he said. "Manufacturers and exporters should improve the quality, quantity, and variety of local products."

Melaku, who criticises local businesses for focusing on what can easily make money, says that factories need to shift to producing industrial products.

The start of trading is an excellent step that will create a synergy among the African countries, according to Wassihun Belay, an independent economist with a decade of experience. Wassihun says that even operationalising it partially means a lot to the member countries.

"It'll remove tariff barriers and solve cumbersome bureaucracy," remarked Wassihun, who says that the system is more practical for the trade in goods.

The member countries will face a serious challenge to successfully launch free trade for services, especially in the financial market; trading with the same currency; and borderless travel, according to him.

He also mentions a couple of other obstacles that the bloc might face. Deteriorated relationships among some countries, unbalanced trade, and countries' economic statuses are among the challenges he mentioned.

"If countries believe that products are being dumped in their territory," he said, "they'll close their doors."

Most of the countries could conduct transactions in raw materials since the continent is known to be an exporter of raw materials, according to Wassihun.