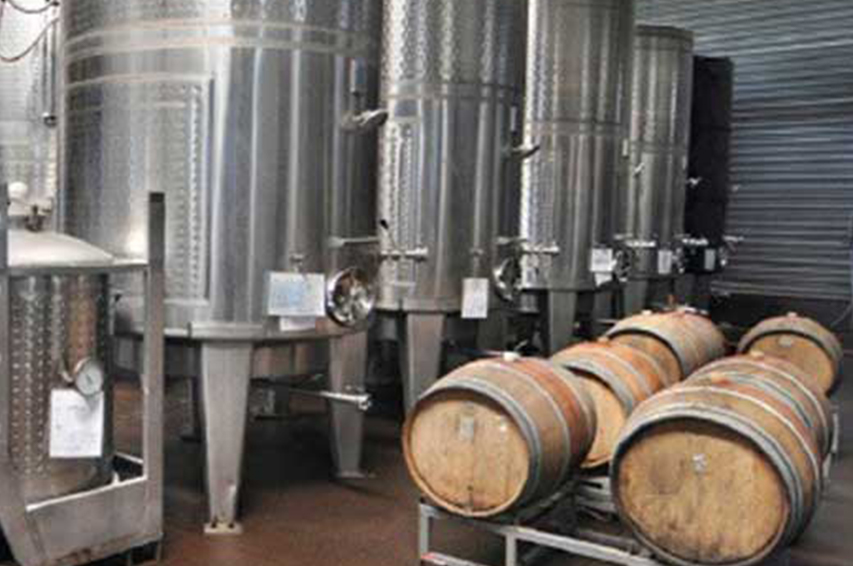 At Rorank's factory at Chacha, the company has now started making sanitiser.

After conducting negotiations with representatives of the labour union, Rorank Business S.C., a company that makes alcoholic spirits including the SuperEagle and Crystal brands, has reconsidered employee layoffs. Now employees are resigning after receiving compensation.

The employees departed from the company after the management dispatched a letter stating that it was going to lay off 148 of its 416 employees due to plummeting demand. In its letter addressed to its employees both in Addis Abeba and its sales teams across the country, dated April 9, 2020, the company claimed that lack of sales and loss of revenue meant it was unable to pay its debt and loan interest.

Rorank, in the same letter and at a meeting held with its employees, declared that within the first quarter of this year it incurred a loss of 20 million Br and an overall loss surpassing 157 million Br since 2017 and that it cannot continue paying wages.

"It was news to us, and employees were upset that this wasn't shared with them until now," said Chemire Zemedkun, boiler operator and representative of the worker's union.

Being operational for the past three years, Rorank had initially decided to reduce its employees commensurate with the demand for its products as an alternative to completely shutting down the factory.

However, following the state of emergency, the company has had to retrace its steps.

"The employees were deeply upset by the decision and were negotiating terms with the company representatives when the state of emergency was declared," he said.

The state of emergency states that all private companies are prohibited from terminating the contract of any employee outside of what is legally stipulated by the Ministry of Labour & Social Affairs. The Ministry, under the  COVID-19 Tripartite Workplace Response Protocol that came into effect on March 27, 2020, instructs employers to exhaust other options before laying off their employees.

The company offered two options to the employees it had initially decided to lay off, according to Chemere.

"One was to take a third of their salaries for the coming three months and stay home, while the second option was to terminate their contract but also provide compensation based on the length of their service.

The negotiation resulted in most employees, 80 of the 148 employees initially designated for reduction, taking their compensation and leaving the company, according to the Labour Union.

Most have salaries close to 2,000 Br, so a third of their monthly salary was not something they could live on, according to Alayu Legesse, the production supervisor at the factory.

"Additionally, they also had to pay it back after three months," he said, "so we started pushing for a better compensation scheme that yielded a better result."

The compensation scheme turned out to be inviting even for those who had not been initially destined for layoffs. An additional eight people have resigned along with 80 of the workers in the Chacha factory, taken their compensation and left the company.

While companies could have reduced their workforce, citing slowdowns of business and revenue loss on the Labour Proclamation, this is no longer applicable according to Mehari Redai (PhD), an employment law lecturer at Addis Abeba University.

"However, this doesn't exclude the reasons for terminating contracts based on disciplinary issues," he said. "Additionally, the Protocol stipulates that companies could provide a loan to some employees it deems non-essential upon a promissory note of rehiring once the situation is better."

Though the company had offered these two options, most employees have chosen to take their compensation and leave.

Among the available options that were established by the Protocol, allowing employees to take their annual leave from the current year and next year is one of them. Cutting back on allowances and paying only a basic salary is another. However, these measures all provide short-term solutions, according to Mehari.

"Especially when it comes to small business, they are already impacted heavily and have let go of their employees; and even the bigger companies, after exhausting all these options, can terminate contracts," he added.

Rorank is now rehiring some of the same employees that had left on a short-term contractual basis to work in the factory, which has now switched to making sanitiser.

Representatives of the company and Vasari Global, the investment group with majority ownership of Dashen Brewery S.C., did not respond for comment.

Corporation to Proffer Housing for Employees

Abyssinia Bank Employees Give Hand to Victims of COVID-19

Hoteliers, Employees on the Outs as COVID-19 Proliferates
Share this...