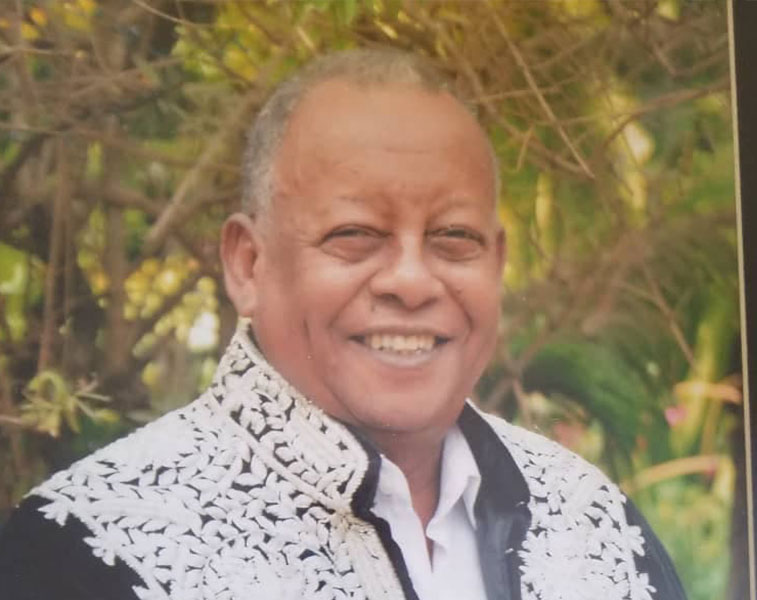 Several years ago, Tsegaye Asfaw, head of the over a century-old Chamber Printing House, had his eyes on some Solna printing machine models. He mulled going through his usual supplier, Mosbez, an agent in Ethiopia that prides itself for its ”close relationship to customers” for four decades. But Tsegaye felt he needed to seek a different route this time. He imported the machines directly from the manufacturer without going through Mosbez.

There is not much that happened in the printing industry, whether with companies owned by the state or privately held, without Bezuayehu Tesfaye, who founded and ran Mosbez, eventually finding out.

”All roads in the printing industry lead to Bezuayehu,” says Tsegaye, remembering Bezuayehu, who passed away on January 26, 2022, after a bout of illness. His funeral was held the following day.

The foreign supplier alerted Mosbez to the purchase of printing machines in Ethiopia. Bezuayehu contacted Chamber and offered his company’s expertise over any after-sales services. He told them that he knows they have a new model and would be glad to offer maintenance or assembly services they needed. No grudges were held. And need his help, they did.

”The technology had changed. It was a new model. We needed his help,” says Temesgen. ”He didn’t accuse us of betraying him. He gave us all the technical help we needed, including maintenance and spare parts.”

Bezuayehu’s expertise and depth of knowledge are legendary. He was especially adept in customising products to the needs of the various printing houses, be it Chamber, Berhanena Selam, Mega or Artistic printing companies. Need consultancy and advice establishing a publishing company? Bezuayehu was the man to visit.

He had nationals and non-nationals on his payroll and worked with a diverse group of printing technology experts and electrical and mechanical engineers. Knowledge transfer and capital were critical to Mosbez. He attended trade shows diligently, especially those held in the German city of Dusseldorf, where he invited Tsegaye and his brother.

”His footprint in Ethiopia’s printing technology is second to none,” says Tsegaye, who considered him a mentor.

The road to Mosbez was long, and never that obvious. Bezuayehu was born in Addis Abeba, in the neighbourhood of Gullele 86 years ago. He came into the world just as Fascist Italy invaded and occupied Ethiopia. The next five years meant a childhood rocked by war and displacement. But peace eventually returned after the country was liberated. It meant time for school for the future founder of Mosbez. He advanced well in his studies, going to Addis Abeba University, which used to be known as Haile Selassie I University, to study business.

He started his career at a government ministry, serving in various positions before moving onto the private sector. His journey led him to a company known as Mosvold, where he headed their accounting department. This was no slight turn in his career. The company left such a mark on young Bezuayehu that when he left and founded his printing supplier company, he named it by combining Mosvold and his own name, Mosbez.

Bezuayehu had interests beyond printing technology. He loved tennis, founding the International Tennis Club, a sporting and entertainment company. He was also a founder and president of the Ethiopia Tennis Federation.

About two decades ago, he founded the Alem Children Support Organisation (ACSO), a non-profit, with his wife, Alemnesh Mogese. The foundation supports children with their education and health needs. One of its latest grants was in-kind contributions to a kindergarten and primary school in the Nifas Silk Lafto District of Addis Abeba through financial support from a Canadian non-profit.

”Some 60pc, 70pc of the funds to ACSO come from the family,” says Daniel, the first of five siblings that survive Bezuayehu.

Daniel has succeeded his father in running Mosbez. He saw in his father a modest man, uninterested in status but sociable nonetheless. The family business has had an enormous impact.

”I used to stay with him at the office and join him on business trips,” he says. ”He worked so hard we did not even get to take a vacation in a long time.”