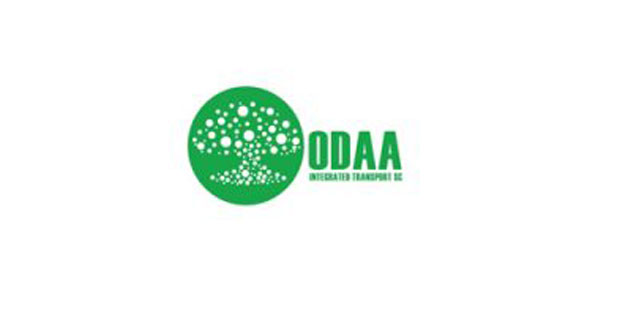 It has also started construction of fuel stations in Dire Dawa, Bale Robe, Dur Bete, Metekel and Negele Borena and hopes to begin operating the two gas stations in the coming months, according to the CEO.

ODAA Integrated Transport S.C, part of the economic revolution in the Oromia Regional State, has joined the local petroleum retail market by building two gas stations on the outskirts of the capital with a 40 million Br investment.

Once operational, the company will be the 30th fuel retail company in the country, which consumes 5.2 billion litres of fuel a year valued at three billion dollars. The nation’s consumption of petroleum has been growing at an average annual rate of 10pc for the last five years.

Before venturing into the businesses, the company conducted feasibility studies that suggested petroleum retailing and cross-country transportation as potentially profitable business areas, according to Eshetu Zeleke, the company’s CEO.

Planning to commence operations in a month, the company has fulfilled the requirement of the Ministry of Trade & Industry, which stipulates the construction of a minimum of two fuel stations and a fuel depot with a total capacity of holding 500,000lt.

The company invested 40 million Br for the construction of the two stations, which each sit on 5,000Sqm of land. The two stations are located at Gelan Condominium and the old customs station situated along the Addis Abeba-Adama Road.

It has also started construction of fuel stations in Dire Dawa, Bale Robe, Dur Bete, Metekel and Negele Borena and hopes to begin operating the two gas stations in the coming months, according to the CEO.

ODAA Energy has put in a request to the Ethiopian Petroleum Supply Enterprise (EPSE) to receive 30 trucks of fuel daily, which is about 1.4 million litres.

The Enterprise, the sole importer of refined petroleum products in Ethiopia since 1967, is reviewing the request, according to Alemayehu Tsegaye, communications director of the Enterprise.

The 29  operational oil retail companies operate approximately 800 fuel stations across the country, 120 of which are found in the capital, which consumes 65pc of all fuel imports, roughly 12.4 million litres daily.

The four big companies - NOC, Total Ethiopia, Yetebaberut Beherawi Petroleum and OiLibya - control 92pc of the retail market in the capital and a 75pc share of the petroleum market in the country.

Experts in logistics and supply chain management like Matiwos Ensermu (PhD) see the increasing number of oil retailers as positive, saying that it will bring about greater reliability to the market.

“If one of the companies fails, another one takes its place, and the market won’t be disturbed,” said Matiwos. “Especially in an economy where scarcity is rampant, having more retailers protects the consumer from sporadic price increases."

Matiwos recommends companies in the retail business consider opening stations away from the capital, where many retail outlets are concentrated.

"This inadequate number of retailers in rural areas has opened the door for the parallel market to thrive," he said.

ODAA started selling shares in 2017 and has amassed nearly 10,000 shareholders, including the Oromia Coffee Farmers Cooperative Union and Oromia Road Construction Enterprise. Established with 400 million Br of subscribed capital, the company is also venturing into the cross-country transportation business.

"For cross-country transportation, we have imported 50 Volvo trucks, and we are processing customs clearance from the Ministry of Revenues and Ministry of Transport," said Eshetu.

“We hope to complete this process within two months,” he told Fortune.

Not only ODAA, established with the help of the regional government as a means for the economic revolution in the regional state, but also Ambo Gnmer Manufacturing, Mining & Agro-Industry, Kegna Beverages and Oda Transport are other companies that have ventured into business in the last two years.

Ethiopia Ought to Hail the New Frontier of AI

Beef not for Dinner as Butchers Decry New Taxes

Who Pays for the New Economic Paradigm?